I never thought I would have reason to write: ‘It has been a quiet few months on the live sheep export front…’ — but it has!

For nearly four months, huge sheep ships, that would normally be plying the Middle East trade, have been sitting empty off the West Australian coast, accruing massive costs for the companies. We managed to firmly upset the ‘apple cart’ of this cruel industry. 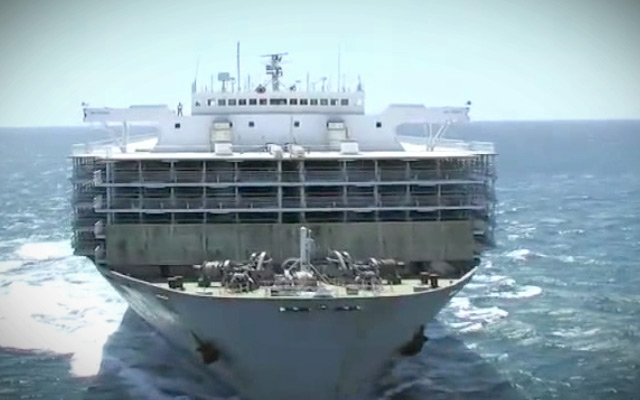 Most importantly, we now know that our threat of legal action prevented over 500,000 sheep from being shipped across the Middle East summer — the first time the trade has been stopped in over half a century.

When we heard last week that the Department of Agriculture had granted an export licence to a Kuwaiti company, we were disappointed — but not surprised. Under a Morrison government it was inevitable that the shipments would recommence once the heat had diminished. But rest assured, the industry is under no illusions that it will ever be the same again. They know that their ability to exist rests with the Morrison government being in power — so exporters would be having sleepless nights watching their support plummet in the polls.

As for the Kuwaiti company — it should never have been granted a licence, of course. We presented the Department with an extensive legal brief documenting their history of involvement in mass mortalities and ESCAS breaches. While the Department has shown unusual courage over the last six months in cancelling our largest exporter’s (Emanuel’s) export licence, it seemed causing offence to the Kuwaitis, by not granting this export licence, was a step too far for them.

The Department itself is about to face its ‘judgement day’. Next week will see the release of the independent review into the regulator. We have every reason to believe the conclusions will be damning and the recommendations strong. Exporters know that they cannot survive independent scrutiny, so it’s not only the Department that won’t be looking forward to the findings of this review.

This is a rare time of opportunity. Our political landscape is effectively being reshaped through the voice and votes of fed-up Australians. A clear message was sent in the Wentworth by-election that Australians want politicians to prioritise the issues that matter to them. A once blue-ribbon Liberal seat is about to be held by an Independent candidate who is a strong advocate for environmental, social justice and animal welfare issues. Dr Kerryn Phelps will deliver us another critical vote for sheep in the parliament.

Mark, the months since 60 Minutes have passed in a blur. But every long night, every weekend worked, has been worth it. Most politicians now support an end to the trade; the most basic new welfare rules are coming at a huge cost to the industry and threatening their ability to make money; and we are now only ONE vote away in the Federal parliament from an end to live sheep export.

And of course, whatever happens, we have the historic Labor commitment to end the trade if elected at the next Federal election. The path is there. It is now a matter of when the trade ends, not if.

It is finally dawning on politicians that their constituents expect them to represent their views and interests — not their own. So there has never been a better time to reinforce your view on animal cruelty — and demand that they bring an end to the live animal export trade.

Mark, for your compassionate action on behalf of animals, our gratitude to you is endless.

Lyn White AM
Director of Strategy