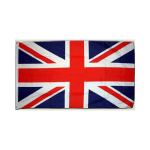 “I have never been so devastated as I was over Jill’s death. I will never forgive those involved in animal abuse and to a certain extent the meat eating public who are as much to blame – if the trade in animal cruelty and death didn’t exist we would never have had to demonstrate.

I will never forget Jill and love her forever”, has written Pam Brown, a close friend of Jill.

And that’s how it happened:

On Wednesday 1 February 1995, 31 year old protester Jill Phipps was crushed to death under the wheels of an export truck carrying baby veal calves into Coventry Airport. Despite the fact that nearly 100 officers were on duty that day, 10 of the 33 protesters present had broken through police lines and attempted to bring the lorry to a halt by sitting on the road and attempting to chain themselves to it.

Jill and the others mistakenly assumed that police officers and the lorry driver (Stephen Yates) would respect human life a little more than animals, they were wrong. Police on duty allowed the export lorry to continue making progress despite the clear safety problems.

The vehicle was only halted by police once Jill had been crushed beneath the wheels. The Crown Prosecution Service decided there was not enough evidence to charge Stephen Yates with Causing death by dangerous driving.

My comment: I did not know the story, I have to confess it. Because nothing was reported on German animal welfare blogs or on Facebook pages. Nowhere.

After informing me about all the incident, a few questions have arisen for me: Why is all the information about this murder made available to the public only via the Animal Liberation Front?

Indirectly, can be assumed that Jill Phipps is classified as a “fundamentalist” by the rest of the animal welfare scene, and that’s why the “conformists” want to know nothing about her death?

Or the outrageous charade of the police and prosecutor’s office has also convinced the morale of animal rights activists, that Jill Phipps “deliberately” decided to squirm under the wheels, even though she had decided to continue fighting for animal rights ?

Questions to which I would like to get an answer from the comrades of the animal rights community.

4 thoughts on “Some questions about the case Jill Phipps”