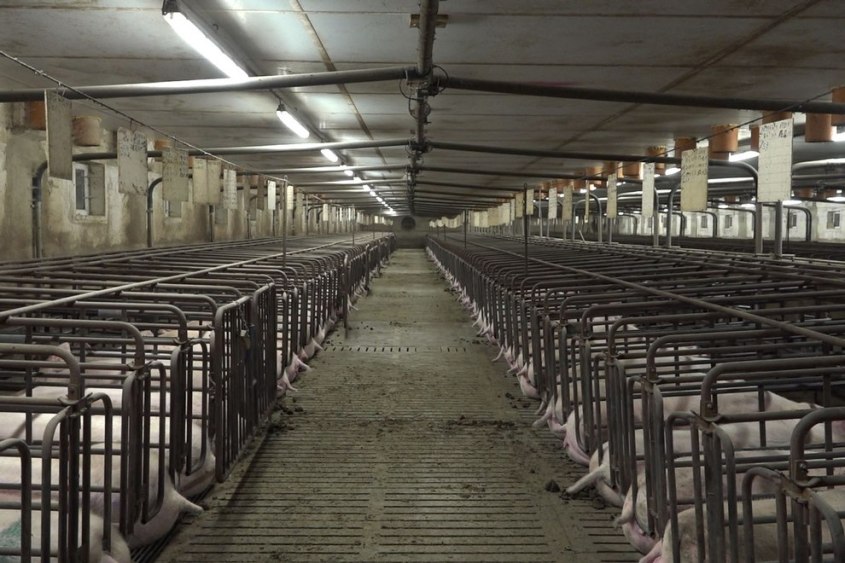 The current Federal Agriculture Minister of Germany, (the worst for animal welfare but the best farmer lobbyist as she only does what they want), Julia Klöckner wants to legalize the too narrow individual cages for sows that have been banned for decades.

A draft regulation by the conservative politician removes the requirement that the animals must be able to stretch their legs.

Only after the possible transition period of up to 17 years would the times be reduced for keeping animals in them, and the length of the boxes will increase to 220 cm instead of 200 as they are now!!

Pigs stands with a width of 65 cm (gilts) or 70 cm (sows) and a length of 200 cm are currently common practice, although a fully-grown pig has a body height of 90 cm.

There must be room for the legs to extend full length.

But if the farmers had to widen the box stands, it could be expensive.

That is why the Ministry of Agriculture wants to lift the regulation, which is annoying for many animal owners.

After a tough fight by animal rights activists, the decision of the Federal Council has been postponed to February 14, 2020. 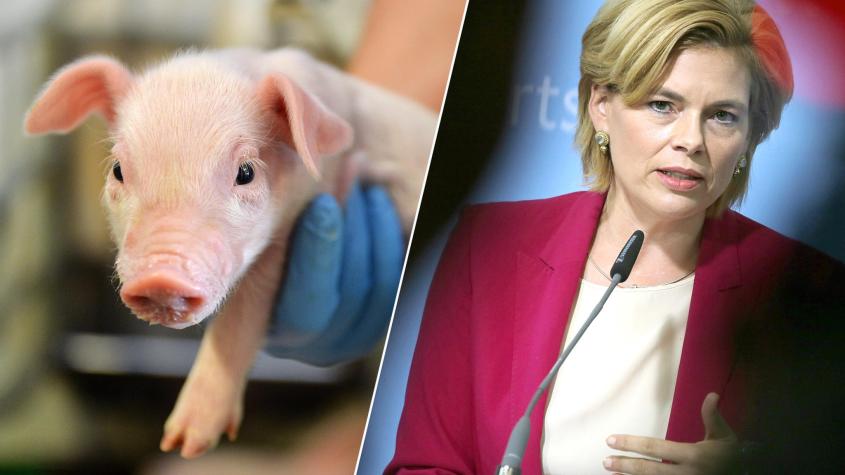 In order to influence this decision positively, there is a letter and a petition to the new head of the EU Commission (Eurogroup knows that) and another petition addressed to the Federal Council of Germany.

The maximum result that could come from the second petition would be that Klöckner shortens the transition period.

Because something else is not to be expected from the Federal Council.

One of them, the green Prime Minister of Baden-Württemberg Winfried Kretschmann, is ceremoniously received by the hunting association in a castle!!

Back to the 1st comment – Klöcker herself is the WORST for animal welfare and the BEST for the farmers – a real friend of the meat industry. 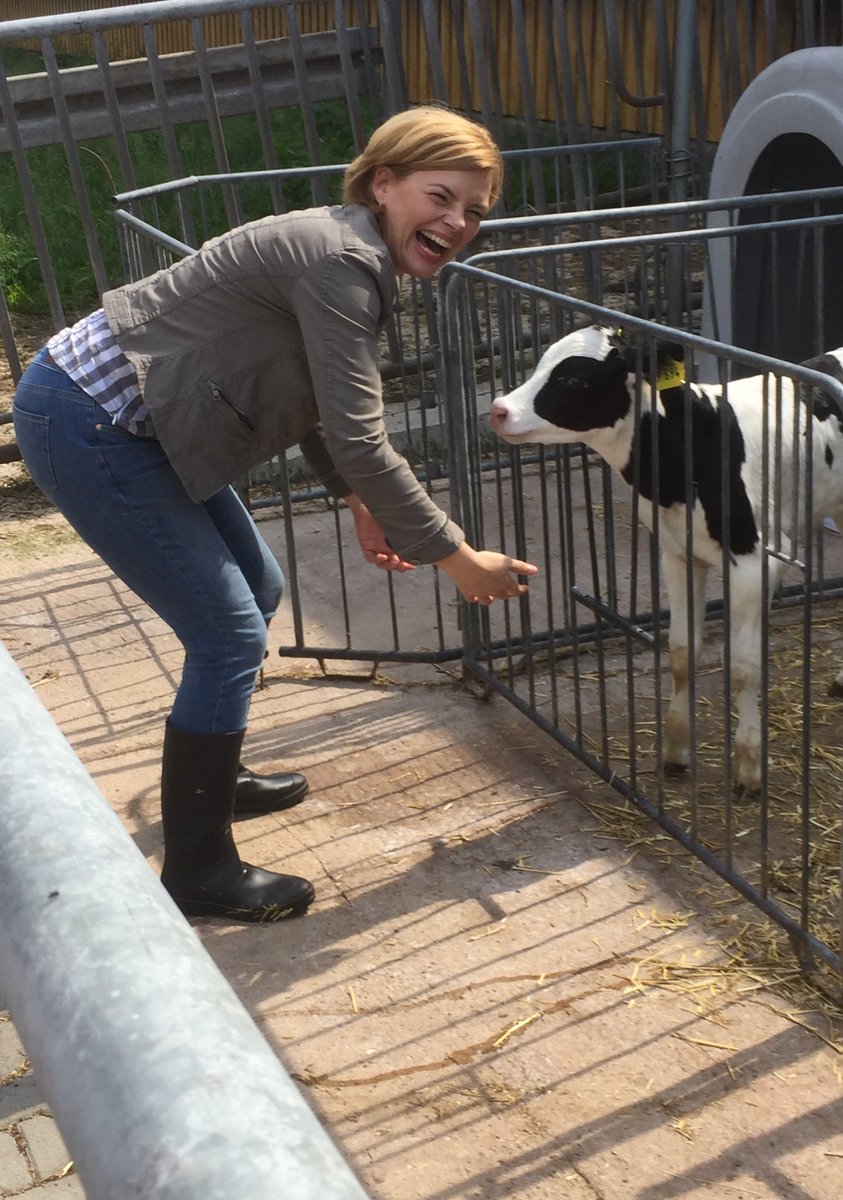 So.. why one petition after another?
Didn’t reach the 1.5 million?
Is that what the initiators of the “end the cage age” campaign actually do?

The animal rights movement has turned into a petition shop.
We feel abandoned and cheated by these initiators.
The crime in Midia remains unpunished to this day, the 1.5 million vision (Ban live exports and break the cage) remains unfulfilled. 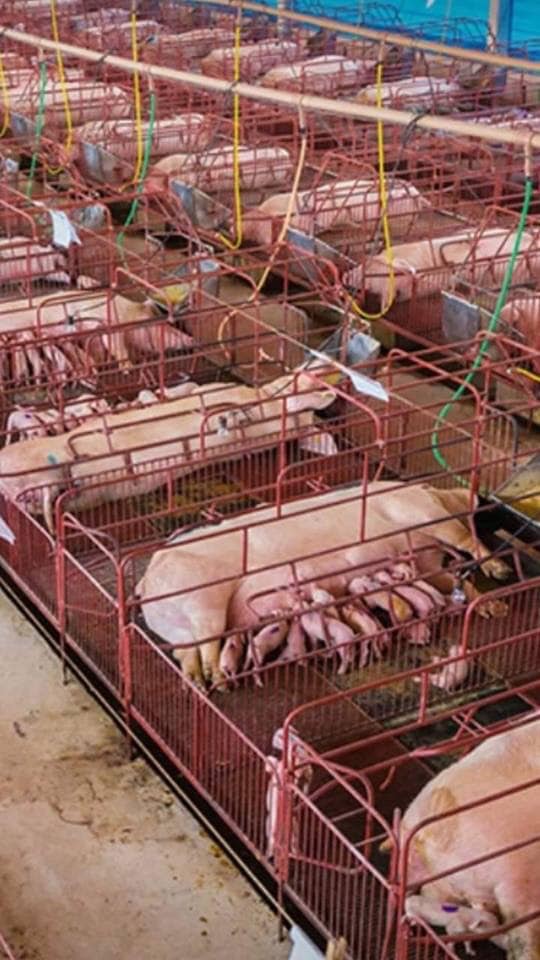 With petitions you can of course keep your post and secure your existence.
Nothing else will come of it.
Even if you started a thousand new petitions.

And it is precisely these new petitions against the pig cages that make us feel uneasy.
The fear that Eurogroup knows more than we do and that is a bad thing.
Namely that the EU Commission will again consciously, knowingly, deliberately betray the animals.

And the Eurogroupe can’t help it because it doesn’t decide anything anyway.
It (Eurogroup) can only work with MEP’s, while we know the Commissioners only have the final say, and not the MEP’s or the EU citizens.

Those who can decide for changes to improve welfare don’t want to, and those who want (the EU citizens) can’t.

In any case, the Agriculture Minister of Germany Julia Klöckner made a decision in advance and acted against the will of 1.5 million citizens with the extension of the pig cages for 17 years! – the advanced decision says little about democracy in what is called a ‘democratic member state of the EU’.

And she does it, even before the EU Commission makes a judgment about the boxes. She is a poodle of the farmers; nothing else. They command and she barks support.

Germany is the most influential country within the European Union and holds the EU Council Presidency from July 2020.

So … if Germany, then the whole of Europe remains in the age of the cage.
The wishes of over 1 million EU citizens has been ignored, as is usually the case.

And by the way, the crimes against animals and the environment go on UNDIMINISHED!

Client: EU Commission and everyone who works for them.

As we always say, the EU is run by lobbyists, not citizens. They get what they want – the common man does not!

2 thoughts on “An open letter to the Eurogroup for animals”