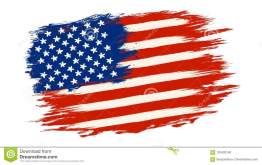 We are thrilled to share the news that Representative Steve King of Iowa, known in the animal protection world as the “King” of cruelty, has finally been ousted after two decades of toxic leadership!

Since his time in office as Iowa state’s U.S. representative, King took anti-animal positions on virtually every issue.

Perhaps King’s most egregious act of all was his proposal of the federal Protect Interstate Commerce Act, which sought to destroy practically every piece of legislation that protects animals on the state level.

In one fell swoop, this disastrous bill threatened hard-won legislation to protect animals suffering in puppy mills, on fur farms, in dog fighting rings, and on factory farms. King repeatedly introduced this bill during multiple congressional sessions and it was defeated only due to the efforts of countless animal protection, environmental, and worker safety groups.

To top it off, King also made statements in support of white supremacy which earned him condemnation from the leaders of his own Republican party. It is unsurprising that a depraved mind that supports animal abuse would be attracted to racist ideas.

One thought on “USA: Good riddance Steve King, you won’t be missed!”