The Community of Madrid lifts the suspension of the activity in Vivotecnia and allows it to continue experimenting!

The Community of Madrid has lifted the precautionary suspension of the experimentation activity in Vivotecnia since June 1.
From PACMA, FAADA, AnimaNaturalis and SOS 112 Vagabundos we will continue with the judicial process against the laboratory, with the aim of safeguarding the animals.

The defendants against the Vivotecnia laboratory denounce that the Community of Madrid has lifted the precautionary suspension of the experimentation activity since June 1, which is why the experiments with animals continue.

The aforementioned organizations denounced the laboratory as a result of a video published by Cruelty Free International last April, in which cruel practices and an absolute lack of respect for the life and integrity of the animals victims of experimentation were observed in the facilities of the laboratory in Tres Cantos. 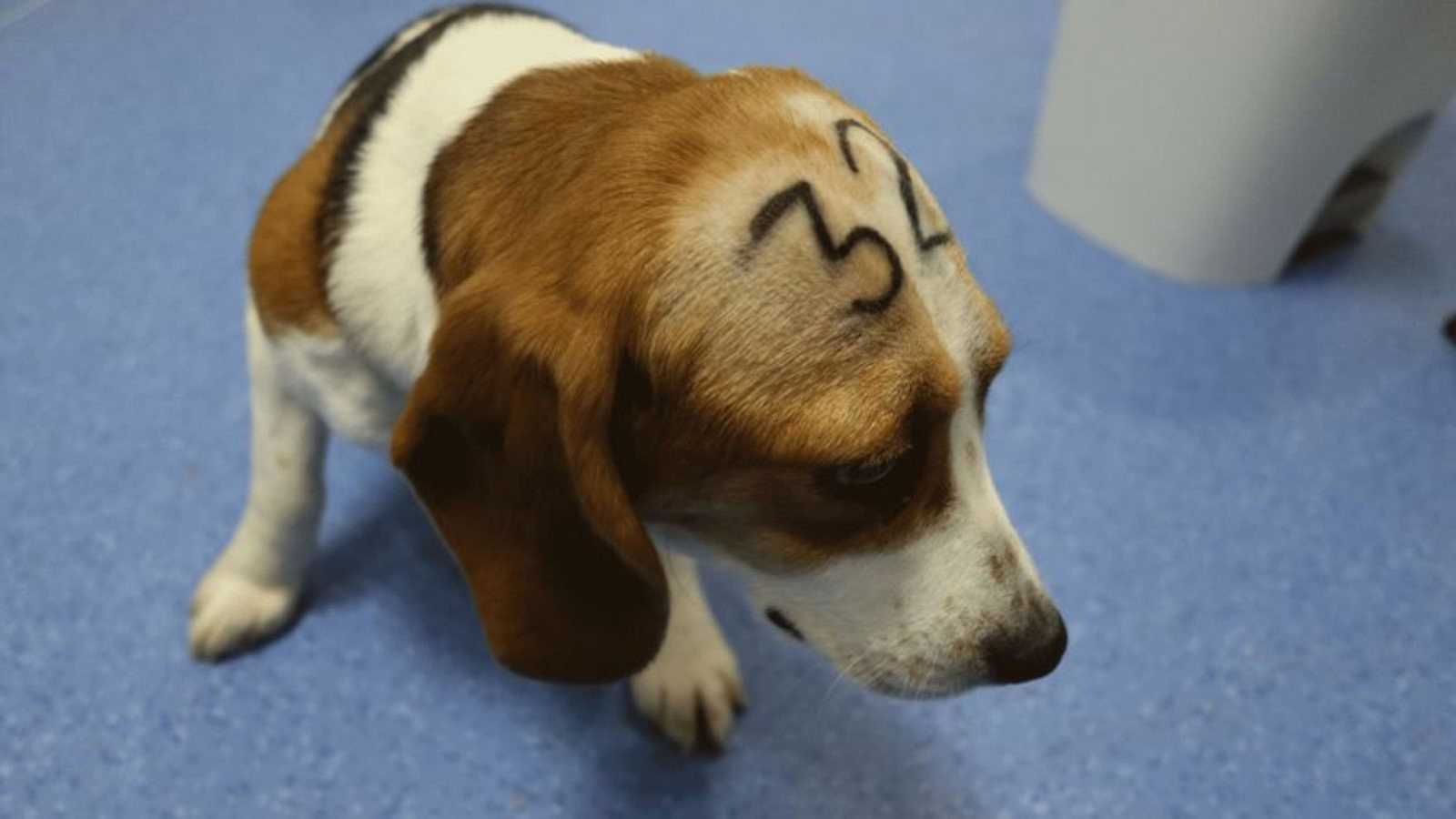 Thus, the Community of Madrid deliberately lied when it announced, in April, that it would proceed to remove the animals from the laboratory.
Not only does it not keep its word, but it has not even waited for responsibilities to be settled in the courts, but is now allowing the laboratory to resume normal activity.

In addition, they never stopped experimenting, despite the communication from the Community of Madrid indicating the suspension of the activity, they authorized to continue with the experiments that were already underway.

As a precautionary measure, all the organizations requested the confiscation of the animals, but this request was rejected by the Colmenar Viejo Court, due to, in its opinion, lack of evidence of animal abuse (!!!)

Given the inaction of the administrations, we called a demonstration in Madrid on May 29 in which thousands of people went to Puerta del Sol under the slogan #RescateVivotecnia.

However, the Community of Madrid maintained its silence.

Now, the Ministry of Agriculture, Livestock and Food has decreed the restart of the experimentation activity in Vivotecnia, something that from the entities we lament and criticize profusely.

“We will continue to fight in the courts to free the animals. We demand that the Government invest in validating and investigating alternative methods to end cruel experimentation on animals. It has no place in today’s society, empathetic and that watches over animal welfare”, we have affirmed the organizations in a joint statement.

All reporting entities will continue with the judicial process, with the aim of safeguarding the animals. We will not stop fighting in the courts against the laboratory!

And I mean…Do you remember our article about the hell of Vivotecnia in Madrid?
https://worldanimalsvoice.com/2021/04/10/spain-close-the-horror-laboratory-of-vivotecnia/comment-page-1/

After it was documented that the animals in this Dachau laboratory were in the hands of psychopaths, sadists and mere animal molesters and the protests boomed, the ministry of Isabel Díaz Ayuso (President of the regional government of the Autonomous Community of Madrid, which is involved in the test laboratory), has closed the laboratory and an immediate investigation has been initiated.

The German company, Vivotecnia , whose headquarters in Spain is located in Tres Cantos (Madrid), tests chemicals used in the pharmaceutical, cosmetic and food industries on monkeys, pigs, dogs, rabbits, mice and rats.

The recordings were made by a former employee of the research company Vivotecnia from 2018 to 2020.
In April 2021, they were released with the help of Cruelty Free International.
The gruesome images caused outrage after their publication. Well-known personalities have joined the protests in front of the laboratory. 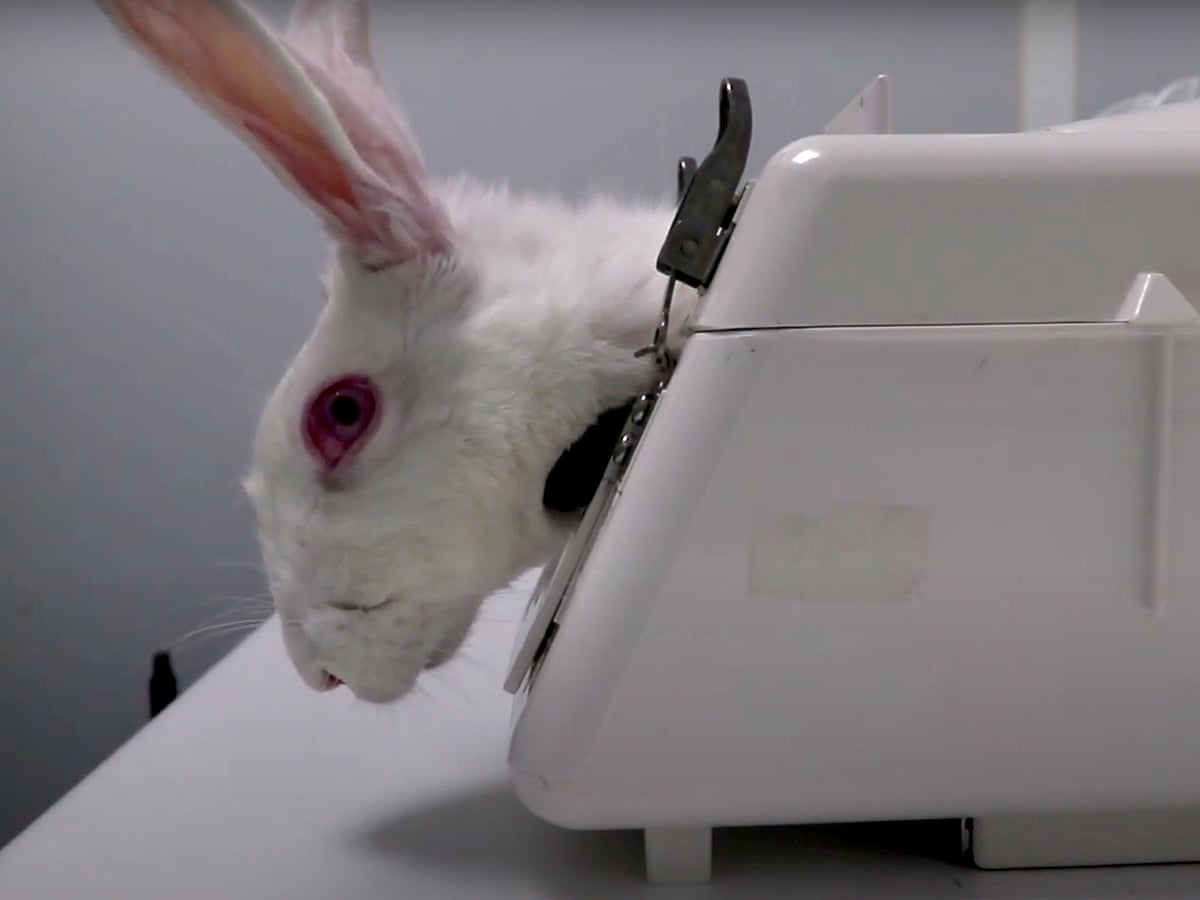 -A senior staff member is seen drawing a face on a monkey’s genitals while he was pinned to a table.
-Staff member threw dogs and rats and cut into animals without anesthesia, the video showed.
-They slapped monkeys on the head, screamed at them and pulled their fur.
-Rabbits were struggling to get out of their restraint devices, fell out and suffered serious spinal injuries, the video released by animal protection group Cruelty Free International showed.

It is unthinkable that this would happen in Europe, we thought.
What’s more frightening: They don’t seem to have the feeling that they are doing anything bad.

Because of the footage, the Madrid regional government temporarily stopped activity at the animal testing facility.

The animals who were still alive at the facility are being rehomed.
The company’s phone number was no longer working, and its website was down for maintenance. In a statement shared by Spanish media, Vivotecnia chief executive Andrés König, said he was “shocked” at the images.

König pointed out that he had viewed the published images and videos with “great concern”, images that have left him “dismayed and concerned” and that do not represent “the day-to-day reality” at Vivotecnia during its 21 years of existence.

As soon as lab criminals are caught, the same slogan comes always: “This is not the day-to-day- reality”!

Spaniards: get rid of this Dachau laboratory and the corrupt politicians who feed it.