LUXEMBOURG. As the Luxembourg Ministry of Agriculture has announced, from March 1st the Grand Duchy will ban exports of live animals for slaughter in third countries – a year earlier than planned by the EU.

With this decision, Luxembourg is becoming a European pioneer when it comes to animal welfare.

According to the Luxembourg Minister of Agriculture Claude Haagen, the ban serves to improve animal welfare on the one hand, and on the other hand it also meets the expectations of the population and the agricultural sector itself.

The Grand Duchy hopes other states in Europe will follow suit and enact restrictions before the European Commission presents its revised rules for live animal transport next year.
Among other things, the transport routes to the slaughterhouses should be limited.

And I mean…In 2019, over 1.6 billion live animals (sheep, cattle, birds and pigs) were transported across and beyond the EU borders.
97% of the animals are birds (chickens, turkeys, ducks, geese).
Cattle, pigs, sheep and goats are mostly transported for fattening or slaughter purposes. 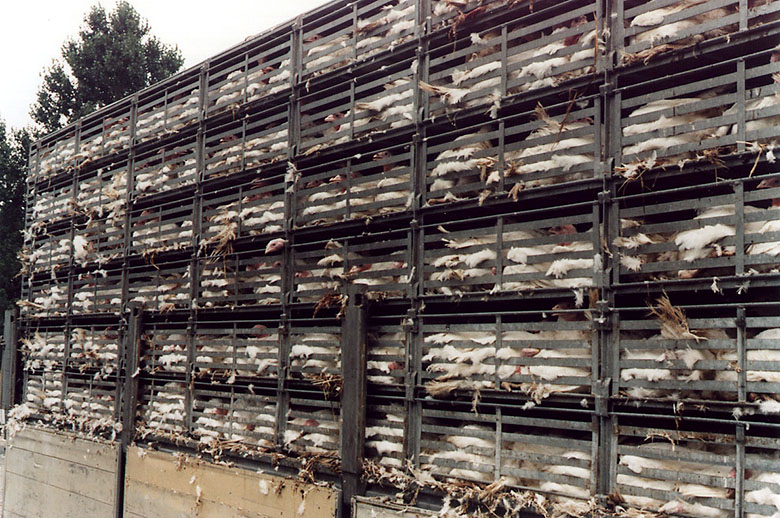 In June 2020, a committee of inquiry exclusively for animal transport (ANIT) was therefore set up, which, after eighteen months of work, made its recommendations to the European Commission in December 2021.
557 MPs (an overwhelming majority) agreed, but only for part of the recommendations.

The EU Parliament is asking the Commission to limit the transport time for “animals for slaughter” to eight hours.
No limit is required for “breeding animals” and animals in intermediate fattening, so they may probably be transported for up to 29 hours in the future.

And so the agonizing transports to third countries should remain permitted – Parliament only voted for the introduction of a control system for animal transports to third countries.
Both the EU Parliament and the EU Commission know very well that as soon as the transports leave the EU border, control is not possible.
In this respect, this vote by the EU Parliament was a betrayal of the animals; we reported about it: https://worldanimalsvoice.com/2021/12/04/anit-committee-vote-an-anti-animal-welfare-work/

Luxembourg is sending an important signal, but a ban on animals for slaughter is absolutely not enough, because many animals are officially declared as breeding animals.
They too are usually slaughtered cruelly after a very short time. The transport for breeding or slaughter animals is also no different and is always painful. 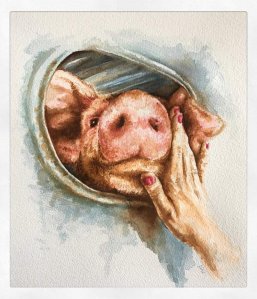 We don’t judge politicians by what they say, but by what they do.
And as long as there are no actions, we do not trust anyone.