Text: “Together for the animals”

It is a common misconception that pain, such as choking, can force dogs into obedience.
Stress, insecurity, lack of alternatives, aggressive behavior and fear are causes of leash pulling.
Thus, a dog with a choke collar is punished again for the already unpleasant situation. 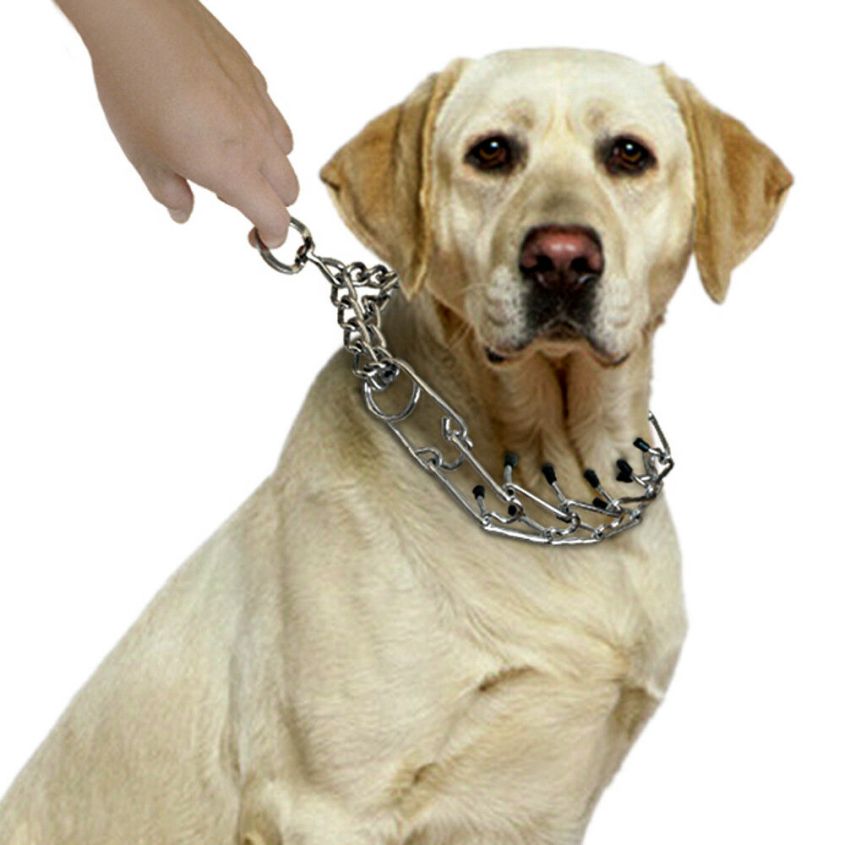 In 99% of the cases, this does not lead to the desired result but only to negatively reinforced exceptional situations and insecurity of the animals.
The use of these cruel tapes also often leads to injuries to the cervical spine, trachea and esophagus, larynx, connective tissue, facial muscles and eyes due to the increased eye pressure.

In Austria and Germany, only train collars that enable a train stop are permitted by law.
This must be adjusted in such a way that the collar can never be tighter than the dog’s neck circumference and it does not slip.
According to §5 of the Austrian Animal Welfare Act, choke, spike, coral and electric collars are not permitted.

Despite the ban on these instruments of torture, Amazon still offers them for sale in Austria and Germany.
There they are often sold under the guise of “training collars”.

Likewise, electric dog collars and spiked collars must be firmly rejected and their sale prohibited.
These are also distributed by various providers in German-speaking countries. 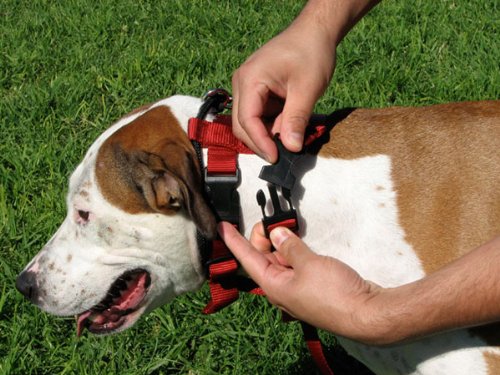 Such legally prohibited dog collars deliver a remote-controlled electric shock to the dog at the push of a button.
If vibrations are caused by barking, this is automatically triggered.

This means pain, stress and often burns on the neck for the animals.
Help us to take action against this animal cruelty of dogs.
Training dogs in accordance with animal welfare can only be achieved through positive motivation, but never through reinforcing negative impressions. 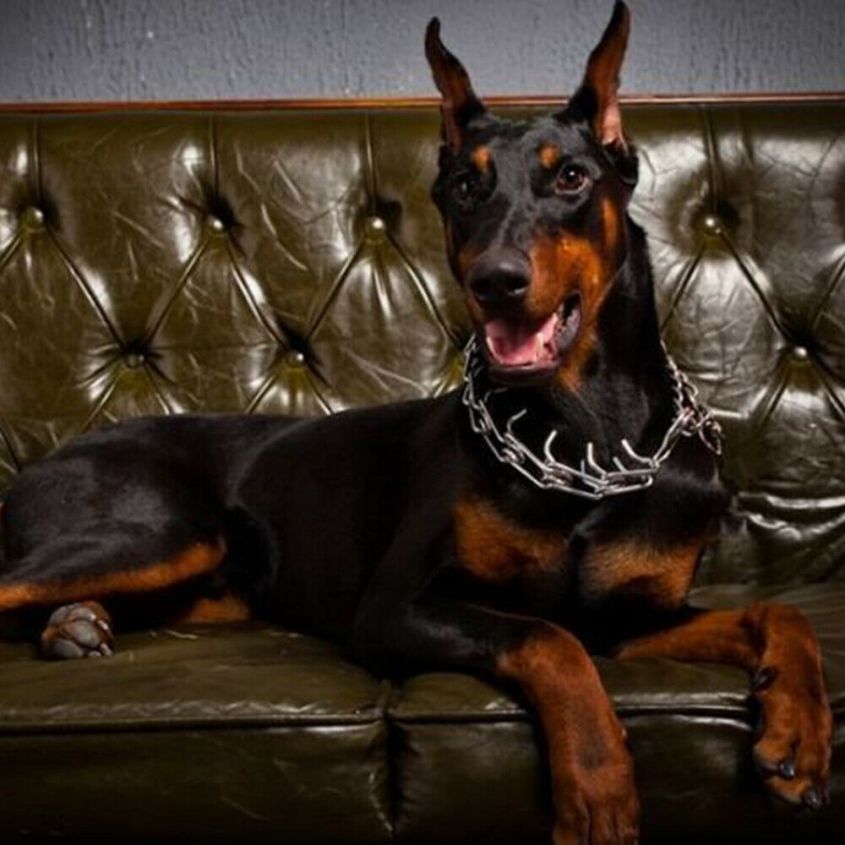 And it’s a shame for companies like Amazon to support animal cruelty by distributing these barbaric collars.
One is also guilty of distributing prohibited goods.

Let’s put pressure on this company so that it finally takes the torture tapes out of the range and only offers animal welfare-compliant ones.

And I mean..There are many idiots in every society who, for them, having a dog means making an obedient servant or a docile slave out of him
For this they use every means, and they are even proud of it when the dog sits on command, follows on command, pees on command.

Some Mr. Miller and Mrs. Brown dream of finding someone they can train through brutal training or choke collars to become a servant with no voice, no rights, no freedom, no desires, and most importantly, no will to resist.

Most of the time it’s people who don’t have recognition or acceptance in their work environment, or simply frustrated husbands and wives who let their frustration on defenseless and weak creatures.

A dog is a friend and not a subordinate.
Anyone who sees their dog as a living being with desires, autonomy, free will will find no joy and certainly no logical reason to have him as a subject on their side