For the past five years, Sea Shepherd has focused on illegal, undocumented and unregulated (IUU) fishing.
Our campaigns, mainly in West Africa, have provided us with a wealth of information about the impact of both IUU fishing and large-scale industrial fishing on the ocean.
It is evident that humans are wiping out all life in the ocean and this goes largely unnoticed.

Of course, these are carefully chosen terms so potential consumers don’t question the way we collect fish and other creatures from our ocean.
But our crews at sea see the destruction every day when dealing with trawlers.

We see the amount of bycatch of species not suitable for trade. They are killed and simply thrown back into the ocean.

We see sharks being killed by the thousands by tuna boats that are supposedly “dolphin friendly”.

We see dolphins being killed by many fishermen as they consider them pests that “eat our fish”.

We see seals suffering the same fate as dolphins because they are a competitor to our fisheries. 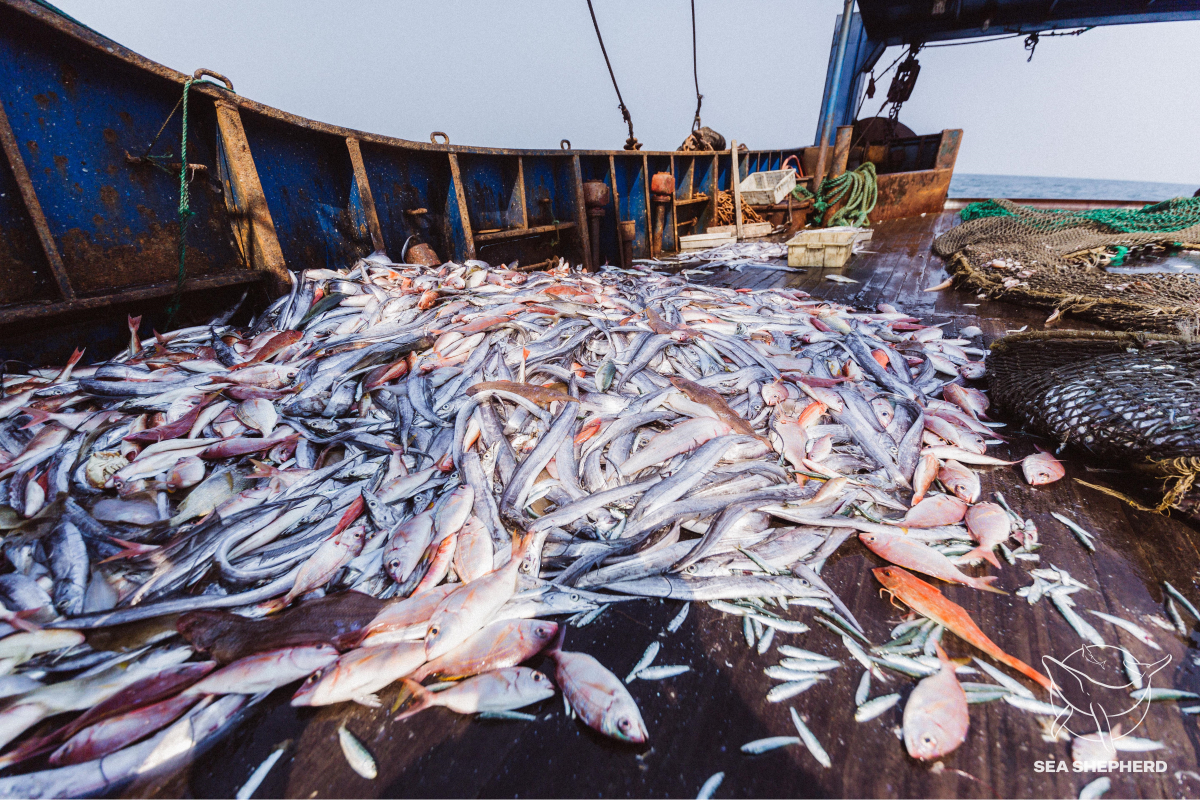 The way we look at and understand nature is fundamentally wrong, including that we have disconnected ourselves from the ecosystem of which we are actually a part.
This is especially true when it comes to how we deal with the ocean.

And then, of course, there’s the persistent claim that eating fish is a healthy choice for human consumption.
We have polluted the world’s oceans so badly that the entire food chain is affected, with pollutants concentrating the higher up the chain you go.
For years, pregnant women have been warned against eating tuna or swordfish because of their high levels of mercury.
This situation will only get worse the more we pollute our nature. 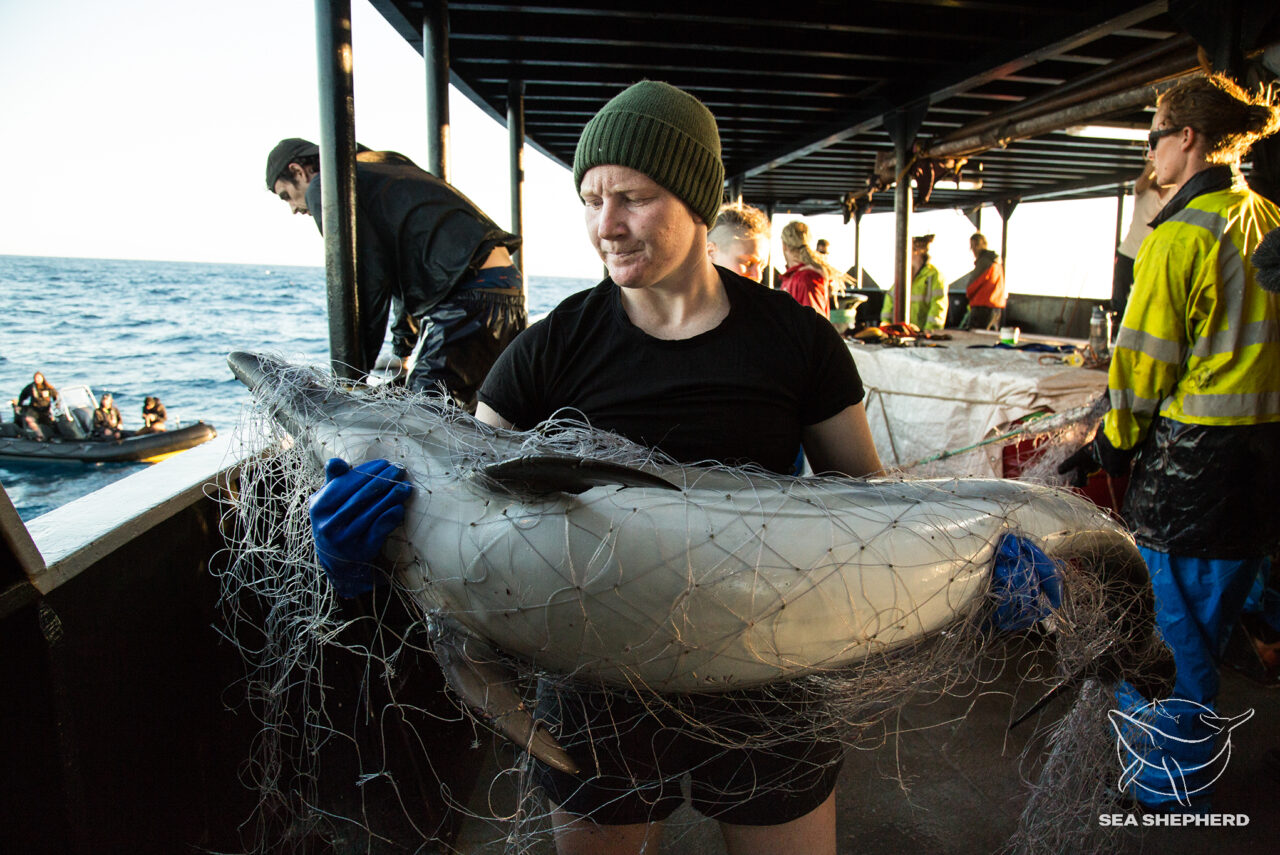 We are at a point in history where we must make a decision:

Do we stop supporting the destructive and unsustainable industry that is destroying our ocean, or do we continue on our current path with the result that our ocean will be empty in our lifetime?

Both decisions lead to the same result: we will stop eating fish either now or in 30 years.
Only the longer we wait, the more irrevocable the situation will become.
Our “infinite” source of protein has reached its limit, so it’s time we make the necessary decisions to restore balance to our ocean.

We see the success of our campaigns in the fight against IUU fishing in West Africa: the fish populations and ecosystems recover after just a few years.
But these areas are not large enough to revitalize entire regions.
Enforcing regulations and expanding protected areas against IUU fishing and large-scale industrial fishing are the basis of Sea Shepherd’s current campaigns.

Together with our government partners, we shut down dozens of illegal operators every year, saving millions of lives in the process. 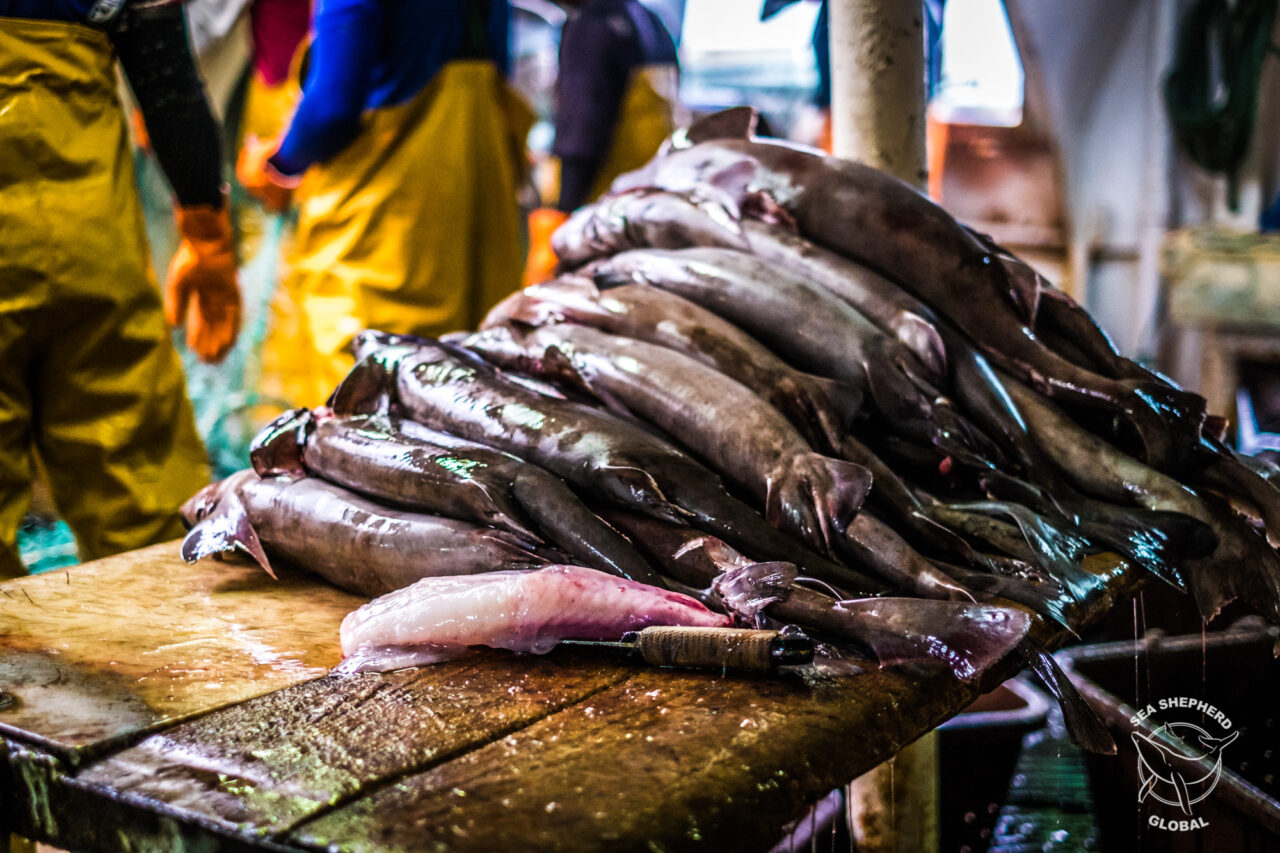 It’s a matter of survival to stop the war on the seas.
We must not lose this fight.
A battle that will intensify in the coming years as fish populations continue to decline.
But also a fight that we – with your support – absolutely want to win.

And I mean…“When consumers order fish on the menu or buy it from the market they are supporting the destruction worldwide of marine eco-systems” said Captain Paul Watson on an excellent comment.

Over 2 trillion fish are taken from the sea every year, and that figure does not include the 120 billion killed on fish farms.
This kill is far larger than the estimated 65 billion animals slaughtered each year for meat and fur.

Traditional artisanal fishing communities in the Southwest coastal province of Kerala in India have long suffered from the mechanized vessels funded by Norway.

Commercial Norwegian fishing off India forced hundreds of thousands of Indians into poverty with the result that today Norway, the second-largest exporter of fish in the world (and the world’s No.1 killer of whales), is a major exporter of fish to India.

By destroying artisanal fishing, Norway reduced competition in India and increased their export sales to India.
Norway is also the world’s largest producer of farm-raised salmon.

In recent years, the use of the words “sustainable” or “sustainability” has increased as species and eco-systems are depleted.
It is the green-washing or blue-washing term of choice by the commercial fishing industry.