‘Never have I ever regretted flying the flag for vegans as much as I do now after seeing this pathetic and unacceptable attempt at protesting. Back in my day at least we had the common decency to show some respect and dignity.’ 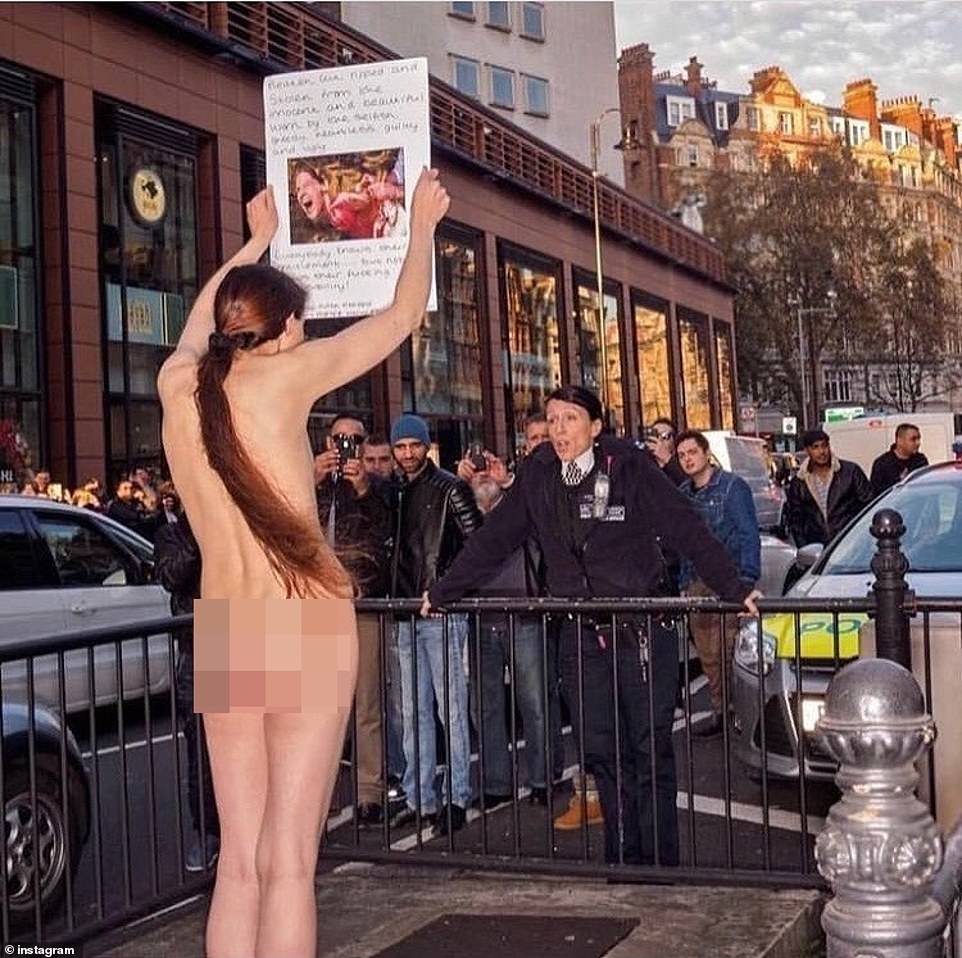 She protested the fur trade by standing naked outside Harrods almost every day for a year in 2015. 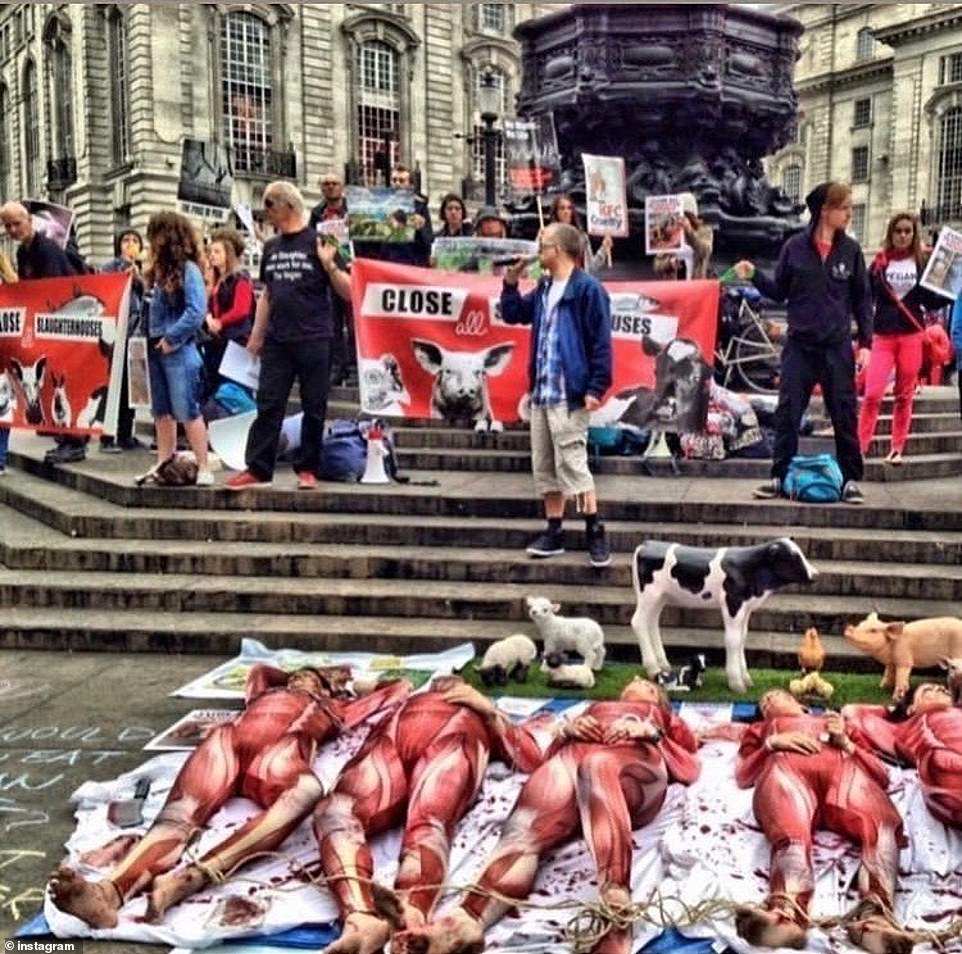 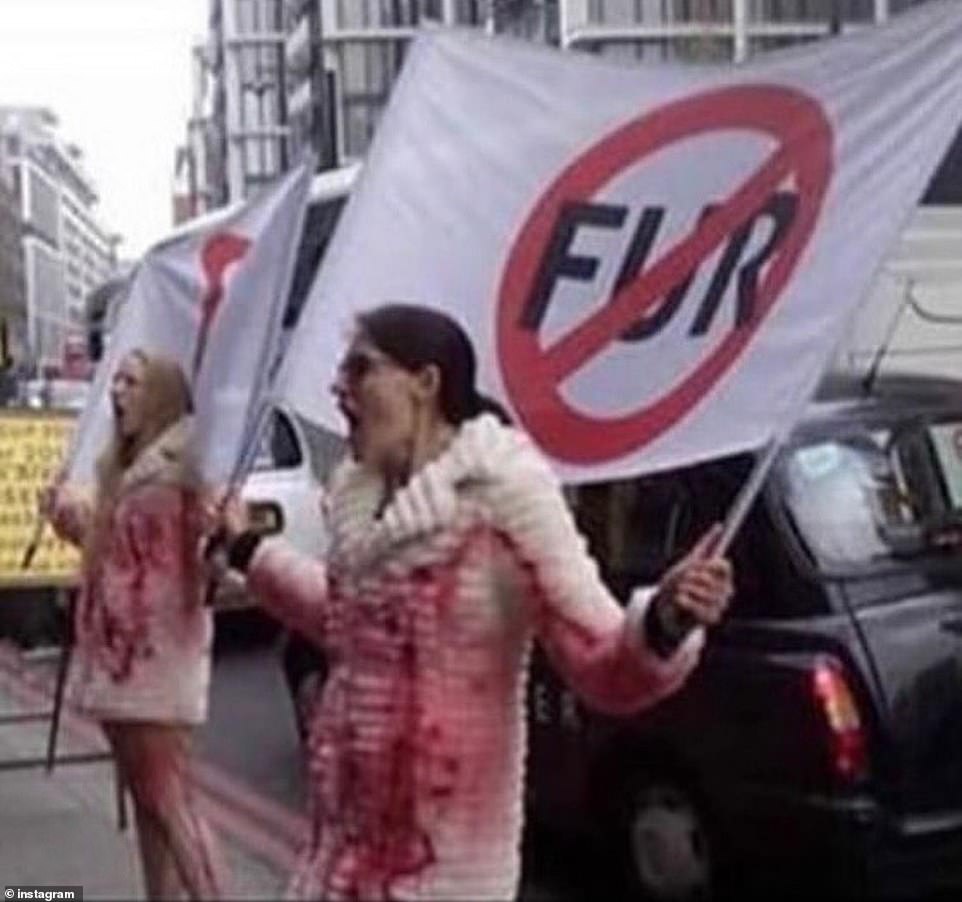 ‘It has almost cost me my sanity’: Animal rights protester who stood naked outside Harrods reveals the true toll of her activism… but her only regret is sharing her cause with ‘pathetic’ modern eco-zealots

Below – This is the moment a passerby intervened with a paint-wielding protester vandalised the MI5 building on Millbank, London, on Monday morning.

Police intervened after Tez Burns, 34, sprayed orange paint on the exterior of the MI5 building on Marsham Street.

There is right and wrong Direct Action.

Having been involved myself with direct action, you need to get public support on your side by facts and education, not by destruction.

Below – Myself and Barb protest at Dover (England) against the live export of baby calves destined for the veal crates of Europe.