These terrible places are everywhere.

It is estimated that we slaughter billions of innocent animals every week to eat their meat.
Their stories need to be told because similar stories happen to billions of other animals.
Isn’t that human fascism towards the “other” animals?
If not, what is it?

Anyone who consumes meat claims that he is against brutal slaughter, against violence, torture, murders, these are the pacifists who speak as if they were the good guys and we the crazy people, the fanatics of a new cult direction.
And ask us to explain, why we don’t eat animals!

We, who do not want to participate in this criminal system of slavery and exploitation, we are not the ones to explain why they do NOT torture animals.
Those, who do it, have to give an account of why they don’t see the animals as victims, but rather like as cell phones or their televisions.

And instead of realizing that they are hypocrites and racists, they advocate “humane” slaughter.
How do we define “human” in a place like slaughterhouse?
Except of torture, pain and murder, nothing else happens in a slaughterhouse.
It’s very easy to justify the worst atrocities when we are not the victims.

It is finally high time to expand our morals and compassion for other species and to view the daily massacre of animals as an unending, cruel Holocaust that can only be justified in a fascist system. 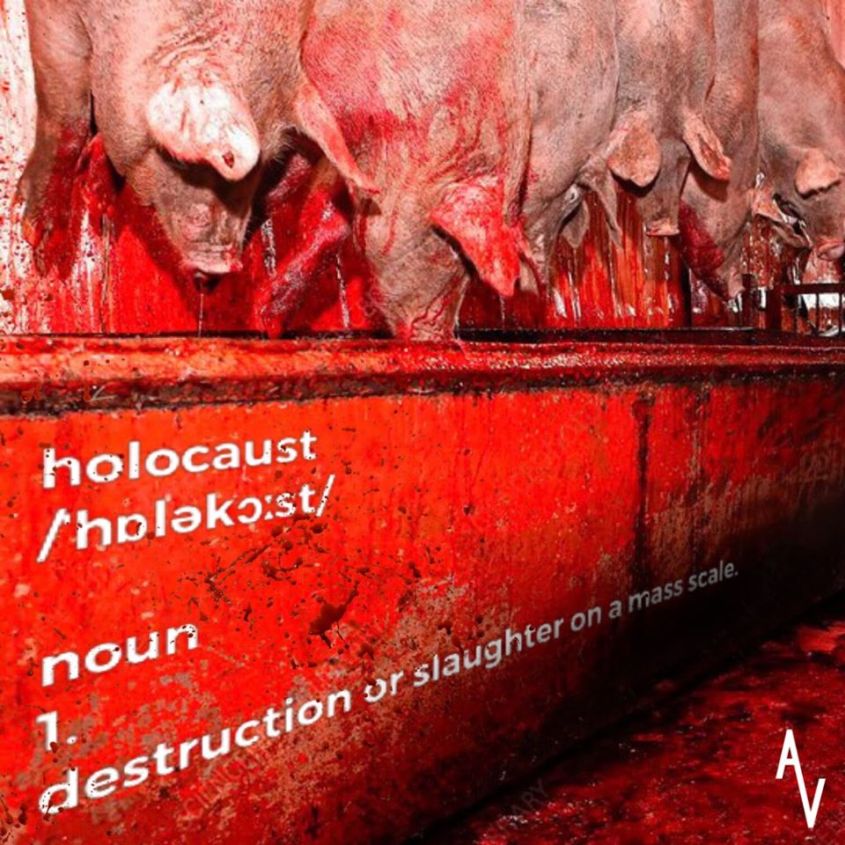