What would our live be without those who, as the only ones, can teach us about love, solidarity, joy, symbiosis with all species …

Again and again people report injured or sick animals, which are hidden behind scrap yards and cannot even get up. The farmers then like to speak of individual cases.

We discovered such a gruesome case near Stade, Lower Saxony three weeks ago. The injured animal has been lying there for at least 1 1/2 days, the animal is emaciated, obviously injured in the hind leg and cannot get up.

Such high-performance cows need a lot of feed and water. They constantly produce masses of milk and suffer agony if they are not milked. The farm is known for bad conditions in the village and has been reported to the veterinary office several times. Citizens report observations a few weeks ago of how a cow was placed in the same place and left to die.

We immediately informed the Veterinary Office today. Unfortunately, the answer is not surprising: The only employee responsible for animal protection cases is out of the house and, due to a lack of personnel, he is unable to act in the next few hours. We then asked the police for support.

We have heard from third parties that there is now a check about 5 hours after the first report. The farmer has now blocked the field of vision with a tractor. 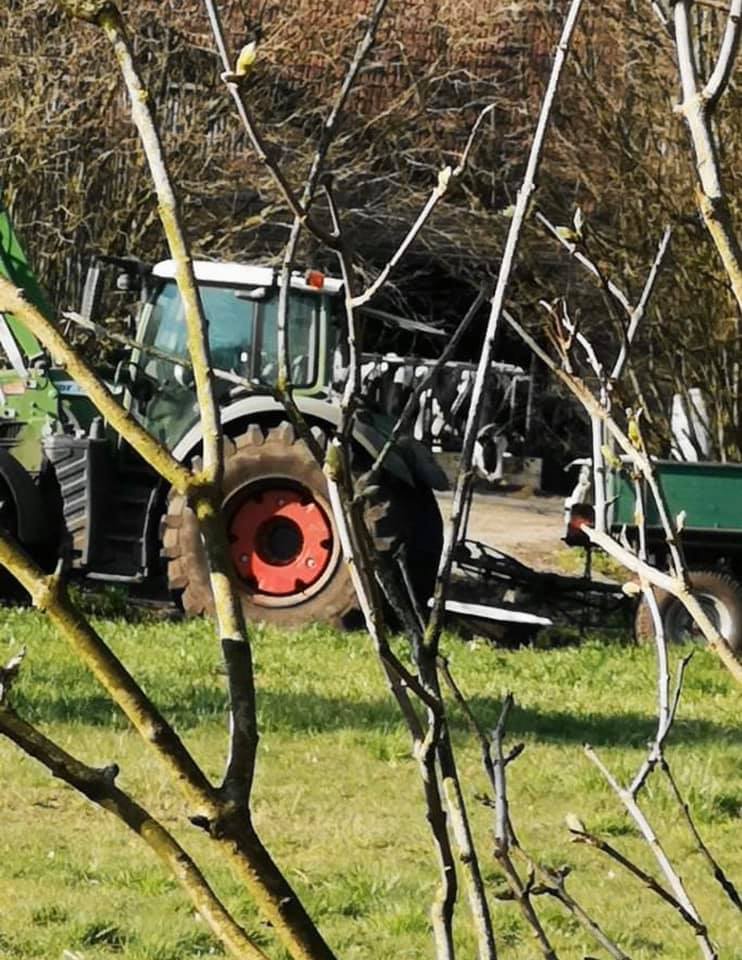 As the district reports, the cow was very pregnant and was unable to get up or move significantly.

If the animal is unable to get up, the apparent slurry of liquid manure that emerges from a yellow pipe under the animal is certainly a poor surface for attempts to stand up.

Finally, the question arises: if the animal cannot walk, how did it get there?

The animal was released as part of the inspection on the instructions of the authority. The district speaks of “no animal protection case” and “no gross misconduct by the animal owner”.

The district did not answer the following questions:

6) Have fines or periodic penalties been imposed?

7) Was the company already known and had a history of animal welfare and / or hygiene issues?

8) How often has the company been checked in the past?

9) Has the rest of the barn been examined?

So a weak animal with a dangerous, difficult birth was left alone, day and night. What was previously done for the mother and her unborn child? Why doesn’t this stable even have a protected birth area for such cases?

The injury that you can see on the distance pictures was not even mentioned and the exploitation for milk is back on the agenda.

And I mean…Germany is the largest milk producer in the EU. This is made possible by the turbo cows and the agricultural lobby, which is an incredibly powerful device.

And oh yes, the farmers …

a) they show solidarity with the only party in parliament that has officially recognized fascists in leadership positions,
b) they insist on using pesticides even in nature reserves,
c) they absolutely want to continue poisoning the groundwater,
d) they are not interested in animal welfare but they are only howling, howling and howling …

They also protest against the anesthetic during piglet castration, are jointly responsible for groundwater contamination, insect mortality and antibiotic resistance. 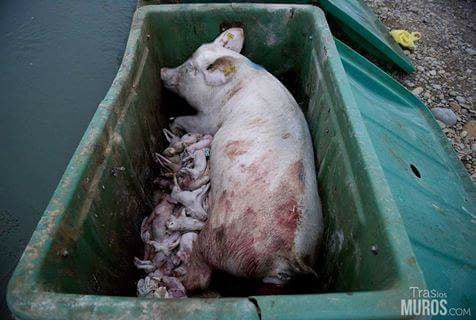 They find it completely ok to put pigs in cages for 4 months, in which they cannot turn around, mothers take away their children, kill excess piglets and if they have exploited cows enough, they let them die without help or they sell the, illegal, in order to make the last money again. 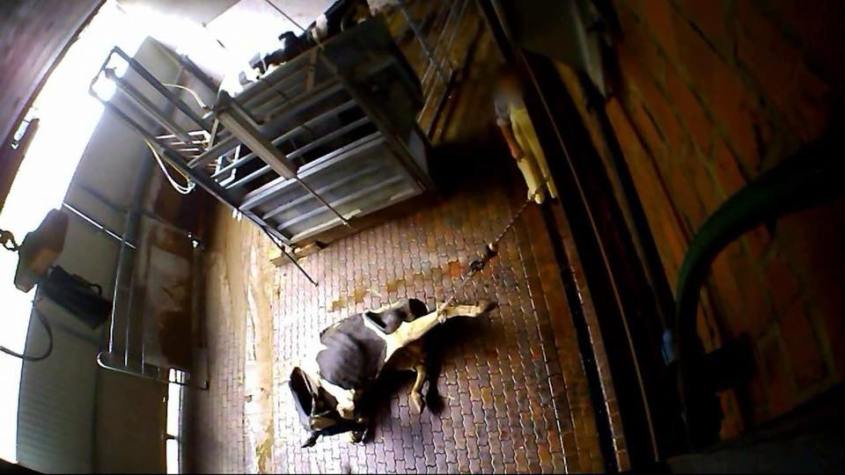 They keep thousands of animals in stalls, densely crowded, with no activity or daylight.
The animals stand on slatted floors in their own shit, which then accumulates as manure.

How much groundwater is contaminated by the manure? The farmers never answered the question.

And then they are offended when we say that they enjoy treating the animals as if they were a piece of shit.
So, yes: obviously they enjoy it.
And even more if they conduct this cruelty to animals with the support of the authority. 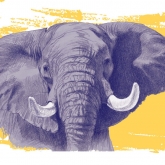 First hunting season after controversial ban was lifted likely to be hit by coronavirus pandemic.

Animal rights campaigners have welcomed the uncertainty surrounding Botswana’s first hunting season since 2014, which has been hit hard by hunters pulling out because of the coronavirus pandemic.

“Everything is at a standstill. All clients that were supposed to come in have either postponed or cancelled,” said Clive Eaton, owner of Tholo Safaris, a hunting company that last month bought licences to hunt 20 elephants.

While the country has no confirmed cases of coronavirus infection so far, it has banned arrivals from 18 high-risk countries, including the United States, United Kingdom, Italy and Spain.

The Botswana Wildlife Producers Association (BWPA) said bookings across the industry had been cancelled or postponed and that it had asked for an extension of the hunting season, due to start in April.

But animal rights campaigners have urged the government to reinstate the ban lifted last year.

“We welcome the fact that foreign trophy hunters cannot kill elephants in Botswana, and hope that the government takes the time to reflect on and rethink its deadly strategy towards elephants and shake off this colonial pastime altogether,” Siobhan Mitchell, UK Director of Campaign to Ban Trophy Hunting, told Al Jazeera.

“People in Botswana can find peaceful ways to co-exist and benefit from elephants and ensure rural people benefit. This time of global crisis is a great time to look for new and innovative ways to benefit economically and sustainably.”

More than 16,500 people have died from the coronavirus across the world. The pandemic poses a threat to economies like Botswana, where tourism is big business. The country’s vast tracts of wilderness are a magnet for those who want to see – or hunt – wildlife.

Proceeds from hunting licence auctions, worth around 13 million pula ($1.08m) annually before hunting was banned in 2014 due to declining elephant numbers, go to community trusts used for development.

However, a resumption in hunting, to reduce the impact of elephants on people and crops, proved controversial.

“Born Free has always maintained that commercial hunting does not offer an ethical or sustainable wildlife management tool, nor is it an effective or sustainable way of funding conservation activities or local communities,” its policy head Mark Jones said.

An auction of licences to hunt 15 elephants is due to go ahead as planned on Friday.

The Trump administration just gave polluters a free pass to pollute our air and water with impunity.

Letting oil refineries, chemical plants and other industrial polluters off the hook is disgusting and shamelessly opportunistic.

Tell EPA Administrator Wheeler we can protect public health and the environment at the same time.

Never before has the EPA just given up and stopped enforcing its own rules at this scale.

The pandemic has upended what is normal for everyone, but that’s not an excuse to toss aside environmental protections.

We’ve seen countless attacks from the Trump administration on wildlife and the laws that protect it. The Endangered Species Act is already under tremendous threat from being weakened in its ability to save plants and animals.

Now, with the EPA turning a blind eye to industrial pollution, our public health could be even more seriously threatened. This cynical ploy is a new low, even for this administration.

Tell the EPA to reverse course and keep in place its enforcement of laws intended to keep our air and water clean.