Following undercover investigations and a complaint filed by Animal Equality Italy and animal protection organization Enpa, two employees of a massive Italian meat company have pled guilty to charges of cruelty to animals.

Their charges include, “maintaining breeding conditions such as to generate unnecessary suffering in animals.” One employee has been charged with three months in prison and €22,500, and the other will pay a fine of €1,600. 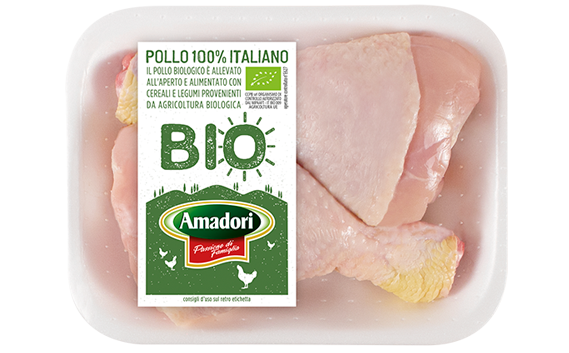 WHY THIS IS IMPORTANT: This ruling finally sheds light on what animals are forced to endure to become meat in Italy. Amadori is a very well-known company in the country, comparable to the popularity of meat giant Tyson in the United States.

WHAT INVESTIGATORS WITNESSED ON THESE FARMS: Our investigators documented horrific suffering of animals at Amadori farms, including:

WHAT ABOUT THE CHICKENS?: While we’re thrilled that a conviction was made for cruelty to pigs on the farms, the charges for cruelty to chickens were dismissed despite both Animal Equality and Enpa’s evidence of horrific suffering of chickens raised on the company’s farms.

Chickens are arguably the most exploited land animals in the world. As we’ve documented time and time again, chickens raised for meat are bred to grow so large, so quickly, that their legs and organs often give out, unable to support their body’s massive size.

They’re forced to live in dim, filthy sheds amid their own urine and waste. Many are still conscious when their throats are slit and they reach the scalding tanks at the slaughterhouse.

WHAT YOU CAN DO: The best thing you can do to help both pigs and chickens is to avoid eating them. Unfortunately cruelty is commonplace in modern farms, but we don’t have to support it! There are so many delicious plant-based alternatives available.

My comment: Eurogroup for animals seems to be very satisfied with the fine that was posted on two Amadori employees. One goes three months in prison and €22,500, and the other will pay a fine of €1,600.

And for that Eurogroup speaks of a historic win (see link above)!!

Of course, nobody wants to claim that it is easy to get this sanction.
The animal rights activists have been filming for months and risk their lives and nerves to make these illegal conditions known to the public.

They did an excellent investigation, for which we thank them wholeheartedly!

But Eurogroup, with weak and mild tone comments on the grievances in Amadori’s family business like this…
“This is why Eurogroup for Animals and its member organisations, through their joint End Pig Pain campaign, are calling on the EU and on Member States to fully enforce EU pig welfare legislation.”

Eurogroup knows better than anyone it cannot prompt any of these unsuitable commissioners, not even with the win of 1.5 million votes on its side, as the end the cage age campaign has shown and especially because their boss is the best and strongest agricultural lobby.

Eurogroup has no power in the EU Parliament, this power has only the EU Commission, which does not work for animals, but for the agricultural industry, the meat mafia and other lucrative businesses.
Therefore, EU needs to pay people who occasionally criticize it with a mild tone, or ask them to do their job correctly. That makes their existence necessary.

And the existence of the Eurogroup guarantees the maintenance of the myth that it has the power to force the Commission under pressure and solutions.