Alaska is home to countless animals and the largest and most pristine remaining wilderness in the United States.
If any remnant of the original wild glory of our country remains, it is there.
Unfortunately, human greed knows no bounds, and malignant forces are aligning to bulldoze and cement over wildlands by developing a 211-mile industrial access road straight through the heart of the Alaskan wilderness, where it would ravage the pristine landscape and disrupt the migration pathway of the largest caribou herd left in North America. 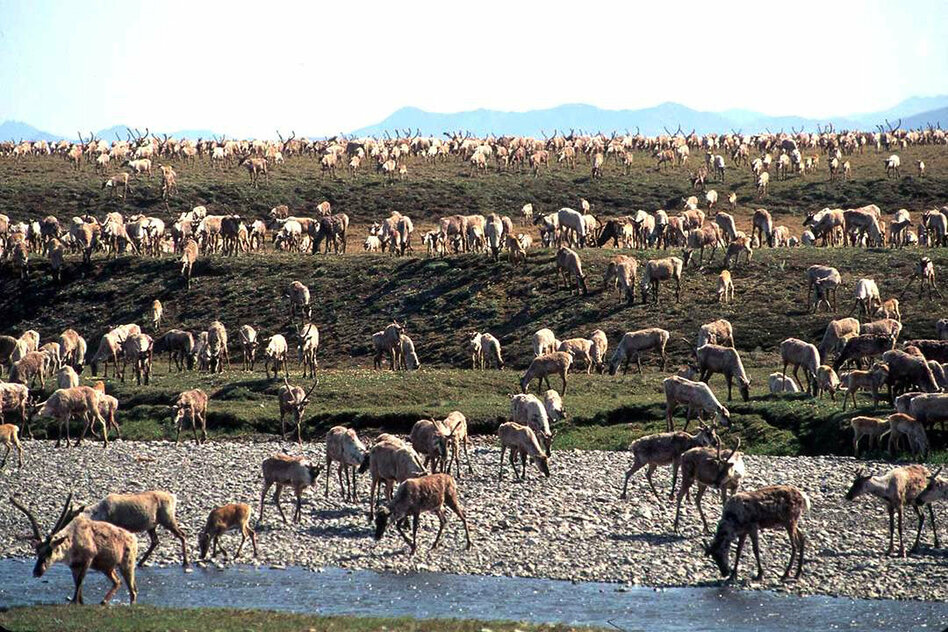 Roads are one of the most destructive forces against animals and their natural habitats. Animals are frequently struck by vehicles.
Some die instantly, but others are maimed and must endure long, agonizing deaths. In the United States alone, over 1 million vertebrate animals are killed by vehicles every day.

The proposed development could include four or more large-scale mines, along with hundreds of smaller ones across the region.
It would require 48 bridges and 3,000 tunnels to cross 11 major river systems and thousands of smaller wetlands, rivers, and streams.

Roads also fragment habitats by preventing animals from crossing.
This reduces the size of local populations, making them more vulnerable to inbreeding and extinction.
Roads, besides being ongoing massive killers of wild animals, are also a source of pollution, which degrades the natural environment around them.
Trucks emit fossil fuels and leak and spill oil.
Light and noise pollution are also harmful to animals.

On top of all this, the road would slice through Gates of the Arctic National Preserve, a U.S. national park established to protect the wilderness area and the animals who live in it.

This is the future in store for the Western Arctic Caribou Herd, whose members undertake one of the longest land migrations on Earth if the Ambler mining road is built.
The herd is already stressed and in decline, and it is entirely possible this road, in severing its migration pathway, could drive the herd to extinction.

Other local species will also be devastated should the road be built.

Urge the Department of the Interior and the Army Corps of Engineers to halt plans for the Ambler mining road!

And I mean…The Road would pose a multitude of threats to wildlife, fish, and soil-, air-, and water-quality…not to mention the visual impacts of such a major development and associated infrastructure marring an otherwise pristine landscape unmatched in but a few places on Earth.

One need only look to similar operations over the world with mines –all are for terrible examples of toxic levels of windblown lead and zinc dust, and the enormous naturdamages through wastewater discharge issues.

Let’s be clear here: we are on the brink of irrevocably alterning one of the last great wildernesses on Earth so that a Canadian company can grow ever wealthier by selling the “product”.

It’s the same tired story that’s been repeated time and again the world over; but the stakes are much higher now because these untrammeled landscapes are truly endangered, if not extinct already by most practical measures.
The idea of making a short-term monetary gain from the loss of species, a homeland and a way of life is, well, kind of criminality.

We have to mobilize us, it is our duty to to save them! with petitions, letters, demonstrations… rather than selling this nation’s greatest wealth to the most convenient bidder.