WAV comment – Being the daughter of Sir Paul, huge animal rights campaigner, ex Beatle, and veggie campaigner; protecting the environment and animal rights have always been the trademark of Stella’s products. What else would you expect ?

“These animals are the ingredients of everyone else’s fashion shows. We are the only luxury fashion house in the world that isn’t killing animals on the runway. I wanted to make that point, but in a joyous way.”

The Stella McCartney brand has worked without leather, fur, skins, feathers or animal glues since its launch in 2001.

Don’t the (humans dressed up as) animals on the catwalk look great as well as sending a clear message to the fashion houses of the world – that you don’t have to kill to promote your products and designs now. Fortunately, the world is changing; people are ditching products that involve the suffering and killing of animals for ‘looks and so called ‘beauty’.

We thank Stella for putting on such a great promotion of showing that you don’t need dead animal by-products now days to look good – there is so much ‘cruelty free fashion’ out there for people to buy now.

Fur is dead; leather is dying out, and people are finally waking up to the cruelties involved – so bring it on ! 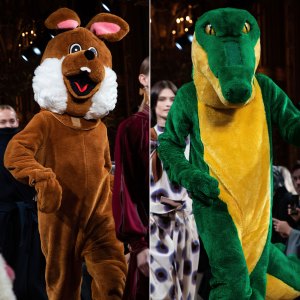 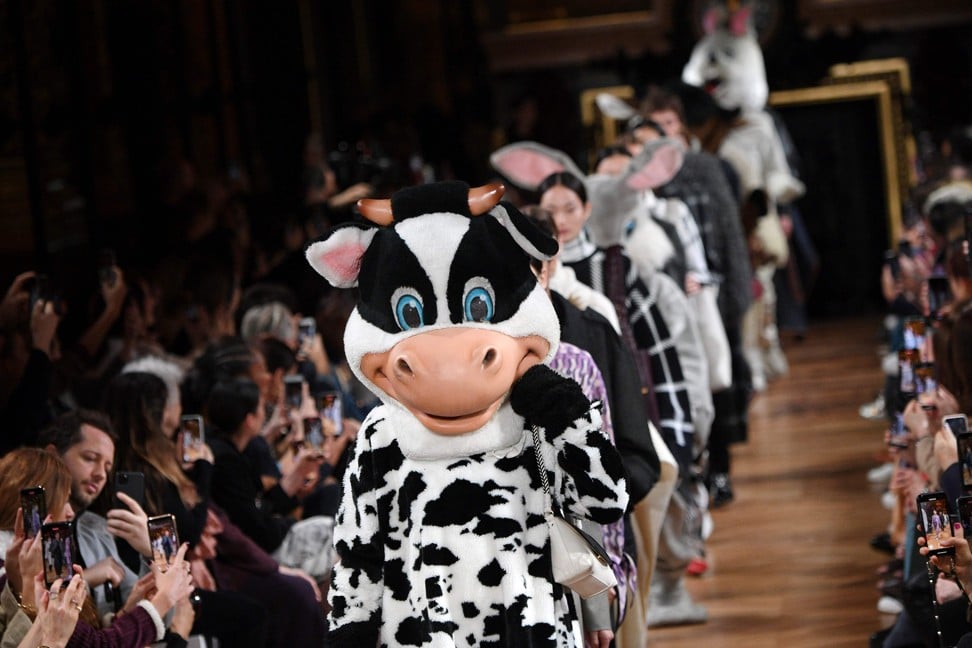 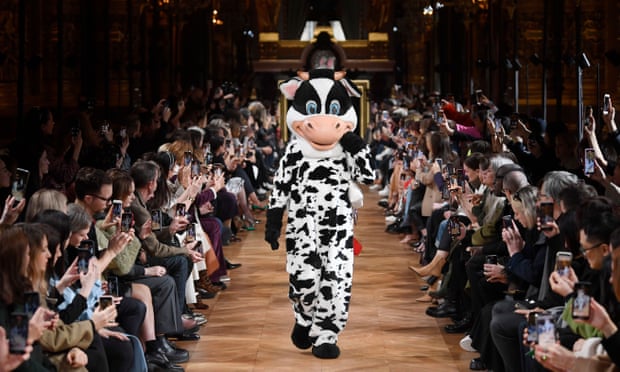 The singer Janelle Monáe and actor Shailene Woodley were in the front row, but two rabbits, a fox, a horse, two cows and a crocodile stole the show. People in lifesize animal costumes, of the kind more usually seen at theme park parades than at Paris fashion week, joined models for the finale of Stella McCartney’s show, swinging their new-season handbags and posing for the cameras.

The optics were fun, but the message was serious – that there are animals on almost every catwalk, it’s just that they are usually dead. The half-moon shoulder bag carried jauntily by a brown cow here was made from a vegan alternative to leather, while other bags were created from second-life plastic.

“What we try to do here at Stella is to sugarcoat a powerful, meaningful message in a little bit of humour and fun, to make our point in a palatable and digestible way so that people listen,” said McCartney. “These animals are the ingredients of everyone else’s fashion shows. We are the only luxury fashion house in the world that isn’t killing animals on the runway. I wanted to make that point, but in a joyous way.” 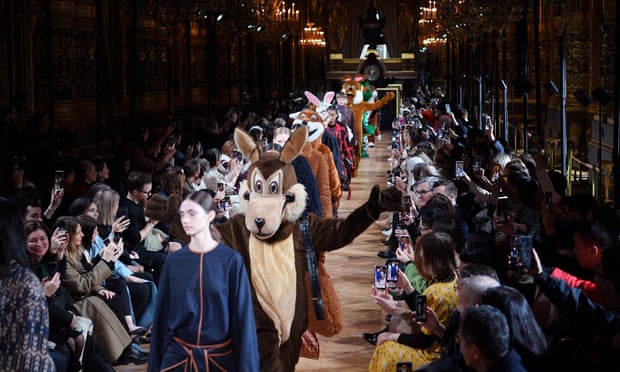 The Stella McCartney brand has worked without leather, fur, skins, feathers or animal glues since its launch in 2001, “but it has taken me my entire career to get the fabrics to the stage they are at now, where our animal-free leather is soft enough, and has enough luxury to it,” the designer said after the show.

This collection featured more leather alternatives than ever before, not only in bags and shoes but in decoratively perforated lightweight trench coats and fluffy shagpile shearlings. “We do it like this because it’s better for the animals and better for the planet.”

Last year, McCartney sold a stake in her brand to LVMH in a deal that gave her a role as special adviser on sustainability to the luxury group’s chairman and chief executive, Bernard Arnault. The role poses a challenge – Arnault was widely criticised last year after describing Greta Thunberg as “demoralising” – but McCartney is confident she can have an impact.

“I think the sheer fact that he has invested his time and his money and mindset into a different business model [at Stella] already has an impact. You don’t come onboard at Stella and not start to think differently. My goal is to make changes more broadly at LVMH. Mr Arnault’s goal is to respond to what people are asking for today, and to learn, and to change.” 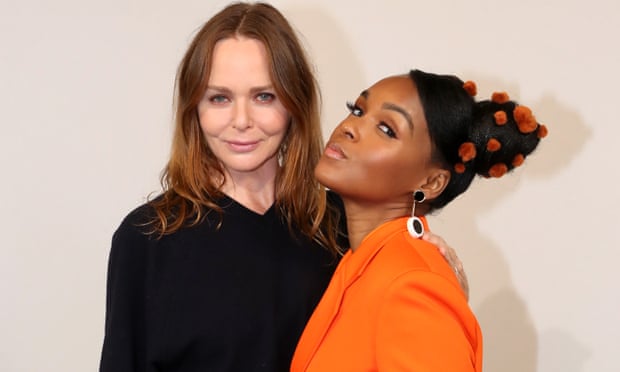 McCartney described her role so far as “about bringing information, talking about alternatives in manufacturing and sourcing. I’m introducing the technologies and techniques and suppliers that we use here at Stella to the other LVMH brands.”

Coats, a focal point of every Stella winter collection, looked strong this season. In dense twill melton wool, with high storm collars and cosy tie belts, the coats and jackets were an appealing blend of utility and chic.

Knitwear was another strong point, with three-piece looks – a tunic, a midi skirt and a polo neck worn beneath – in toning lumberjack checks.