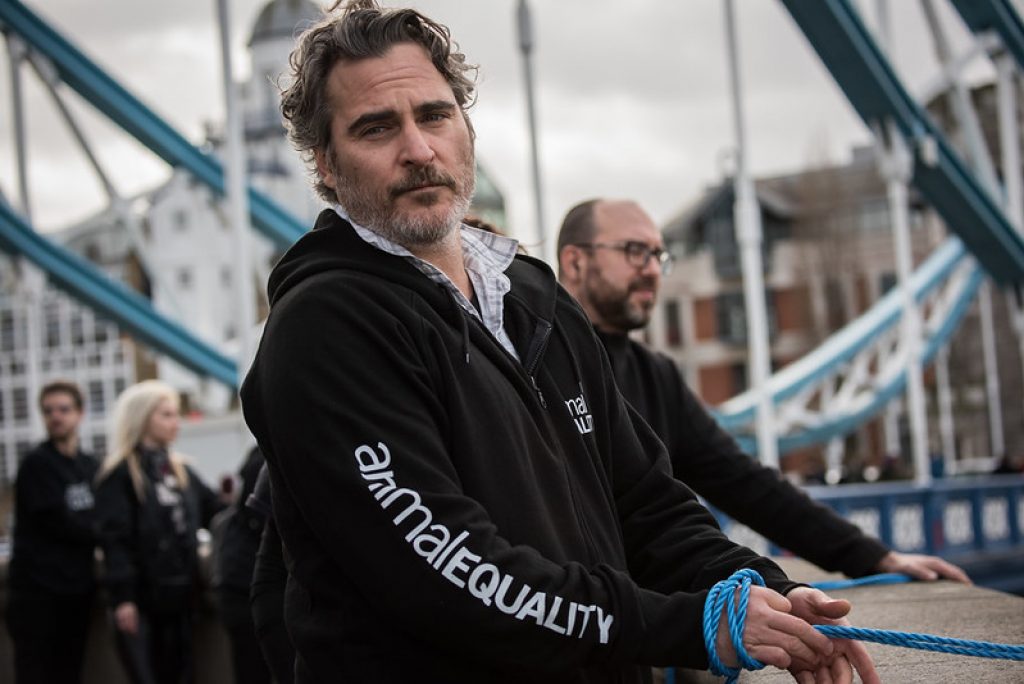 Joaquin Phoenix joined Animal Equality on Tower Bridge in London this morning, in advance of the 73rd BAFTA ceremony, to draw attention to the link between animal agriculture and the climate emergency.

Phoenix and other activists dropped a 390 square-foot banner that read ‘Factory farming is destroying our planet. Go vegan’ from the iconic landmark, as a plea to the public to stop eating animal products.

Joaquin said “I think we have a personal responsibility to take action right now and one way that we can mitigate climate change is by adjusting our consumption and by going plant-based. And so I feel sometimes like it’s not being talked about enough. So I’m just encouraging people to learn more about eating plant-based and to make a difference to make whatever personal impact they can on the climate emergency.” 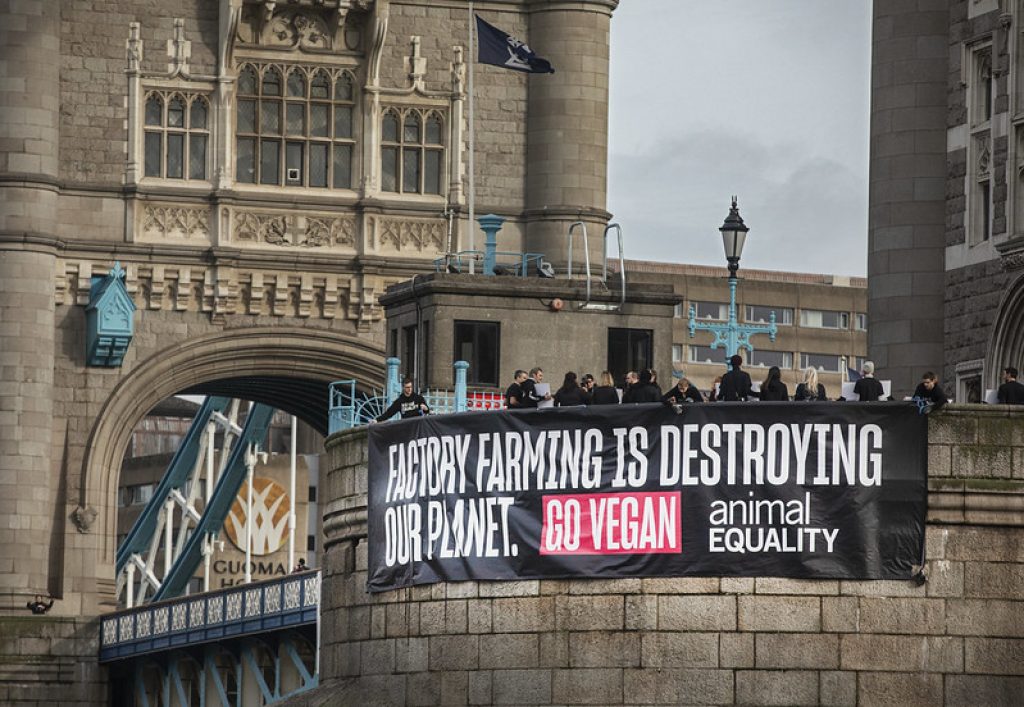 He added: “When you witness the horror that really happens behind closed doors and slaughterhouses to farm animals all over the world, it’s impossible not to be affected by it and to realise that we have to do something drastic to stop it. So I’m just doing my part and trying to amplify the voice of these activists that out every day, doing something, taking action, and the least I can do is take some time off today and come here to talk about this issue.”

Throughout the action, Joaquin and other Animal Equality activists held placards showing the suffering of animals in factory farms, as well as the devastating impacts of animal agriculture on the environment and climate.

President of Animal Equality, Sharon Núñez, said: “Joaquin’s dedication to animals and the environmental cause is extraordinary, he sees the absolute need for us to have serious conversations around the devastation that factory farming is having on animals, our planet, and our health.” 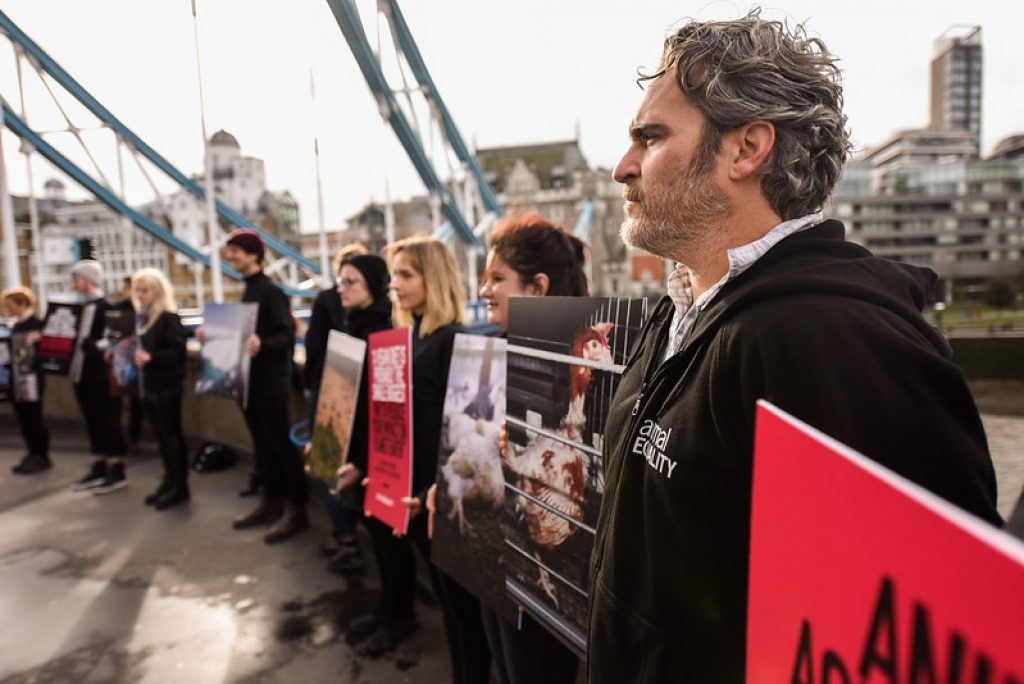 Find out more about the devastating impacts animal agriculture has on animals and our planet here.

Purchase an Animal Equality hoodie, just like the one Joaquin wore when he joined us to protest, here.