The video and pictures shown here are not from the PETA campaign – we have these from other sources – WAV.

Before the COVID-19 outbreak, many people had never heard the term “wet market,” which is believed to be the origin of the novel coronavirus. It’s simply a market that sells live and dead animals—often of a variety of species—for human consumption, like those that exist in New York. SARS is a coronavirus that’s believed to have first infected humans at a Chinese wet market, just like COVID-19.

Creutzfeldt-Jakob disease, avian flu, swine flu, SARS, HIV, Ebola, and other diseases are linked to meat production or consumption. Not all of these come from live-animal markets— Creutzfeldt-Jakob disease, a variant of mad cow disease, for instance, can affect a person who has eaten certain body parts of an infected cow—but such markets, where stressed, injured, and sick animals are commonly caged in public areas, are perfect breeding grounds for diseases.

In this video, Peter Li, an associate professor at the University of Houston–Downtown, states that at wet markets, “The cages are stacked one over another. Animals at the bottom are often soaked with all kinds of liquid. Animal excrement, pus, blood.” Such conditions allow viruses to spread from one animal to another as well as to humans who come into contact with them.

Although the Huanan Seafood Wholesale Market in Wuhan, China, where the coronavirus is thought to have first infected humans, has closed and that country has banned the consumption and farming of “wild” animals (hopefully, not only temporarily), it’s important to note that diseases don’t just affect animals humans have labelled as “wild.” Many wet markets continue to operate throughout Asia, Africa, Europe, and the U.S.

There are more than 80 live-animal markets and slaughterhouses in New York City alone.

Just as we don’t want to be infected with or die from COVID-19, other animals don’t want to suffer or be killed for food. A hen, for example, just wants to be left in peace so that she can teach calls to her chicks before they hatch (much like how a human mother talks to her baby in the womb) and teach her young the ways of the world once they’re born. And fish just want to be left alone so that they can protect their young, build nests, and swim freely.

No matter what species they are peddling, live-animal meat markets will continue to put the human population at risk as well as sentencing countless animals to a miserable death. 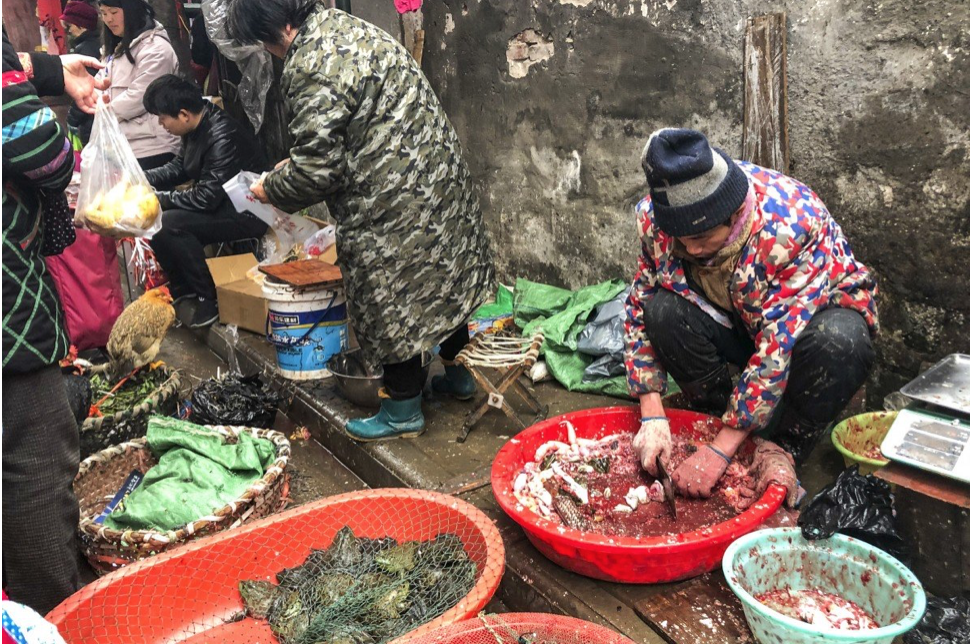 Join PETA in urging the World Health Organization to call for an end to deadly live-animal markets around the globe.

Link to add your name calling for action: