“Forget the dog sledding propaganda you’ve been fed and see the reality on this video”.

Some on that: The dogs used in the Iditarod have to walk up to 160 kilometers a day.
They traverse freezing winds, sub-zero temperatures, dangerous sheets of ice and blizzards in which they can hardly see anything.
While some dogs wear snowshoes, many dogs suffer cuts, bruises, and abrasions from walking the long distances on frozen ground.
Most states in the US have laws that prohibit animal overcharging—not so Alaska.

And the dogs also suffer off the track.
Most of the animals used in sled races are chained.
These dogs usually only have an upturned barrel or a run-down hut for protection.
Dogs that aren’t the best runners (like in the video) are often treated like faulty equipment.

In the past, such dogs have been beaten, shot, abandoned or abandoned in already overcrowded animal shelters.

Iditarod fatalities are not uncommon
At least 150 dogs used in the Iditarod have died since 2004. In 2015, dogs Stiffy and Wyatt died on the track.

Countless dogs are injured – for example, some dogs belonging to musher Yuka Honda, who crashed into a sled and was then run over by another!!
And Laura, a five-year-old dog who was reportedly virtually “blind” and often appeared “confused.”
Nevertheless, the musher Kelly Maixner let them compete.

In March 2020, over 220 dogs were withdrawn from the race because they were exhausted, ill or injured.
The good news: An international campaign against this cruelty to animals, numerous protests and the support of countless animal lovers showed success!
In 2019, Coca-Cola said goodbye as a sponsor of the race.
In January 2021, ExxonMobil also announced that it would no longer support the race from 2022.
In early 2022, the hotel chain Millennium Hotels and Resorts announced that it would end its sponsorship. 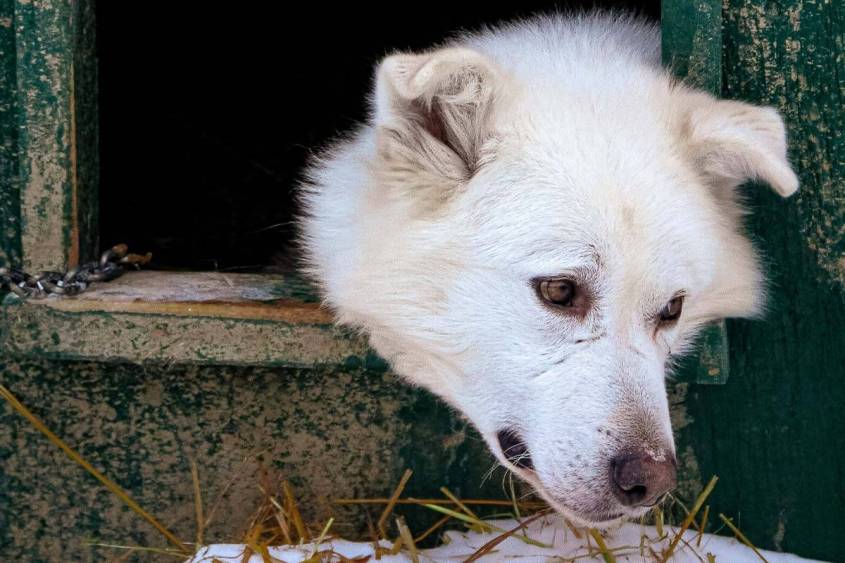 We must not let up. Endurance counts in animal protection.
This cruel dog sled race must no longer be encouraged and the suffering of the dogs must finally end.