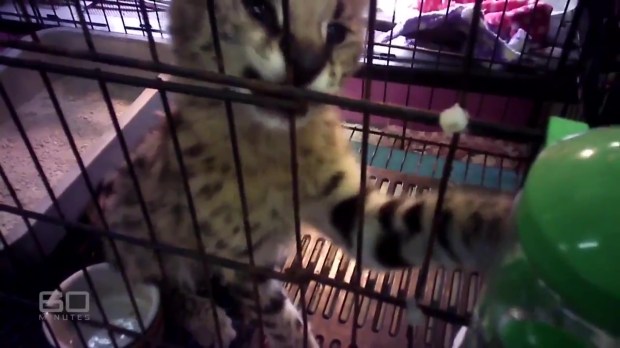 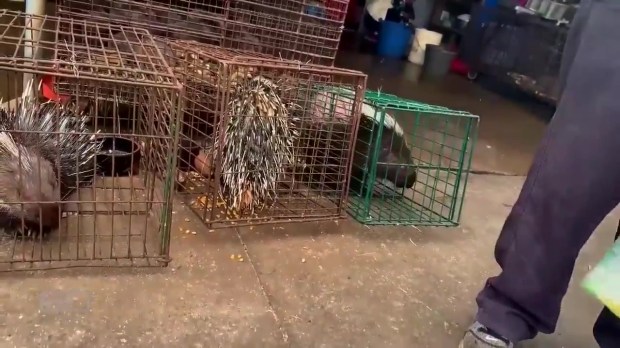 The shocking discovery was revealed in an undercover investigation by 60 Minutes Australia journalist Liam Bartlett.

Watch the undercover video of the market via the above link.

Confronting footage shows cage after cage of wild “high risk” animals being stored for their slaughter and sale in wet markets, despite Asian governments claiming they had been shut down following the COVID-19 outbreak.

Travelling to Thailand, Bartlett was joined by leading environmental and human rights investigator Steven Galster, at who warned the wet market has the potential to spark a “second Wuhan.”

A strict ban on the consumption and farming of wild animals was rolled out across China in a desperate effort to contain the coronavirus, which is believed to have started at a wildlife market in Wuhan. 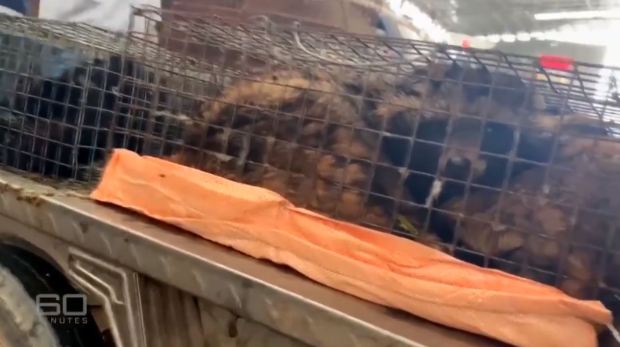 Although it is unclear which animal transferred the virus to humans, China acknowledged it needed to bring its lucrative wildlife industry under control to prevent another outbreak.

China closed over 20,000 wet markets in February, but markets being run by crime syndicates are still selling off animals across Asia with impunity.

The hotbeds for disease are still operating in Thailand, Indonesia, Laos, Cambodia and Burma, where millions of dollars are being made in the shipping and trading of “exotic meat” and wildlife.

At the Chatuchak market in the heart of Bangkok, wild animals smuggled from across the world sat in cages for their live or slaughtered sale.

The animals sold in wet markets are highly vulnerable to catching and passing on viruses, due to their diminished immune systems caused by the stress of living in the squalid conditions.

This adds to the risk of viruses such as COVID-19 crossing over to humans during the animals’ handling process and slaughter.

While experts aren’t yet certain, there is suspicion is that coronavirus crossed over to humans late last year from the pangolin, the most trafficked wild animal in the world popular in the unhygienic street sales.

The wet markets are visited by thousands of people each day, making the risk of the virus jumping to humans even higher.