This year we have an excellent record against the hunt.

1) According to the “New Press” _Magazin in Frankfurt, 100 high seats had been eliminated by animal rights activists until July 2020.

Quotes from the newspaper report: “The perpetrators used brute force. Where they couldn’t saw, they bent the metal ladders.” Everything is now unusable, “says the tenant.

(Brute force is only used by hunters against defenseless animals.
Therefore we are pleased that at least from these places no animals are shot anymore) 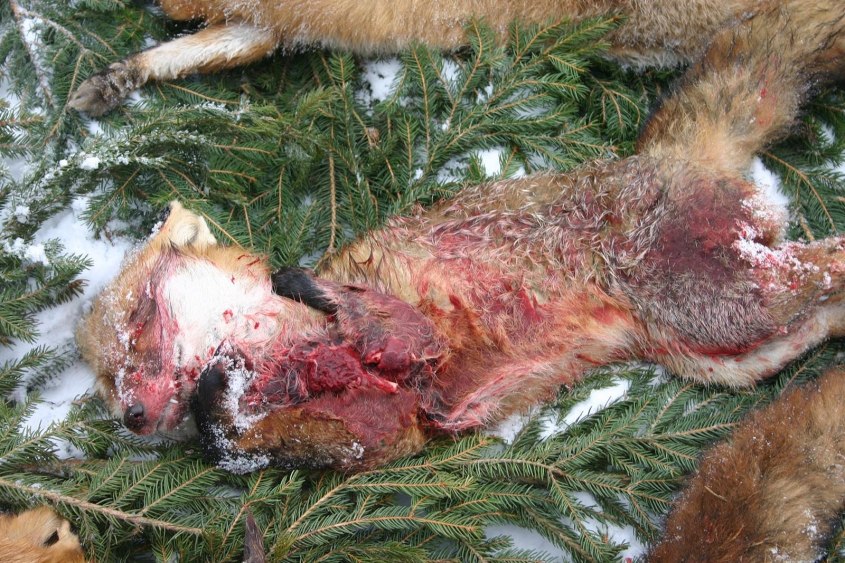 2) It is a concerted action that began in Hessen in February with the destruction of 42 high seats in the city forest.
The damage is estimated at 20,000 euros.

(What a crap!!
The hunters build a high seat with wood, which they loot from the trees of the forest, and costs a maximum of 100 euros each. And most of them aren’t  legal!)

3) The police and the public prosecutor are currently investigating who is responsible for the destruction.

(The crime is not that someone destroyed the cruel high seats, but that they exist at all).

4) So announces the hunting tenant to go hunting with mobile high stands in the future – smaller, collapsible ladders that can be leaned against a tree.
However, it is inconvenient. “When hunting wild boar, we often have to wait for hours in the raised hide in winter.”

(Clear! who is looking for a victim in the forest has to work hard.
And most of the murder seats will be paid – like the others – with money from the community)