The EU imports 4,600 tonnes of frogs’ legs from Indonesia every year – this corresponds to 100-200 million frogs.

In the 1980s, frogs ‘legs fell into disrepute: At that time, images from India and Bangladesh caused horror, showing how cruelly frogs’ legs were chopped off.

In 1985, on the initiative of Germany, the two most traded species at the time were placed under the protection of the Washington Convention on Species Protection – and the topic disappeared from the headlines. First… 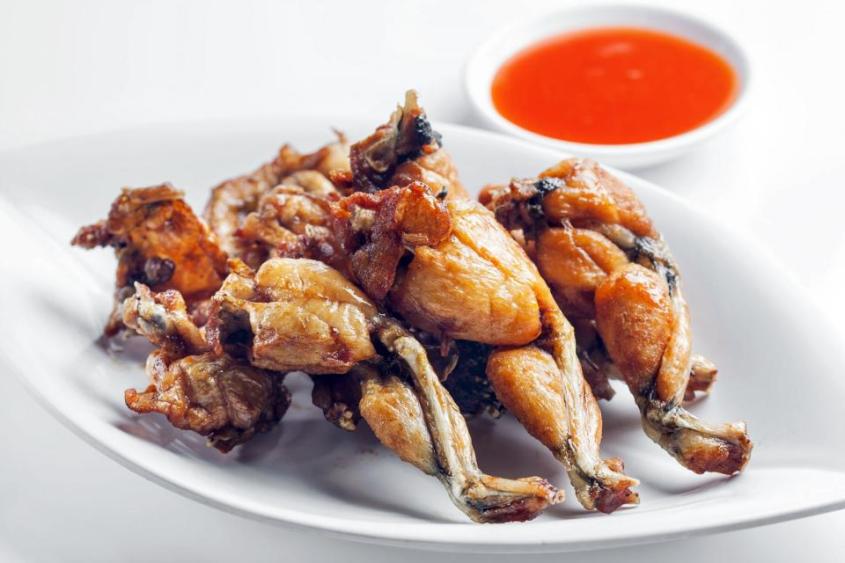 However, Pro Wildlife wanted to know whether this problem has really been resolved.
Our research came to light: Together with the US associations Defenders of Wildlife and Animal Welfare Institute, Pro Wildlife published the study “Canapés to Extinction”, which shows that the problem has shifted from India and Bangladesh to Indonesia.

Since then, up to 200 million frogs have been caught there every year from rice fields and ponds for export to the EU – with fatal consequences for nature: The frogs are becoming increasingly rare, they are missing as insect and pest control agents.

200 million frogs would annually exterminate up to 800,000 tons of insects, snails, and other agricultural pests – if they weren’t caught, killed, frozen, and shipped to Europe.
In this way, however, the use of pesticides in Indonesia is increasing, the water bodies are becoming more and more polluted – with negative consequences for biodiversity as well as humans.

The EU must finally act!
The EU is and remains the sad leader in frog extermination – above all France, Belgium, and Holland.

Catching and selling frogs has been banned in the EU since 1992, so since then they have been importing from Asia, where catching frogs is allowed – regardless of the consequences for the local ecosystems.

Pro Wildlife calls on the EU to finally take responsibility for the looting of nature, to drastically reduce imports, and to work to ensure that frogs are better protected worldwide. 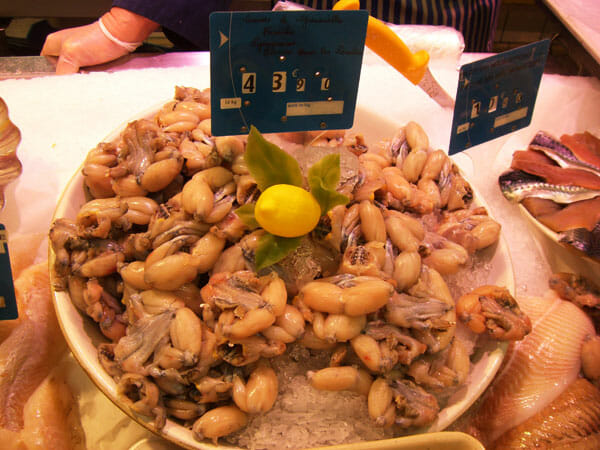 Since the publication of our report, the EU has repeatedly discussed the frog legs issue, and France, the largest EU market, is currently working on further information in order to become active within the framework of the Washington Convention on the Protection of Species (CITES).
As early as 2012, Pro Wildlife presented the fatal role of the EU to the CITES animal committee and called for an end to the uncontrolled trade in frogs’ legs.

But so far EU measures have failed due to France’s lack of interest.

A new study, which shows that Indonesia’s traders incorrectly label almost all frogs and that no one can estimate the ecological consequences of the millions of times being caught, should now revive the debate.
In December 2017, six French associations together with Pro Wildlife called on the French environment minister to finally take action.

And I mean…Today, all European amphibians, including frogs, are protected by law.
Catching, selling, injuring, or slaughtering them is a criminal offense.
Therefore, all frog legs eaten in the EU are imported.

And so the import of frogs’ legs to Germany and Europe is a legalized form of cruelty to animals and exploitation of poor countries like Indonesia.
EU is washing its hands again and shifting the crime against animals and humans as always elsewhere.

Great and senseless suffering clings to frogs’ legs.
An animal has to die in agony in order not even to use half of its body as food.
The frogs caught at night in rice fields and swamps are usually not killed, but the dealers remove their hind legs with scissors, so they cut through the living animal or chop it up. 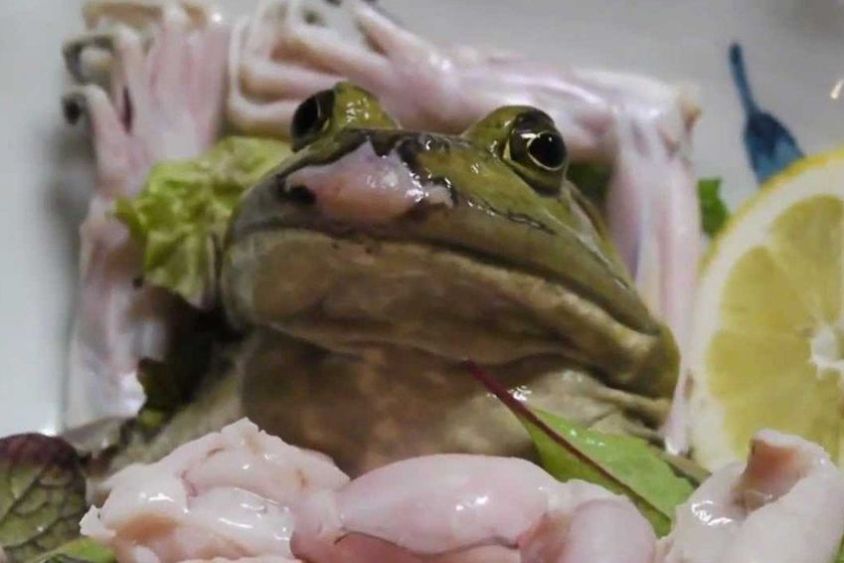 Because it is difficult to breed on farms (as cannibalism and bacterial infections occur), most of the frogs destined for export are naturally derived.
This wild catch is completely uncontrolled. Nobody knows which species are hunted in which numbers. The amphibians are among the most endangered animals in the world.

That millions of frogs are brutally killed, species exterminated and the natural balance disrupted in order to end up with a product that only tastes “like chicken” with the help of marinade or garlic sauce… borders on madness.

A consistent EU-wide import ban could end the drama, but it is unlikely that countries with high frog consumption such as France and Belgium would agree.

It is inconceivable for “gourmets” to forego cruelty to animals!