“Hunters, if you want to save lives stay at home” we can read on the posters. At the bottom of this slogan, figures revealed by the French Biodiversity Office.

During the 2019-2020 season, 114 hunting accidents occurred,11 were fatal and 30 million animals were slaughtered.

This hobby is the only one to cause the death of non-participants (mountain bikers, walkers, some victims were killed at home)

71% of French people do not feel safe walking in nature during hunting season.

50% of hunting accidents occur on Sunday, a day of rest and leisure for a majority of French people

78% of French people are in favor of Sunday becoming a day without hunting.

In France, according to the National Union of Hunting Game Producers, 14 million pheasants and 5 million partridges are reared each year to be released a few hours before the hunt begins.

Thus, 9 out of 10 pheasants killed in hunting come from farms.

For the Foundation Brigitte Bardot… “these grain-raised animals serve as targets for hunters who engage in a real clay trap in a henhouse!” 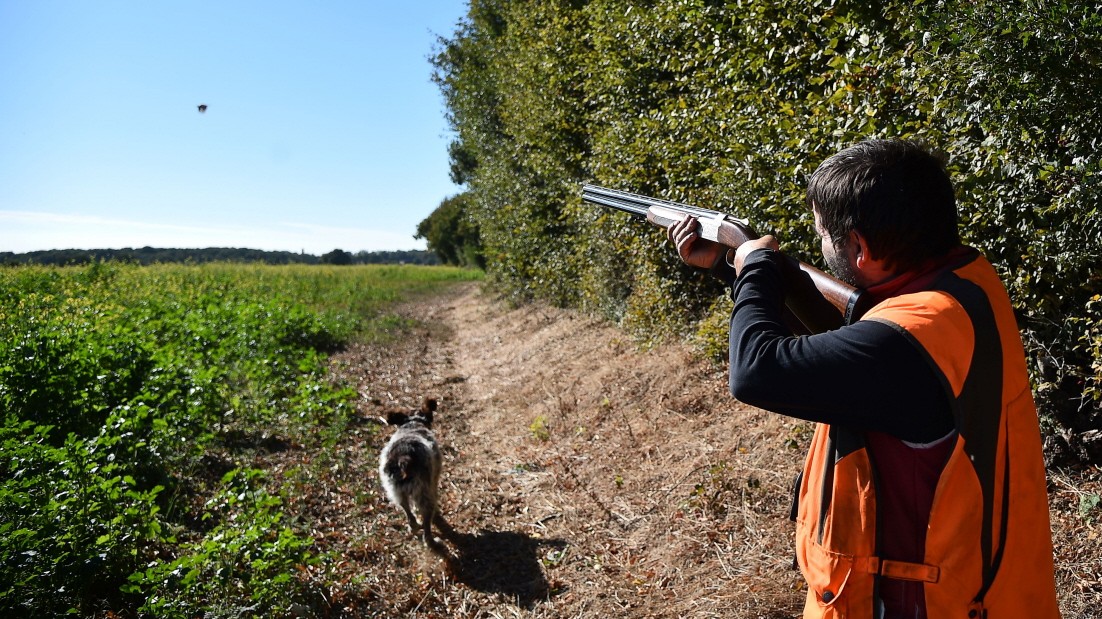 The situation of these farms is so absurd that the deputies Guillaume Pelletier (LR) and Pascal Brindeau (UDI) intervened with the Minister of Agriculture to request the extension of the hunting period in order to be able to organize the slaughter, by hunters, game not released during the confinement period.

This shows how hunters are not managers but gravediggers of nature, their role is not to “regulate” species but simply to kill for the sake of killing.

The French are 77% in favor of recognizing the character of being sensitive for wild animals in order to allow them to benefit from legal protection (as is the case for domestic animals) during mistreatment and acts of cruelty.

The hunt? A morbid, archaic, destructive, useless, and dangerous leisure …

And I mean … 1.3 million hunters are registered in France. Just for comparison: The German Hunting Association currently has 397,414 hunting licenses.
If you add a wife to every hunter, because hunting remains a men’s hobby, you get two and a half million French voters who need to be courted.
Emmanuel Macron understood that.

Macron’s bows to the hunters are sometimes tangible, sometimes symbolic.
He has halved the price of the hunting license from 400 to 200 euros.
And he celebrated his 40th birthday in 2017 at Chambord Castle, the former royal, now legendary hunting ground.

On the night of his birthday party, Macron joined the hunters and their freshly shot boars.
Despite asking for discretion, the hunters proudly tweeted a photo of the Halali president around the world.

In Germany every year 5 million wild animals are shot, or killed in traps.

5 million animals every year – that’s 13,700 every day, 570 an hour, almost 10 animals a minute. Every 6 seconds an animal dies at the hands of a hunter.
The most hunted animal in Germany is the fox.

The justification for the 500,000 bloodbaths with foxes, which are actually only supposed to hide one’s own desire to kill, is rabies, which has been practically eradicated in Germany since 2008.

Theodor Heuss, the 1st President of the Federal Republic of Germany, put it in a nutshell about 50 years ago:
“Hunting is a subsidiary form of human mental illness“.

Whole job done: the result of a fox hunt. There should be people who get intoxicated at such a sight. And they are even allowed to run around freely …

Heuss was right! If you see these pictures, you agree with him.

One thought on “France: the power of the hunters”