An Animals ‘Angels team accompanies a transport of bull calves to Turkey.
The animal children come from the Czech Republic. They are still transported across the Bulgarian-Turkish border in an EU-approved truck.
At the border, however, they are loaded onto a Turkish truck. This truck does not meet the requirements of the EU for animal transport by a long way.

There are neither drinking troughs on board nor sufficient ventilation or litter for the 60 calves.

They have to stand or lie on the bare, slippery metal floor for the next 17 hours.
We accompany the young bulls from the Turkish border to their destination near Kirsehir in Central Anatolia.
During a longer stop, we watch them roll their tongues in despair – a typical sign of hunger.

Many of the calves have clearly sunken flanks.

Erwin, who previously blinked at us with one eye (his other eye is infected, maybe from a blow or kick in the eye while driving), is now curled up on the dirty floor, exhausted.
Overall, according to our observations and calculations, they are at least 19 hours without water and almost 30 hours without food before they arrive exhausted at their destination the next morning.

There they will be fattened for the next few months before they make their last trip to the slaughterhouse.

This madness has to stop!
Animals are sentient beings – and the EU recognizes them as such.
But only on paper, because Erwin and all the other ‘farm animals’ do not notice any of this on the transports.
This transport also shows once again that control outside the EU is not possible.

Who on site is interested in whether the animals are loaded onto unsuitable vehicles?
Who will check and punish it accordingly? (!!!)

For us it is clear: The long animal transports to countries outside the EU must finally be banned!

With a detailed report on our observations on this transport, we continue to campaign for this export ban in the EU and its member countries.
Everything about our projects and missions: http://www.animals-angels.de
Time to Act: For a better law to protect animals during transport

And yet! The animals also suffer terribly when they are transported within the EU and even within Germany.
Four million cattle, pigs, sheep and goats are transported from the EU to third countries every year and slaughtered there. These include 70,000 cattle from Germany.

For the entire EU, the numbers increase to 360 million pigs, cattle, sheep and goats and four billion poultry – every year!
In Germany, only one percent of all animal transports are checked on the road.

Article 3 of the EU Animal Transport Regulation states:
“Nobody may carry out or arrange for an animal to be transported if the animals could be injured or unnecessarily suffered in the process.”
Everything fits on paper!
The EU legislation has no time limit for Animal transport. With certain breaks, animals are allowed to go endlessly
be transported.
For horses and pigs, for example: 24 Hours of travel – 24 hours break in a supply station – 24 hours of travel – etc

That might still be bearable if the animals had as much space as in a stable.
But a full-grown fattening pig has to get by on half a square meter in a truck; 1.6 square meters are provided for a cattle. 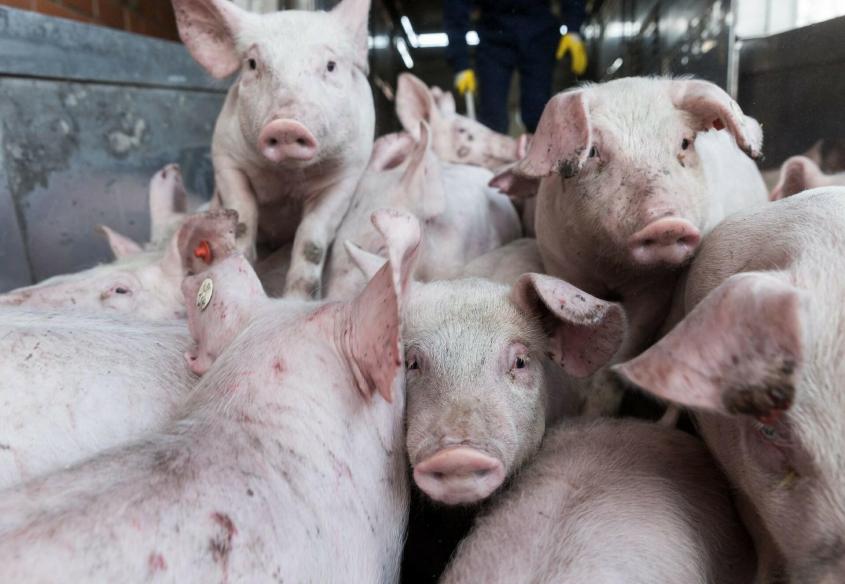 Animal welfare organizations have been calling for the requirements to be tightened and the transport time to be strictly limited to eight hours for years.
We still remember the 1.2 million votes of EU citizens for the 8hours campaign in 2014.
But the EU Commission has so far shown no willingness to realize it.

It is an incredible crime, it is barbaric to treat animals like that in the 21st century and to preach an animal transport law that is not even worth the paper.
Worse still, we are allowing an incompetent, disinterested oligarchy to work in the service of the meat and dairy industry and constantly refuse to respect EU citizens’ desire for better animal welfare.