Bandit, the disabled dog that nobody adopted … until the right person arrived.

Bandit lived in a Dog Rescue Center: Gwinnett Jail Dogs, in Georgia, United States, as La Stampa says. He is a sweet and affectionate dog, but he is disabled. His life in a cart always scared potential adopters. 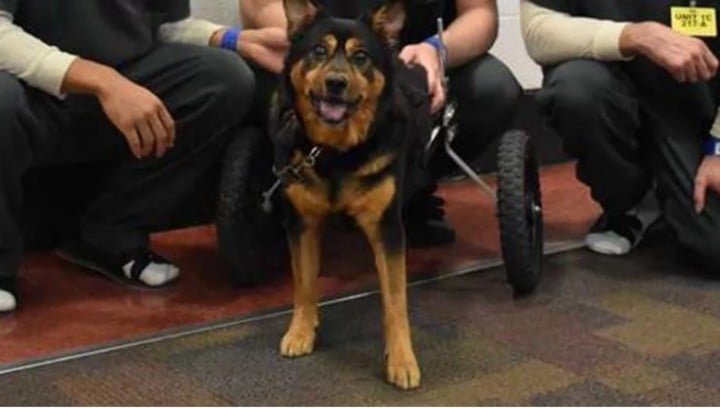 Bandit is sweet and affectionate, but they rejected him as disabled.

Despite this, over the years four families decided to take him home. A few days later they returned it. The disability problem caused them to back down. In the Center they believed that Bandit would never have a home.

But a couple saw on Facebook the story of Bandit and understood that they were adequate to give him the love and attention he needed. Darrell and Sue Rider are the couple who were not afraid of the special care Bandit needs. 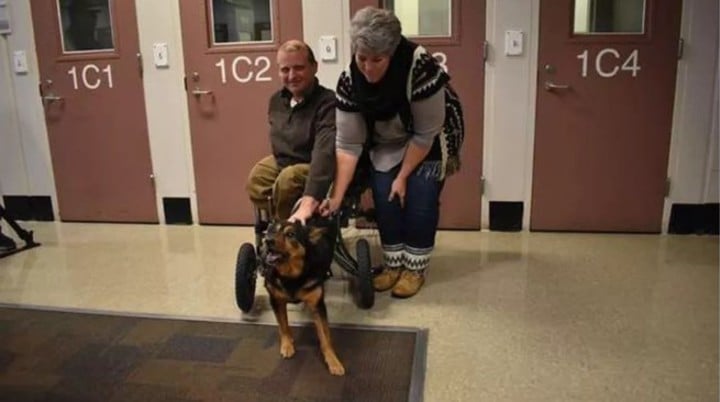 There were no more doubts from either party: Bandit was the right dog in the right family.

And since he arrived at his new home Bandit adapted as if he had lived there all his life. Only now Bandit knows that he found his place in the world. Where they love and understand it. And Darrell knows he has the dog he always wanted. Who understands and loves him as he is. 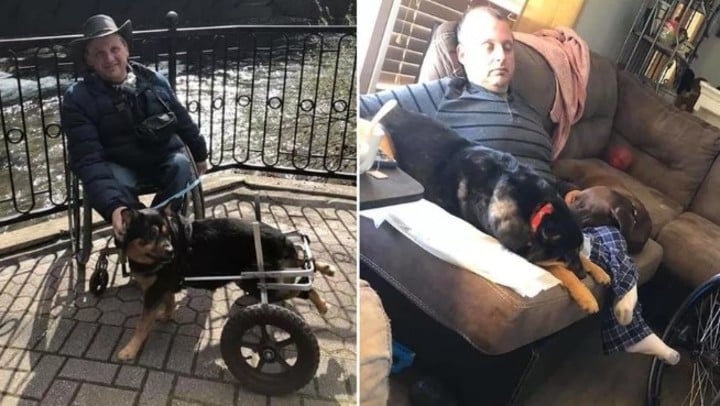 “We knew what Bandit needed. And we also feel a much deeper connection than anyone else would have with him. “

Darrell also lives in a wheelchair. No one better than him to understand what that dog feels and needs.

And I mean…There is a saying that says: “A pain shared is a pain halved”.

The two will definitely be inseparable for a lifetime in luck and pain, and thus they will show everyone that the weak, the disabled, the helpless in our society deserve an opportunity to be loved and treated equally.

One thought on “The story of Bandit- a love story”