You know, sometimes all this bad animal news kind of gets to you a bit – the stuff I put on the site today re Serbian strays – https://worldanimalsvoice.com/2020/02/15/the-very-good-people-and-the-sickly-bad-people-for-dogs-in-serbia/ all those defenseless, helpless little dogs has just re ignited the anger in me for all that fighting that we did on SAV for all those years – https://serbiananimalsvoice.com/ – the videos and the photos sum up the situation that we have only been involved with since 2005; and it goes back more than that !

The mass catching’s and abuses are still there today – I don’t really know what the answer is apart from what we have always fought for – a NO KILL policy – sterilisation, vaccination, identification (an ear tag) and a close down of all the private shinter outfits. The government and authorities need a drastic review of their policies, and to have an ounce of compassion; as do the Chinese and others.

So, you have to chill sometimes as a result – and for me, one big way is loud music; even if for 10 minutes or so; it is a break.

‘Heroes’ was written by the late, great David Bowie; and it has become a kind of anthem in the AR movement. It also features in the closing of ‘The Cove’ movie; dolphin slaughter.

Here is a video of one London 2016 protest against Taiji dolphin hunting very, very shortly after David died – the video is a kind of tribute to his involvement to the fight:

I also really like the ‘Heroes’ version by ‘Mororhead’. Watch it and enjoy it here.

Februdairy – A desperate attempt to promote the declining dairy industry

What on earth is Februdairy?

As public opinion continues to shift, increasing numbers of people are falling out of love with dairy products.

Recent years have seen a significant shift in consumer attitude towards dairy, as more people understand the environmental, health and animal welfare issues associated with the industry. The UK is now drinking 50 per cent less milk than they were in 1974, according to a report by Agriculture and Horticulture Development Board (AHDB) released on Tuesday 6 February.

Viva! have investigated countless British dairy farms and exposed the brutal reality of the industry – helping many people make the switch to dairy-free.

An increasing number of dairy-alternatives are widely available including cheeses, yoghurts, milks and chocolates. Supermarket giants ASDA, Aldi, Tesco and Sainsbury’s now all have their own ranges of vegan food – proving these products are big business. Although the milk market is much bigger, valued at over £3bn, demand for cow’s milk is declining and plant-alternatives sales have surged 10 per cent over the past two years. It’s undeniable, dairy-free sales are booming and show no signs of slowing down. Considering these factors, it comes as no surprise that the dairy industry is desperately trying to claw its way back into public favour.

So what is Februdairy?

Februdairy is a social media campaign created by the dairy industry in a desperate attempt to boost sales and portray dairy in a more favourable light. This is the industry’s third annual campaign and is pitched as a direct response to Veganuary, a campaign which encourages consumers to try vegan for one month. This year Veganuary announced a record number of sign-ups with a whopping 400,000 people going vegan for a month. Milk producers, pro-dairy consumers and industry experts are encouraged to create and share pro-dairy content during the month of February on social media using the hashtag #Februdairy.

When the campaign launched in February 2017, the vegan community commandeered the hashtag to highlight the darker side of the dairy industry, where pain and suffering is an everyday occurrence. Social media has played an instrumental role in the rise of veganism and vegans are well versed in using it as a platform to educate and inform others. Animal rights advocates and groups including Viva!, Animal Equality and Animal Aid use Februdairy as an opportunity to expose the cold-hard facts surrounding dairy production – which doesn’t go down well with the dairy industry.

A surprising number of people are still unaware that cows must be made pregnant to produce milk. To do this they are artificially inseminated and give birth to a calf, which is taken away shortly after. – There is no time for maternal bonding when profits are priority. If the calf is female she will face the same fate as her mother, if he is male he will be raised for veal or more likely be shot shortly after birth as an unwanted by-product of the dairy industry. These are all facts that the dairy industry chooses not to shout about – not surprising is it?

In addition to these abhorrent practices, the livestock industry is having a detrimental effect on our planet and many people are choosing to go vegan as a result. Dairy is the second biggest greenhouse gas emitter in the food production industry due to the huge amounts of soya needed to feed dairy cows and the methane they release. According to a recent article in The Guardian, all plant-based milks are better for the environment (3), with oat and hemp milks having the smallest environmental impact.

A recent Farmer’s Weekly article interviews a dairy farmer and marketing consultant, Andy Venables, who called for an overhaul in the way milk is promoted – describing it as “a complete mess”. The article concludes ”The dairy industry could learn a lot from the vegan movement, which had attracted huge media coverage despite accounting for just 1.16% of the UK population”, said Mr Venables.

Although the industry admits it needs a re-brand, they seem to be in denial about why people are ditching dairy for plant-based alternatives. Until they understand this, it looks like we’ll be seeing a lot more Februdairy-style campaigns from the industry as veganism continues to grow globally.

This Mother’s Day Viva! are organising a national Day of Action to raise awareness about the plight of dairy cows, Britain’s hardest working mothers, and encouraging them to go dairy-free. Visit https://scarydairy.org.uk/campaigns/mothers-day-action for more information.

For more information on the health, environmental, health and animal welfare issues caused by the dairy industry please visit www.scarydairy.org.uk .

I need to show them the reality.

Therefore, I have put together some videos showing both the good people and the bad people of Serbia with regard dogs; along with a series of photos who campaigner friends have supplied over the years – I know they will not object to me using them to inform the world.

Many good folk are doing what they can to help the dogs; but as we have said on many SAV posts before, it is a very corrupt system with government and regional authorities; where national animal welfare laws are simply ignored.

So please watch the videos which show the good and the bad – rage, repent but most of all, spread the word about the situation. Pass on the link to this post if it helps with your campaigning.

The Good people and the bad people for dogs in Serbia.

We don’t need to say anything – just watch below for yourselves the atrocities undertaken against stray dogs in a European nation. The photographs we include are random prints from our extensive archive of situations all over Serbia which have been compiled with the help of great animal campaigners; we especially thank them for their strength to fight this abuse.

For all my stray campaigner friends around Europe – Stay strong !

With regards the videos below; you don’t need to know what is being said – the footage is enough to understand ! 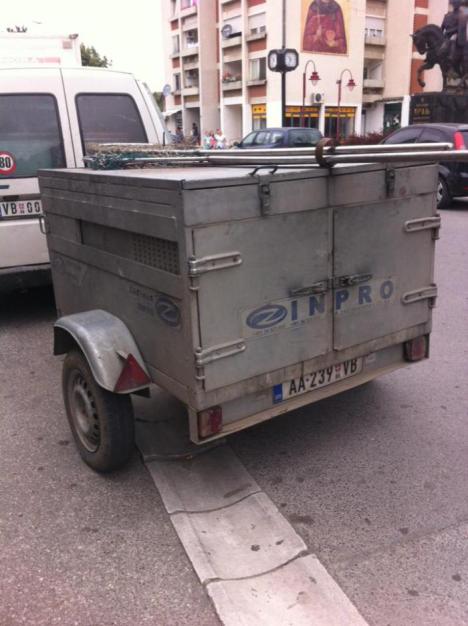 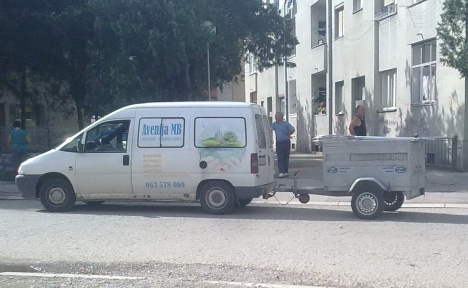 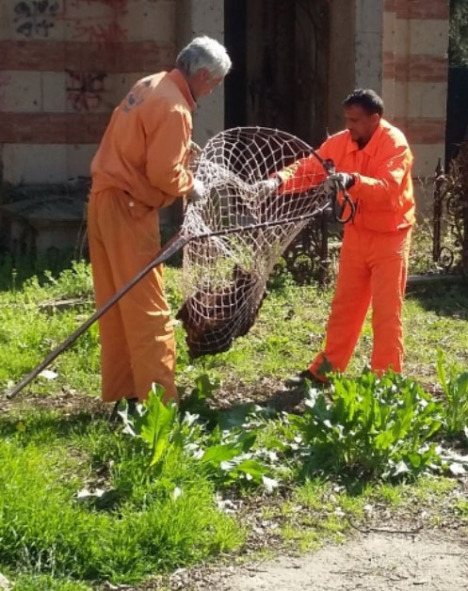 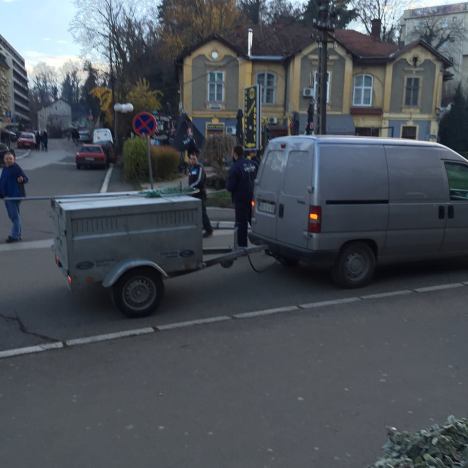 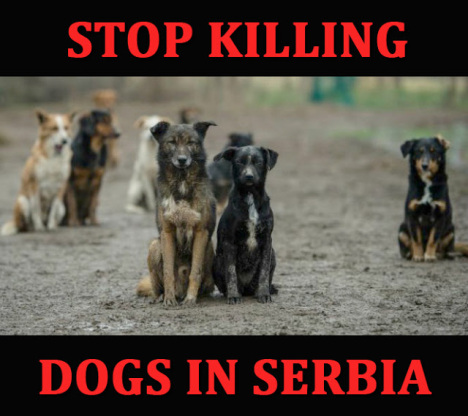 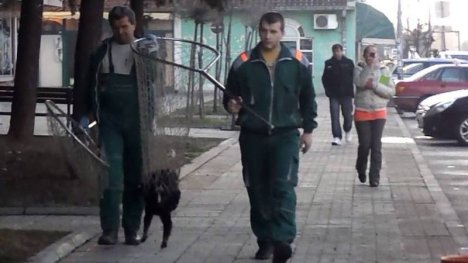 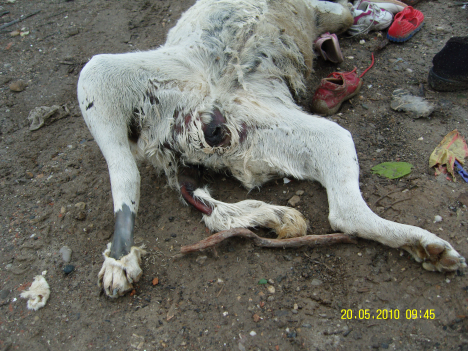 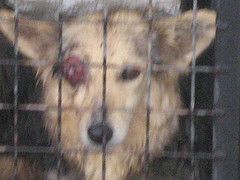 The dogs are encouraged to chase and tire out the pigs and then hold them by the ears until a human arrives to kill them. Pigs who are chased, trapped, and killed in this way experience intense fear and distress.

Usually, hunters kill pigs by “sticking” them – stabbing them in the stomach or chest to puncture the heart – before leaving them to bleed out in a prolonged and painful death.

Because these hunts cover large areas and it’s difficult for hunters to maintain contact with their dogs, pigs are often mauled for long periods and even killed before the humans arrive on the scene. In many cases, hunters actually encourage their dogs to maul the pigs.

The dogs are usually large mixed-breed ones who’ve been “blooded” to make them especially aggressive. They may be beaten, starved, and psychologically abused in order to “train” them not to retreat from a pig 10 times their size.

After enduring this trauma, they’re then exposed to extreme danger during the hunt. Even though they may be “armoured” – wearing protective throat collars, breastplates, and vests – they’re often injured, mutilated, and killed. 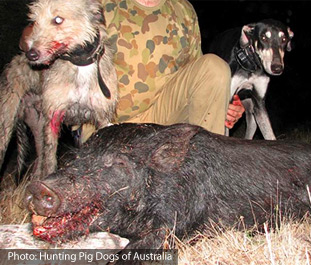 Write to the New South Wales and Queensland state governments and ask that they take action on this important issue.

Here is another petition on the subject, please sign: https://www.animalsaustralia.org/take_action/stop-pig-dogging/

And I mean...The same thing happens with the “training” of dogs against foxes in Germany.
In Spain the galgos are also trained to death either for hunting the rabbits or for competition.
And in Eastern countries, dogfighting is booming, as we recently reported.
https://worldanimalsvoice.com/2020/02/02/kosovo-dog-fighting-as-an-organized-crime/

Everything takes place with the support or tolerance of corrupt politicians.
From psychopaths who sit in important positions and decide about lucrative business with animals.
But it is not an argument not to publish any criminal acts because they happen everywhere.
Wherever they happen, we will publicize them and ask for help.
Because the animals have just us.