Here are a few pictures of one of our cats ‘Brownie’ – I took these today (25/2) while she was in the office watching me doing things. She just laid on the window sill enjoying the sun coming in through the window. Sleep; Eat; Go Out; Sleep; Eat; Go Out – that is her busy schedule. She is a little sweetie and very much loved.

Check out their website for all the latest news and actions:

As we swim through Cupid’s month of love, we want to extend a little extra appreciation and gratitude to our devoted volunteers and members that help us protect our planet. Thanks to you, TIRN is thoughtfully and deliberately addressing some of the biggest challenges in the environmental crisis. From our ongoing litigation to halt unsustainable fisheries and challenge senseless policy to our upcoming program to protect nesting sea turtles, we promise to continue doing everything in our power to protect and heal the planet so that you and future generations can continue to love and enjoy nature for years to come.

On Feb. 14 a whale watching company spotted a humpback whale tangled in a net, struggling as it swam up the California coast from San Diego. The whale was severely entangled in drift gillnet: a barbaric method of commercial fishing that should not exist. Unfortunately, crews who initially spotted the whale were unable to help the whale which was active at a frantic pace—it was too dangerous to get close to the animal. Now, the Coast Guard and the West Coast Whale Entanglement Response Program are closely tracking the whale to attempt to safely remove the netting. It was last spotted outside of Dana Point. Although the netting still has the right fluke entangled, if appears that whale has been able to discard some of the net. Please email your members of Congress, asking them to support the Driftnet Modernization and Bycatch Reduction Act. 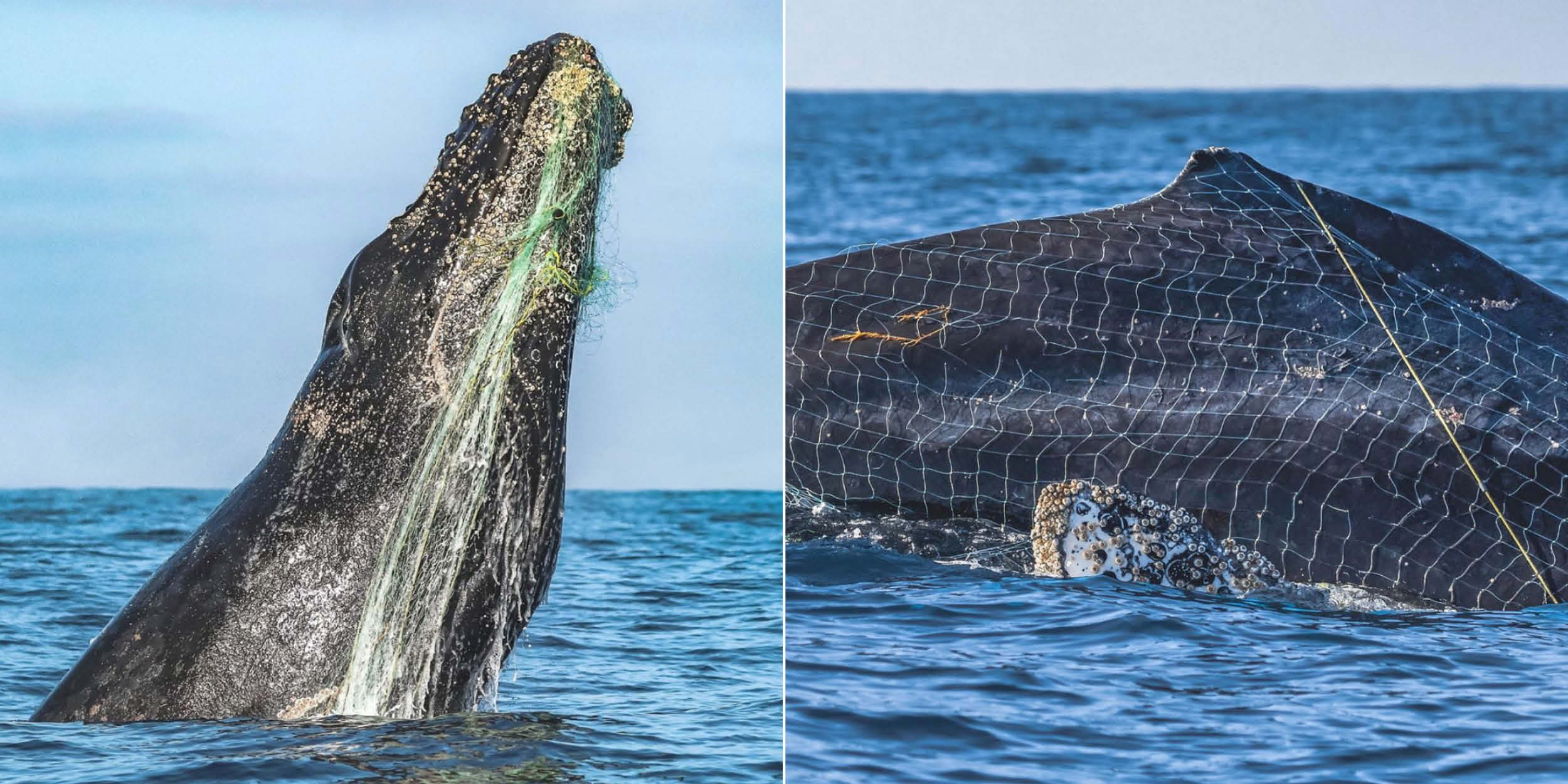 The way is clear for storks: The first white storks to move north have been sighted in Lebanon.

The day before yesterday, over 100 of the protected birds came to rest in a project area of ​​our partner association Society for the Protection of Nature in Lebanon (SPNL) on the edge of the Bekaa Valley.

This video shows the animals on the snowy afternoon in the highlands of the cedar state.

A team from the “committee against bird murder” specially trained in poaching and (SPNL), together with the police, drove around the sleeping community patrol and ensured the safety of the resting migratory birds.
The fact that the storks were able to continue their flight into the breeding areas the following morning is anything but self-evident – a few years ago the birds would have been attacked at the latest when they left.

Even if there is still a lot to do, our campaign for better migratory bird protection in Lebanon is now showing its first successes.

My comment: Every year the “committee against the bird murder” receives news about massive “stork massacres”, which come mainly from the mountains east of the city of Tripoli in the north of the country.

Much of this information is published by the psychopath poachers themselves, who regularly display “trophy photos” of themselves and their prey in social networks despite the prohibitions.

The videos of the discovered poachers show that automatic rifles – such as Kalashnikovs (!!!) – are also regularly used for stork hunting.

Our psychopaths here in Germany are not much better.
Germany’s hunters killed over 820,000 wild boars in the 2017/18 season.
It is the highest result ever.
There was even money for each animal shot, between 50 and 200 euros.
This is called “bounty” in the killer language.

Nevertheless! A crime is not “understood” because another similar or worse one happens somewhere else.
Hunting is and remains murder, regardless of the extent and the nationality.
And every prevent murder to animals makes us happy and brave to continue fighting against this barbaric hobby.

On behalf of the animals, we thank the courageous “bodygards” in Lebanon who saved the lives of the 100 travelers.

A couple of the issues in this newsletter:

New Friendship City Campaigns
Will Copenhagen and Sintra Speak for the Korean Dogs?

Sister and Friendship City Agreements are formed between two cities with the aim of being mutually beneficial (for trade, cultural exchanges, business links etc., and to foster friendship), and many cities throughout the United States and around the world have such ‘twin cities’ all over South Korea. We can bring the unacceptable practices of South Korea’s dog meat trades to the attention of the relevant City Mayors and their Offices, and to urge them, in the spirit of friendship and for the good of the Korean people, to reach out to their counterparts in South Korea, asking them to enforce their laws and to put an end to the cruel dog and cat meat trades. Click below buttons to take actions today. 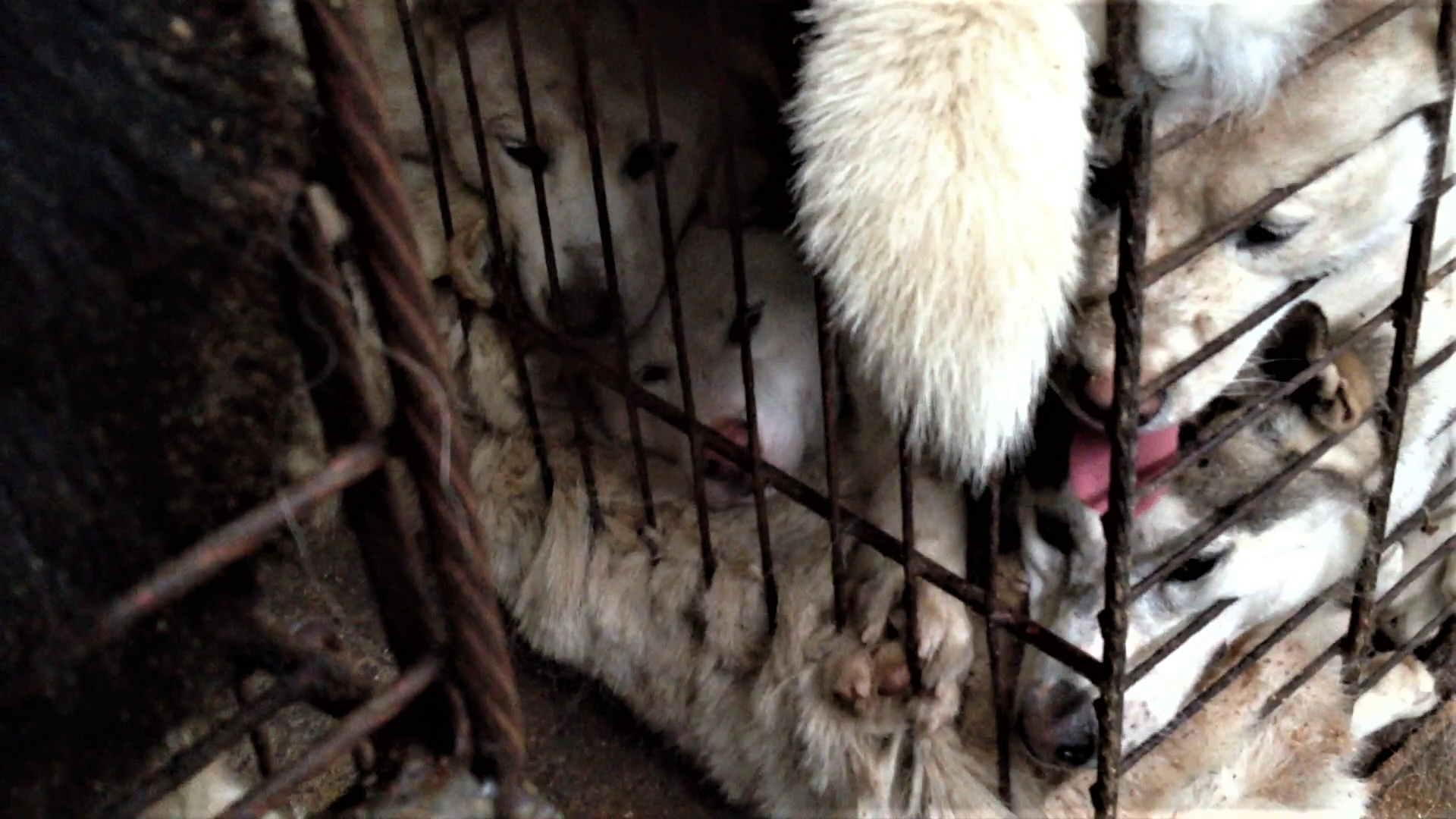 Money is a major motivator for change. If we impact Korea’s tourism industry, it will help put the pressure on the Korean government to bring an end to their cruel and vile dog and cat meat industry.

We have set up “Visit Korea” sites to help prospective visitors to learn more about Korea to help them make the right decisions. Please visit and “Like”. Feel free to post and comment on the pages. Thank you!

Why you need to ditch dairy – is this ‘natural’ ? – don’t think so – simply the abuse of man over the animals once again.  Watch the second video for more.

What part of this man-made monstrosity looks “natural” or “humane” to you? 😡

Regards to you all – Mark.

RT if you would NEVER watch a bullfight.pic.twitter.com/miFmv5AxLo 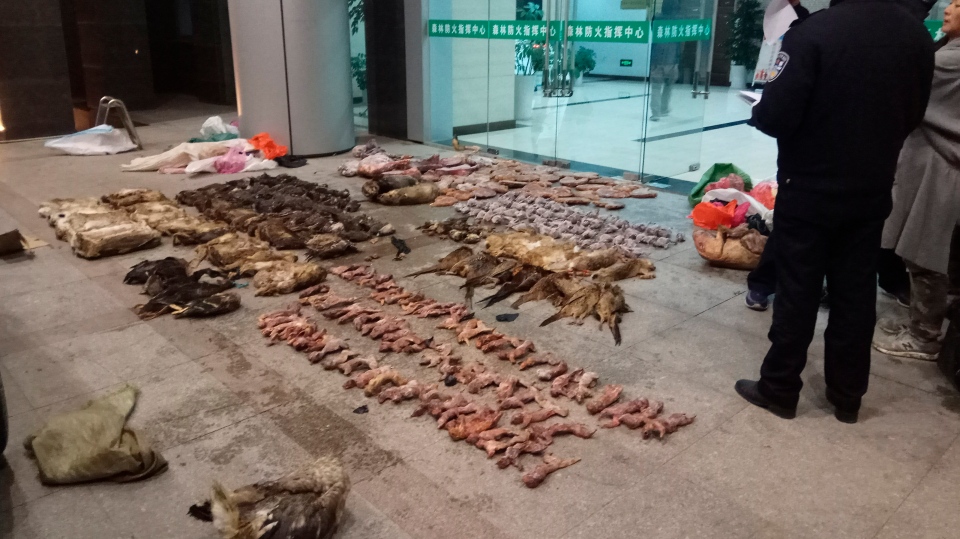 WAV Comment – the is always big talk from China; but look at the last paragraph here – ‘According to a price list that circulated on China’s internet, one of the merchants at the Wuhan market at the virus epicentre sold a vast menagerie of animals including civets, rats, snakes, giant salamanders and live wolf pups’. So this is what they call ‘controlling’ it, is it ?

We as an organisation have always joined with many other conservationist groups in saying:

‘The coronavirus epidemic had highlighted “the prominent problem of excessive consumption of wild animals, and the huge hidden dangers to public health and safety’

‘Conservationists say China is the single biggest country driving consumption of many threatened species, and that animals are routinely subjected to horrible conditions and cruel treatment’.

China has now spread this illness of death all over the planet; the animals are biting back ! – global trade; tourism and big bucks are now paying as a result.

Only when China wakes up to the real reality of what caused this; a non enforcement and controls that they have never adopted in the world of animal welfare; will it start to make progress. At the moment it is still a big animal ‘Karma’ – nature is biting back; and hard !

Wake up China; we want respect and protection in law for all animals. More to this, we want you to enforce the law and not do yukspeak only.

BEIJING, CHINA — China on Monday declared an immediate and “comprehensive” ban on the trade and consumption of wild animals, a practice believed responsible for the deadly coronavirus outbreak.

The country’s top legislative committee approved a proposal “prohibiting the illegal wildlife trade, abolishing the bad habit of overconsumption of wildlife, and effectively protecting the lives and health of the people,” state television reported.

Previous temporary bans have been put in place, including after the SARS (Severe Acute Respiratory Syndrome) virus killed hundreds of people in China and Hong Kong in 2002-03 and was also traced to wild animal consumption.

That prohibition was short-lived, however, and conservationists have long accused China of tolerating a cruel trade in wild animals as exotic menu items or for use in traditional medicines whose efficacy is not confirmed by science.

The decision was made by the Standing Committee of the National People’s Congress (NPC), which oversees the country’s rubber-stamp legislature.

The coronavirus epidemic had highlighted “the prominent problem of excessive consumption of wild animals, and the huge hidden dangers to public health and safety,” said the report by China Central Television (CCTV).

Chinese health officials have said the virus likely emerged from a market in the central city of Wuhan that sold wild animals as food.

The coronavirus has killed 2,592 people in China, infected some 77,000 others and paralysed the country’s economy.

It has also infected people in at least two dozen other countries, killing nearly 30, and its rapid global spread has raised fears of a full-blown pandemic.

The committee also on Monday decided to postpone this year’s NPC session — scheduled to begin in early March — which will delay any legal revisions on wildlife trade.

As a result, the Standing Committee issued a full ban immediately until final legislation can be passed, CCTV said.

There already are laws in place against the wildlife trade, but conservationists say they are full of loopholes regarding many species, and that enforcement is episodic or just plain lax.

After the epidemic began exploding across the country, China late last month ordered a temporary ban “until the national epidemic situation is over”.

But conservationists and virologists said a temporary ban was not enough, calling for a permanent prohibition with tough enforcement.

Conservationists say China is the single biggest country driving consumption of many threatened species, and that animals are routinely subjected to horrible conditions and cruel treatment.

The exact source of the coronavirus remains unconfirmed, with scientists variously speculating it originated in bats, pangolins, or some other mammal.

According to a price list that circulated on China’s internet, one of the merchants at the Wuhan market at the virus epicentre sold a vast menagerie of animals including civets, rats, snakes, giant salamanders and live wolf pups.

Many people buy sheep and goat milk products without worrying about where this milk comes from.
Dairy companies often produce ads where happy lambs and goats graze in beautiful green fields.

But the reality of how that milk ended up on your supermarket shelf is cruel.
Cruel and deliberately kept in the dark.
Just like the cows, sheep and goats are forcibly impregnated and their babies are taken away from them within hours after birth.
Because the milk they produce is for a few billion consumers who don’t care about animal suffering.

The mothers are treated like milking machines and their babies are locked away as if they were objects, like uncomfortable by-products, thrown away to be killed at a later date.

Their life is hell on earth.
WE, human beings have made animal life hell.

We act with our own judiciary.
Equipped with perfidious, ice-cold, cynical morality, we still remain barbarians towards the animal.

We value a high culture at every opportunity, and thereby commit the most hideous atrocities on millions of defenseless creatures every day.

“Only when this simple and undoubtedly valid truth has reached the people’s consciousness that the animals are mainly and essentially the same as we are, will the animals no longer stand as lawless beings”.
Arthur Schopenhauer, German philosopher

And the next victim is already selected for the Easter circus.