UN report on agriculture-Article from the German magazine “Der Spiegel”

To say it right from the start: an organic steak alone is not enough to save the world.

At least not if it is eaten daily.

According to a recent study, meat consumption is the world’s biggest destroyer of nature, and this includes organic meat. Only with more plant-based nutrition can the dramatic loss of biodiversity and ecologically sensitive habitats be stopped, according to a report published on Wednesday by Unep and the Chatham House think tank.

The global meat industry and intensive agriculture have become the main drivers of this destruction of nature. The loss of habitats and biodiversity has never been as dramatic as in the past 50 years.

The reason is the reallocation of natural ecosystems for feed production or grazing land.

The more intensive agriculture that relies on pesticides and monocultures is particularly problematic. This would permanently destroy the soil, which in turn would lead to even more reallocation of natural land.
In addition, large amounts of fossil energy, fertilizer, and water are needed to produce meat.

This is being fueled by the trend towards more and more cheap food.

The victims are birds, mammals, insects, and microbial organisms that lose their habitat.
This type of food production is also fueling climate change.

Around 30 percent of the greenhouse gas emissions produced by humans came from agriculture.

In meat production, the negative effects of climate change have been discussed so far.
The extinction of species and broken soils are often in the background.

As early as October last year, a report by the Federal Agency for Nature Conservation (BfN) indicated that almost a third of all mammal species in Germany are also endangered. This is also due to intensive agriculture in this country.

More vegetables instead of steak and chicken wings 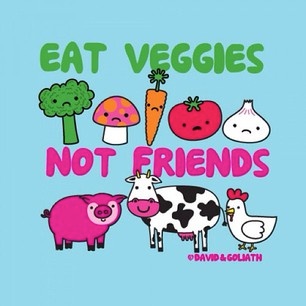 Therefore, more plant-based food should be eaten, according to the report published on Wednesday. He also advises better protecting land and making agriculture more environmentally friendly.

“The intensive keeping of billions of animals around the world causes serious damage to the environment,” warned primate researcher Jane Goodall.
The authors of the report warn that the loss of biodiversity will accelerate without a change of direction. In the event of further destruction of the ecosystems, food for the population would ultimately also be at risk. 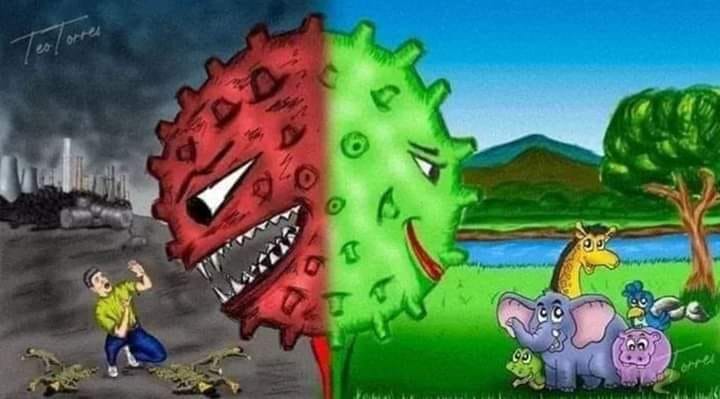 A change in eating habits has another decisive advantage: in the future, the risk of pandemics could also decrease if more habitats and wild animals were left untouched.
“At a time when much of the world continues to fight the Covid-19 pandemic, it has never been so obvious that the wellbeing of people and animals, wild and farm animals, are intertwined,” said Philip Lymbery, Head of the Compassion in World Farming organization.

And I mean...It is the crime of cheap beef: the EU is the third most important buyer of Brazilian beef in terms of sales.
In 2018 imports increased significantly.

115,333 tons of imports were already registered in the first ten months of 2018. That was 22 percent more than in 2017.
The quantities are likely to increase by the end of the year.

At just under 58,000 tons, the Argentinians delivered 40 percent more.

Beef from these two countries is comparatively cheap. While Brazilian goods cost the equivalent of around 217 euros / 100 kg, according to EU data, 374 euros / 100 kg must be created for EU goods.

Thousands of hectares of primeval forest are being cleared in South America, and a unique ecosystem is threatened.
Companies are creating huge areas there for growing soybeans – especially for German meat producers.
Most of the soy harvest ends up in Germany as feed for animal fattening.
The future plantations look like open wounds, freed from trees, armadillos, and wild boars.

Breeders and fatteners have made Germany the largest soybean importer in Europe, with imports totaling 3.7 million tons of soybeans and 2.8 million tons of soybean meal in 2016.
The German importers get most of the deliveries from South America – and according to research by the Mighty Earth Organization, they also buy the lion’s share of the soy for which the Gran Chaco is cleared in Argentina and Paraguay.

Our capitalist system doesn’t know any other direction, it has to go on and on.

“As a matter of fact, nothing else can be given as the purpose of our existence other than the knowledge that it would be better not to be there”.
Schopenhauer

One thought on “Meat consumption is nature’s greatest enemy”