Slash and burn in the Amazon rainforest increased under Brazilian President Jair Bolsonaro.

But is that a crime against humanity? Bolsonaro is now being accused of that.

The International Criminal Court in The Hague could open an investigation.

The leaders of two indigenous peoples in Brazil have filed a complaint against the President of their country, Jair Bolsonaro, at the International Criminal Court in The Hague. Now the court must decide whether to open a formal investigation. 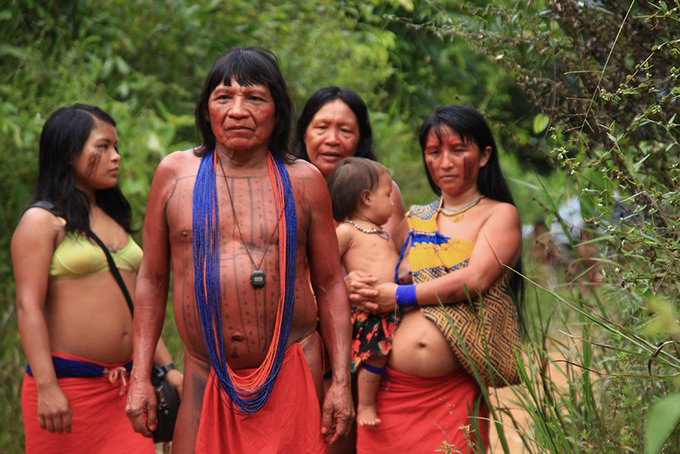 Bolsonaro is charged with crimes against humanity. He is systematically destroying the Amazon rainforest, is responsible for the murder of environmental activists and indigenous people, and undermines the work of the authorities to protect the environment and the indigenous people.

“The situation is the direct result of Jair Bolsonaro’s policy,” said the complaint. The head of state wants to “remove all barriers to the plundering of the treasures of the Amazon”. 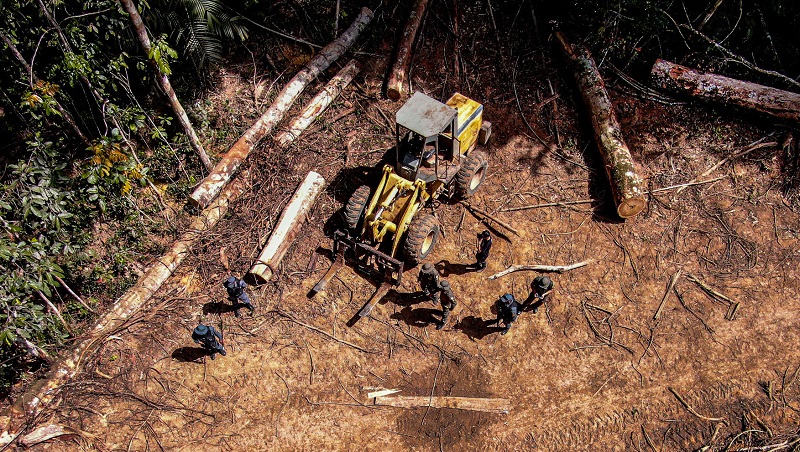 It is not difficult to find evidence for the various allegations.

Since Bolsonaro took office in 2019, deforestation has increased by half and is now at its highest level since 2008.
Violations of protected areas for indigenous peoples increased 135 percent in 2019.

At least 18 people were murdered. At the same time, convictions for environmental crimes fell by 40 percent in the year before last.
In addition, responsibility for the indigenous protected areas was transferred to the Ministry of Agriculture.

The Ministry of the Environment is receiving less money this year than ever in the last 21 years.
During this time the budget was never less than 450 million euros, this year it is 260 million.

“It is scary to see that there is a coordinated attack against the climate, the forest, and its people,” said Marcio Astrini, head of the Brazilian environmental organization Observatório do Clima.
The complaint against Bolsonaro was filed by arguably France’s most famous human rights lawyer, William Bourdon.

He hopes to be able to set a precedent: He wants the criminal court to find Bolsonaro guilty of “ecocide”.

And I mean…Since Bolsonaro took office in 2019, the Amazon fires and deforestation rate have increased noticeably.
Environmental authorities have been systematically rebuilt. Employees with technical or environmental policy expertise had to leave, in many protected areas authorities are now understaffed or without management.
Officials have been fired for opposing deforestation.

“We believe the government will continue to use the pandemic to relax environmental guidelines,” said Rita Portela.
She is a biologist and ecology professor at the Federal University of Rio de Janeiro.

A few days ago, the government also presented its plans for 2021. This includes several controversial projects – like legalizing mining projects in indigenous areas.

This catastrophic policy threatened not only species with being lost, more greenhouse gases being produced and indigenous communities being wiped out.
The loss of shelters also harbors another risk: zoonotic infections and thus the risk of new pandemics.

On the other hand, not only the far-right President Jair Bolsonaro should appear before the International Tribunal for killing the world’s green lungs every day, but also the investment giant BlackRock.

The world’s largest investor in deforestation finances companies responsible for the destruction of the Amazon.

Despite all the criticism of right-wing extremist President Jair Bolsonaro, the EU and Mercosur member states, including Brazil, have reached an agreement after more than two decades.
This creates the largest free trade area in the world.

Many criminals, except Bolsonaro, are responsible for the destruction of the Amazon.