WAV Comment – 14/3/21 – There is something grossly wrong with some people on this planet.  Unfortunately, I have to report to you that the ‘Elbeik’ livestock carrying vessel; loaded with 1,776 young bulls; is still in the Mediterranean sea after 3 months.

As we reported in other posts, the ‘Karim Allah’ which carried 895 young bulls, finally returned to Spain (Cartagena) recently and all the animals carried were slaughtered.  This time it is the 1,776 young bulls that are allegedly infected with bluetongue disease. This has not been confirmed, as no medical examination has been made possible to date. While it can be assumed that the authorities have failed, the health of the animals is believed to be very poor due to the extreme exposure.

With what has / is going on with these 2 vessels; there is an urgent need for international political action.  The two ships alone are representative of a sick system that must change; without even taking into account all the other animal carrying, sea going vessels that are crossing the globe at this present time.

The only way to prevent such catastrophes in the future is a clear ban on the transport of ALL live animals by ship; and we mean all; everywhere, period; not for a few months, but a permanent ban. 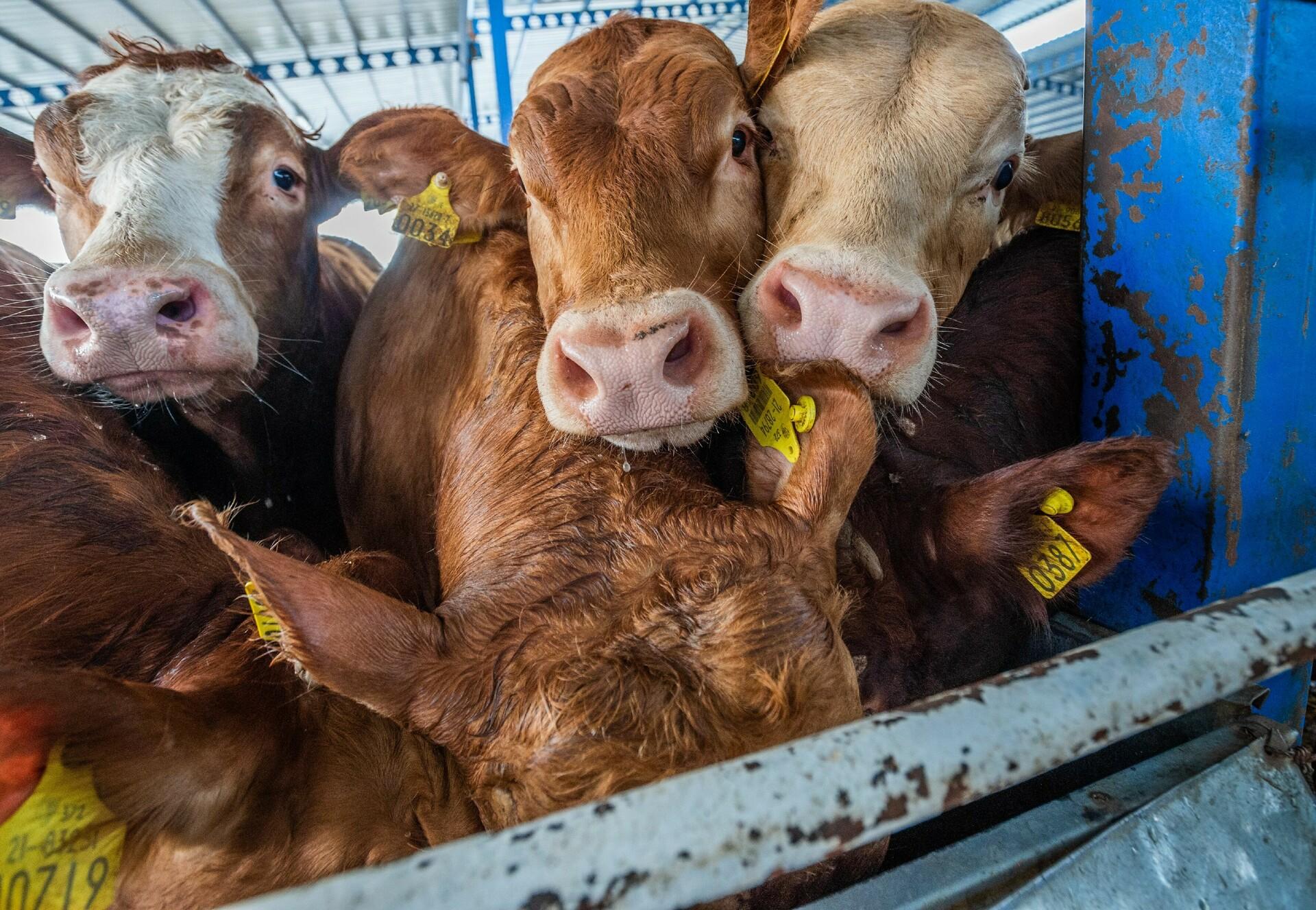 Three months have passed, during which the 1,776 young bulls on board the ‘Elbeik’ suffered not only from a shortage of water and food, but also from poor ventilation below deck. The vessel, which sails under the Togolese flag, disembarked in the Catalan city of Tarragona in mid-December last year (2020) and was on its way to Libya.

Upon arrival at the port of destination, the local authorities refused to unload the live cargo. The local authorities feared that animals infected with bluetongue were on board, as they came from a region in Spain where there had allegedly been an outbreak of this notifiable disease, Bluetongue, which is spread via insect bites, but is not transmissible to humans.

EU law states that live animals that have already been exported may no longer be re-imported into the EU. However, the fact that the animals have never set a hoof on soil in a third country is disregarded.

As we have always stated on this site, we have no time for the officials at the EU; in our opinion, they are useless at best.  We now put our voice behind the massive international welfare group call for a complete and utter ban on the transport of animals by sea; and a ban on all long distance international transport for animals that are currently transported by road.

We will try to post further updates on this tragic situation when we have more;