the best nights are those with the Wolf concert.

regards and have a good night, Venus

In Flanders, eleven of the 16 fur manufacturers want to close earlier, and the only producer of foie gras in Flanders is also going out of business.

From the end of 2023, such establishments will be banned in Flanders.

Those who close earlier receive a bonus. A special commission will determine the value of the company and the premium will be calculated on this basis.

In order for the businesses to close as early as possible, the premium will decrease over time.
“Fur-farming is still profitable, but animal welfare comes first,” says the Flemish Minister for Animal Welfare, Ben Weyts (N-VA).

Fur farming has been banned in Wallonia since 2015, but at that time there were no longer any farms.

Foie gras can still be produced in Wallonia.

And I mean… From a legal point of view, fur animals are either not protected at all or completely inadequately, and this applies worldwide.

In 1999 the Council of Europe adopted a “Recommendation” on fur animals on farms.

However, this was completely inadequate, as cage management remains permissible in a confined space.

Wire mesh floors live, the animals spend their entire lives in narrow mesh cages living on wire mesh floors, without a sheltered place to sleep, without opportunities to retreat from their own species, without opportunities to move around, and without variety.
In many EU countries, there are no further regulations for fur farms, and in order to continue to earn money with animal cruelty, the mink breeders even ignore the minimal requirements of the legal situation.

While the fur farms in Europe are gradually becoming fewer, the Chinese fur farmers benefit from the non-falling demand and therefore the low supply of European farms is lucrative for them.

Since their biggest competitor Denmark is currently “paralyzed”, prices and products on the Chinese market are rising.

The Chinese government banned the trade in wild animals at the beginning of the corona pandemic, but by reclassifying mink, fox, and raccoon from wild animals to “special farm animals” in April, these animals can still be traded and killed for the fur industry.

In September 2020, France announced a mink farm ban with a five-year transition period.

Strictly speaking, the commercial breeding and killing of fur animals are not prohibited in Germany.
However, from 2022 onwards, the minimum requirements for keeping animals have been tightened to such an extent that keeping fur animals is no longer economically viable. 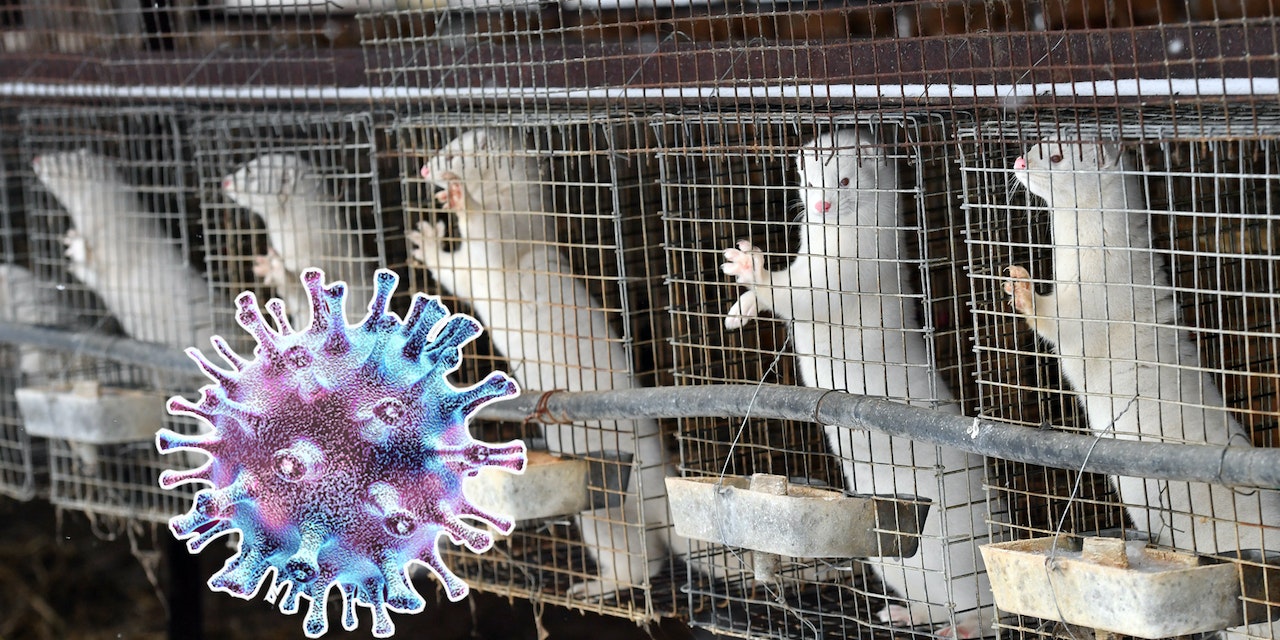 One can only hope that the economic losses in the fur industry caused by Corona will turn things around.

Easter investigation together with Members of the European Parliament: Inspection of lamb transports – YouTube

Easter investigation together with Members of the European Parliament: Inspection of lamb transports

“Well, if you tell me that these are still rather good conditions, then I don’t want to know what the bad conditions look like,” says Tilly Metz, MEP for the Greens. With her parliamentary colleagues Caroline Roose and Thomas Waitz, she and our in Easter investigation together with Members of the European Parliament:

The transport of lambs for Easter continues this year, three trucks from Poland and Romania identified in illegal conditions, stopped by the police and sanctioned

New images collected by the investigators of Animal Welfare Foundation (AWF) and the Zoophile Guards of ENPA, and released in collaboration with Animal Equality, show once again the transport of live animals drama, in particular for lambs on the holidays occasion.

In the last few days, close to the Easter period, AWF and ENPA, in collaboration with Animal Equality, have followed three trucks coming from Poland and Romania carrying thousands of lambs between two to four months old.

Three Members of the European Parliament joined the investigations: Tilly Metz, Caroline Roose and Thomas Waitz, also members of the Parliamentary Committee of Inquiry on the Protection of Animals during Transport (ANIT), went to Italy to verify the real problems these animals face during transport.

One of the trucks coming from Poland was stopped by the police and the driver was fined over 1,300 € for poor transport conditions, while another driver admitted that he did not provide the animals with water for the all duration of the trip.

All three trucks traveled over distances up to 1,700 km, reaching almost 30 hours of travel in terrible conditions, without providing adequate care for the animals.

The trucks were directed to the ILCO slaughterhouse in Acquapendente, Palo del Colle, and to the town of Badia Tedalda, in the province of Arezzo, Tuscany.

Every year in Italy more than 2 million lambs are slaughtered, of which 300,000 during the Easter period. To date, most of them are imported on the routes of Eastern Europe, thus involving a journey full of suffering for these young animals in inadequate transporters, built for other species. Very often unweaned animals are loaded.

“This is not the first time we denounce a similar situation, quite the contrary. We have been monitoring this travel route for several years now: it entails enormous suffering for the lambs”, the associations declare.

“As recommended by scientific bodies and researchers, these animals should not be transported for welfare and health reasons. Additionally, the fact that neither sanctions nor NGOs’ official complaints to the relevant Member States and to the European Commission have led to significant improvements, shows that there is a general problem with the implementation and enforcement of Regulation (EC) No 1/2005. We hope the upcoming revision of this Regulation will put an end to these transports”, they conclude.

The Animal Welfare Foundation e.V. is an independent, non-profit, and internationally active animal welfare organisation. With our own investigation teams and animal welfare projects, we are committed to improving the lives of so-called farm animals.

Animal Equality is an international organisation working with society, governments, and companies to end cruelty to farmed animals. Our teams in the United States, Germany, Italy, Spain, the United Kingdom, Mexico, Brazil, and India consist of highly qualified professionals with years of experience in undercover investigations, corporate campaigns, legal advocacy, and the development of large-scale education programs. Using these values to launch innovative projects and strategic campaigns, we work to expose and abolish the cruel practices of the animal agriculture industry.

This little lamb was born in Yorkshire, England; and has what appears to be its own Covid facemask.

It is a species of sheep who naturally have odd black markings, but this is really appropriate considering the current situation.

EU plan for the massive feeding of animals to animals!
The EU intends to radically soften the rules on feeding animal protein to livestock.

The main goal is to create a new kind of animal exploitation.
Insects are intended to replace soybeans and to be produced industrially for factory farming of pigs and chickens. Here, of course, it is pointed out again that insects would feel less or different pain.

This derogatory argument is also known from fish and marine invertebrates.
The goal is maximum exploitation with minimal consideration for living beings that we barely understand and whose sensory perceptions we have absolutely no idea.

The factory farming groups are already looking forward to it.
Can they sell themselves as sustainable at the expense of countless living beings?

The motto remains the same: They are different, they are alien to us, so they may be killed en masse just to slaughter more animals for a senseless and cruel industry.

Values ​​EU: One does not break this fatal and deadly cycle if one exploits and kills a further trillion animals.
Here you can write your opinion to the EU.

Make it factual, otherwise, they won’t take it seriously.

About this initiative- Summary

Since the enforcement of a total feed ban, in 2001, the epidemiological situation regarding BSE has considerably improved in the EU with no classical BSE case since 2016 and 24 Member States having a negligible BSE-risk status.

In addition, the Farm-to-Fork strategy aims at making better use of the protein and other feed material produced in Europe. With a view to addressing this dual context, the proposal mainly allows the use of insect protein and non-ruminant protein in poultry and pig feed.
The Commission would like to hear your views.

This draft act is open for feedback for 4 weeks. Feedback will be taken into account for finalizing this initiative.

Feedback received will be published on this site and therefore must adhere to the feedback rules.

What will “insect breeding” ultimately feed on?

Instead of really tackling the global problem of CO2 emissions at the root, abolishing factory farming, and creating a different awareness of life, the EU Commission continues to abuse and use animals for consumption and even add another species.

Ergo: even more CO2 emissions … because such mass production systems will certainly not be environmentally friendly and CO2 neutral …

Once more we can see how much power meat producers wield over the EU.