All life deserves respect, dignity, and compassion. All life.

These animals are not voluntary sacrifices. The sacrifice of their life is forced from them by force.

All of these animals feel and think. They feel fear and pain, joy and hope, lead a conscious life, and want to grow old with their feelings and thoughts.
Therefore they have a natural right to their life, to protection, to freedom.

The power of the fittest, but not morality, enables their death.
Murder is murder.

Don’t take part in this murder.
You can do a lot for the animals if you don’t eat them.

Conservationists across Europe are shocked by the Italian government’s plan to allow 7.5 million specimens of the endangered turtledove to be shot down this autumn.

The European Commission estimates that there are only between 2.9 and 5.6 million breeding pairs in the EU.

The shooting was decided at a meeting of the government with representatives of the regions, whose representatives, under pressure from the influential hunting lobby – above all the European hunting association FACE – almost without exception voted against a four-year closed season proposed by Rome.

Now each of the 500,000 Italian hunters should be allowed to kill up to 15 lovebirds in the coming hunting season!!

The Committee Against Bird Murder and its Italian partners are fighting against the hunting clearance and have received unexpected help: The anti-mafia hero Sergio De Caprio, legendary in Italy, who became famous as a police officer in 1993 after the arrest of mafia boss Totò Riina, also sits down in his Region of Calabria against the shooting plans.

And I mean…The fauna and flora of Italy are extremely rich.
94,771 different animal species live on the boot south of the Alpine chain.

But Italy is also the country where, so say the animal welfare organizations, eagles and otters are still being shot, where a good thirteen regions abuse legal loopholes to permit the hunt for nationally protected species or to extend the hunting season.
Where the regional legislation in the matter of hunting is sometimes in stark contrast to the laws of the EU.

Where hundreds of volunteer game rangers try in vain to stop poaching, which is now threatening at least ten protected species with extinction.

Where you can shoot ducks from concrete bunkers.

Where every year thousands upon thousands of migratory birds are killed with the help of decoys and illegal electromagnetic decoys. 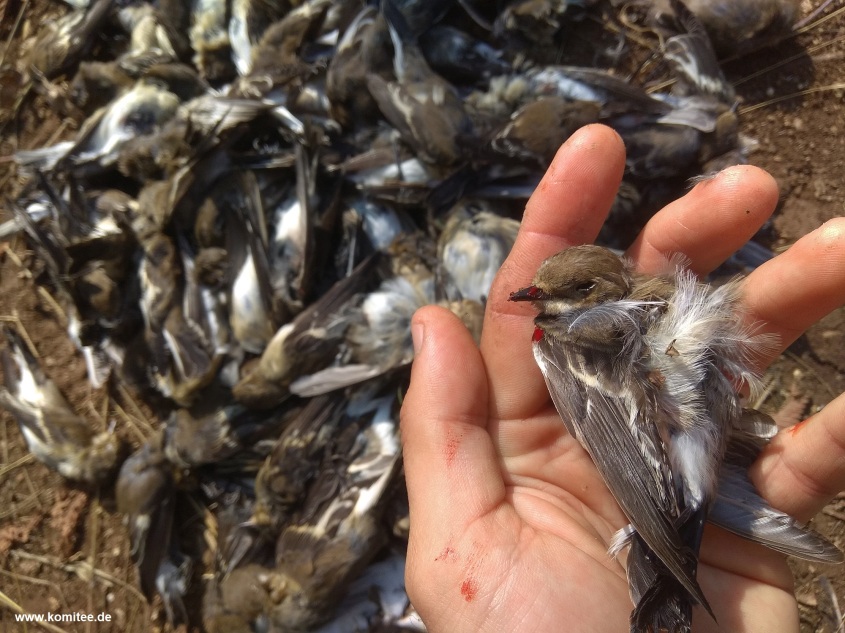 In hardly any other country in the EU is the overlap between licensed hunters and criminal poachers as great as in Italy. Almost three-quarters of all convicted poachers have a hunting license.

The turtle dove is classified by the International Union for the Conservation of Nature (IUCN) as a globally endangered species, the population of which in Europe has declined by around 40% in the last 16 years.

In some countries and regions, the loss is more than 90%, here the species is on the verge of disappearing.

The shooting of lovebirds is a sadist passion that has nothing to do with sustainable hunting but is rapidly accelerating the extinction of this species in Europe.
Nevertheless, the Italian hunting association and its European umbrella organization have pulled out all the stops to prevent the moratorium proposed by the government in Rome.

The EU bird protection directive gives the member states the possibility to release protected bird species for catching or shooting if it is a “tradition”, only “small amounts” are concerned, if there is “no other satisfactory solution” and if there is sufficient control the requirements are ensured.

The 7.5 million turtledoves are certainly a small amount, so the EU doesn’t have to worry about them !!!

Like us at WAV, Ethical Farming Ireland is into live animal transport – live exports; in a big way.

Below at the end of this post is a link to their site, which features many interesting articles for you to have a look at, and see the reality of very young calves being exported live from Ireland – something we have been personally very involved with in the past.

Check out all our investigation work at  About Us. | Serbian Animals Voice (SAV) – scroll down until you see the young calf pictures (as above); and you can read one of the investigation reports we produced (one of five) and which were presented to the EU in report form.

Here is the direct link to the aforementioned report if you wish to avoid visiting SAV; although we suggest a look as the site also covers many other campaign actions from the past:

Microsoft Word – JH.04.03.2010_REPORT on NON-COMPLIANCE with RESTING TIMES in relation to CONTROL POST at F-HEAUVILLE.doc (wordpress.com)

Here below is the EFI link:

Thanks as always to Stacey at ‘Our Compass’ – Indigo | Our Compass (our-compass.org)

“US Rejected”: Imagine having your entire life defined by how you will be used in death: the control, fear, and violence these gentle creatures experience at the hands of “humanity” is nothing short of depraved and an absolute, scathing indictment of human apathy disguised as normalized “humane” violence. SL

One day after his best actor Academy Award win last year, Joaquin Phoenix joined Los Angeles Animal Save to help rescue a mother and baby cow from an L.A. slaughterhouse. He named them “Liberty” and “Indigo” after his beloved sister and nephew.

Today, L.A. Animal Save released a short documentary by Earthlings filmmaker Shaun Monson – INDIGO – in which Phoenix speaks frankly about the rescue, and visits the cows at their new sanctuary home in an emotional reunion. “We spend one day each year paying homage to our planet, Earth Day, but the other 364 days, we consume with impunity,” Phoenix said. “It’s undeniable the detrimental impact that animal agriculture has on the environment.

This simple act of rescuing Liberty and Indigo…in some ways, it’s just as simple as sparing the lives of these creatures. But it’s also an acknowledgment of not only the destruction they feel at our hands but the environment as a whole. By our actions, we either have the choice to continue to destroy other beings and the environment, or we begin the process of reversing the damage that we’ve done.”

The film premiered online today (April 22) and is available above or at https://youtu.be/eJ9iQLfeGBk

A Q&A with the filmmakers aired following the premiere can be viewed at https://youtu.be/rd7xpy_8UMc

Fish alternatives can be found HERE

You can see a Coot feeding her babies;

And also some Egyptian Geese.

Keep wildlife in the wild ! 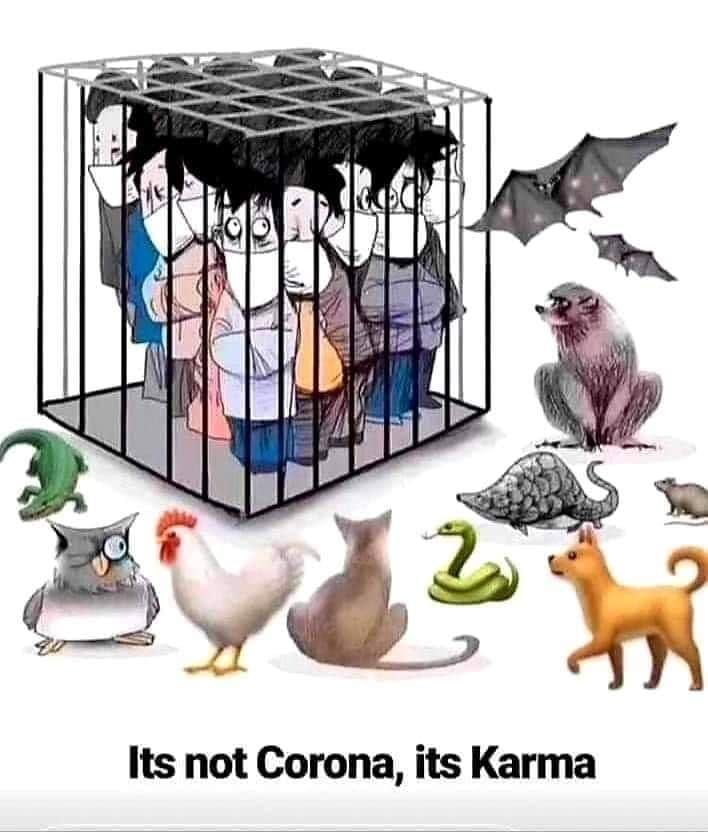 karma has hereby expressed itself clearly but it has not gotten better, rather the opposite.
Meat consumption is increasing
Apparently, a large part of humanity doesn’t even use its natural brain for its own good …

Have a nice day, Venus