After the corona-related cancellation of Europe’s largest hunting fair “Jagd & Hund” (“Hunting & Dog”), the organizers want to allow numerous providers of trophy hunting trips in Dortmund’s Westphalia Halls again at the beginning of 2022. 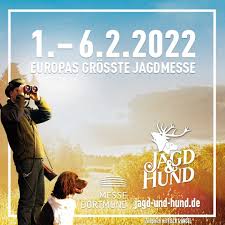 The shooting of rare animal species such as lions, elephants, rhinos and polar bears as part of complete travel packages is now a regular part of the offer for wealthy people from hobby hunters.

Five animal-friendly celebrities in Germany now want to stop the sellout of nature and are turning to Dortmund’s Lord Mayor Thomas Westphal and the parliamentary groups in the city council to ban offers for trophy hunting trips in the city’s exhibition halls.

There are shocking offers at the Dortmund “Jagd und Hund” fair.

“The motivation of the trophy hunters alone – the desire to kill animals that are as rare as possible – as well as the purely economic interests of the providers should lead to such offers being excluded. But even the ‘arguments’ for trophy hunting put forward by the hunting lobby do not stand up to scientific scrutiny. The claim that trophy hunts are beneficial to the protection of species are completely absurd ”, it says in the letter of the celebrities.

As early as 2020, PETA and other organizations turned to Dortmund politicians.
But the CDU (Christian Democratic Party) and SPD (Social Democratic Party) do not want to ban offers for trophy hunting trips in the exhibition halls.

At the “Hunting & Dog” fair, over 150 exhibitors offer trophy hunting trips abroad every year.
The hunt for endangered and protected species is advertised at the exhibition stands via price lists, special offers, hunting videos and photos of killed animals.
The city of Dortmund, as the sole shareholder of the Westphalia Halls, would have the decision-making authority to implement the demand for a ban on hunting trips.

Germany is the world’s third largest importer of hunting trophies of internationally protected species: In 2020 alone, “trophies” of 543 rare animals were imported, including body parts of elephants, lions, rhinos, polar bears and monkeys.

Because trophy hunting cannot be justified under animal and species protection law, some countries have already issued import bans: France was the first EU country to stop the import of lion trophies in 2015.
In 2016, the Netherlands issued an import ban on trophies for all protected animal species.
Tour operators and hunting tourists claim that trophy hunting is a contribution to species protection – this is absurd and does not stand up to scientific examination.

And I mean...Every year in Dortmund: The “Hunting and Dog” fair in the Westfallen Hallen Dortmund!
Terrible what you can book here!

Travel is offered here. However, these are not beach holidays to relax – but safaris in Africa, where you can kill animals in the wild. With the so-called trophy trips, the customer pays extra to be able to shoot animals.

On offer: antelopes, giraffes and zebras, even lions and leopards. The price depends on size and rarity.
The hunting price for a giraffe is 1950 euros, while killing a male lion costs 19,500 euros.
The more threatened an animal, the higher the price.

In Africa, for example, there are only fewer than 20,000 lions left, the populations have almost halved in the last 20 years – nevertheless hundreds of lions are killed by hunters every year.

In South Africa it is still allowed to breed lions and other animals, to raise them by hand and to have the adult animals shot down in fenced enclosures by trophy hunters (so-called “canned hunting”)
A hunting license is usually not required for the trips offered, it is said.

It is alarming that Germany, together with Spain, is the largest importer of hunting trophies of threatened species after the USA, even though the majority of the population rejects trophy hunting for threatened species.

Germany: the colonial times are over, finally stop supporting this killer tourism