He’s looking for guidance on how to do it. We have some ideas

President Biden has been getting an earful lately from a few influential people worried about the fate of wolves, and he’s seeking guidance on what to do to protect them.

Appearing this week on Brave Wilderness, a popular children’s YouTube program that focuses on connecting its young audience to the great outdoors, President Biden talked about concerns he’s hearing from his grandchildren.

“One of the things I’m getting from my grandkids — some of them are really little — they’re calling me and saying ‘Pop, they’re going to kill all the wolves! Why’s that happening, Pop?’” President Biden said.

He appeared on the YouTube show alongside Dr. Anthony Fauci to encourage Americans to get vaccinated for Covid-19, which will allow more freedom and safety while traveling this summer, particularly to America’s treasured national parks. But halfway through the conversation, President Biden brought up his grandchildren’s concern for wolves.

This is heartening given the dire circumstances wolves face today. The Trump administration in its last days in power removed federal endangered species protections from wolves across the country. Shortly thereafter, hunters in Wisconsin killed over 200 wolves in less than three days. The hunt involved deeply inhumane and unsporting tactics, including the use of bait and snares and dogs to flush the exhausted wolves into firing lines. Earthjustice is in court challenging the Trump administration’s unlawful and unscientific decision.

Elsewhere, Idaho and Montana have adopted extreme policies to allow hunts that would kill up to 90% of the wolf populations in those states. This would negate decades of success recovering the species in the Northern Rockies potentially tipping wolves’ trajectory back toward extinction. The hunts are expected to begin this summer.

During the YouTube conversation, host Coyote Peterson mentioned one of his favorite video projects was with the Colorado Wolf Center, to educate kids about the plight of wolves and how sorely they need federal protections. He said he was encouraged to hear the president cares about wolves.

“I’m in! I’m in!” President Biden responded. “Let me know the places you think, I mean this sincerely now… are the most at-risk natural resources out there. I have my views and I’m working on them, and have someone [Administrator Deb Haaland] at the Department of Interior who really cares about it. You oughta talk to me about it.”

This call for input on how to save the wolves is welcome, and we have some ideas. Ultimately, getting Endangered Species Act protections back for wolves is the most important thing we can do. The president is reviewing the decision to delist wolves now and he has the power to undo it.

We also urge federal agencies to adopt stronger policies to protect wolves on public lands in places like Idaho and Montana which — due to Congressional carve outs — are excluded from federal protections unless the populations go into freefall.

We are heartened the president cares about the wolves and recognizes that our children and grandchildren deserve to inherit a world where wolves remain in the wild, and not just as dusty relics in a museum.

Now that is worth howling about !

A video says more than 1,000 words: At our bird protection camps in April and May, we caught 49 poachers, secured 545 traps and 67 nets and rescued more than 200 birds!

Our video from the spring deployment in Cyprus shows what is behind the sober numbers: (to see the video, please click on the picture)

And I mean…Cyprus is the “problem child” of bird protection in Europe.
In gardens, bushes and acacia trees specially planted for poaching, countless bird trappers set up liming rods to catch the resting songbirds. 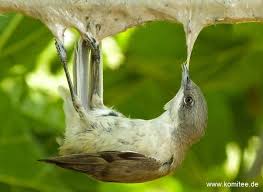 Thrushes and warblers are particularly numerous, but also cuckoos, owls and other protected species.
The captured animals end up in the saucepan and not infrequently in restaurants, where they are offered at high prices as delicacies.

Bird trapping has long been forbidden – the relevant laws were tightened once more when the country joined the EU.

But the poachers seem above the law. 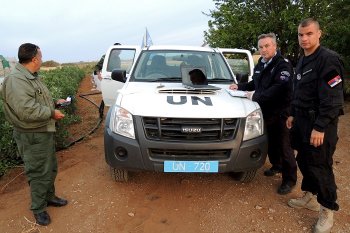 On the other hand, the authorities and the police are not completely inactive, but there is usually a lack of staff and the right will to take action against poaching.
For this reason, the teams are often left on their own.

When the committee team found the position of a very active poacher in Famagusta in 2012 and collected the liming rods, the poacher attacked the activists with a club!!

In autumn 2020, when the team filmed him setting up the liming rods, the poacher was fined € 200!

The bird catchers known to the team – around 1,200 people – usually have no financial worries.
Bird trapping is a hobby that promises to be a real gain.
It has nothing to do with poverty.

The glittering world of the circuses disguises the inadequate animal husbandry conditions and the violence and coercion shaped dressage.

Wild animals do not belong in the circus and it is finally time for a wild animal ban in circuses!

And I mean … a ban on the use of all animals in the circus business would be even better.
It is fundamentally impossible to keep wild animals in circuses in a species-appropriate manner and therefore cruelty to animals.

Numerous countries have got it and have already issued strict bans or restrictions on wild animals in circuses.

For example, Peru, a poor country is among them.
Germany, the richest country in Europe, is not among them.

Some countries around the world also prohibit the keeping of all circus animals – not only wild animals such as tigers, lions, giraffes or elephants, but also domesticated species such as horses or dogs, which are also often used in animal training in the circus. 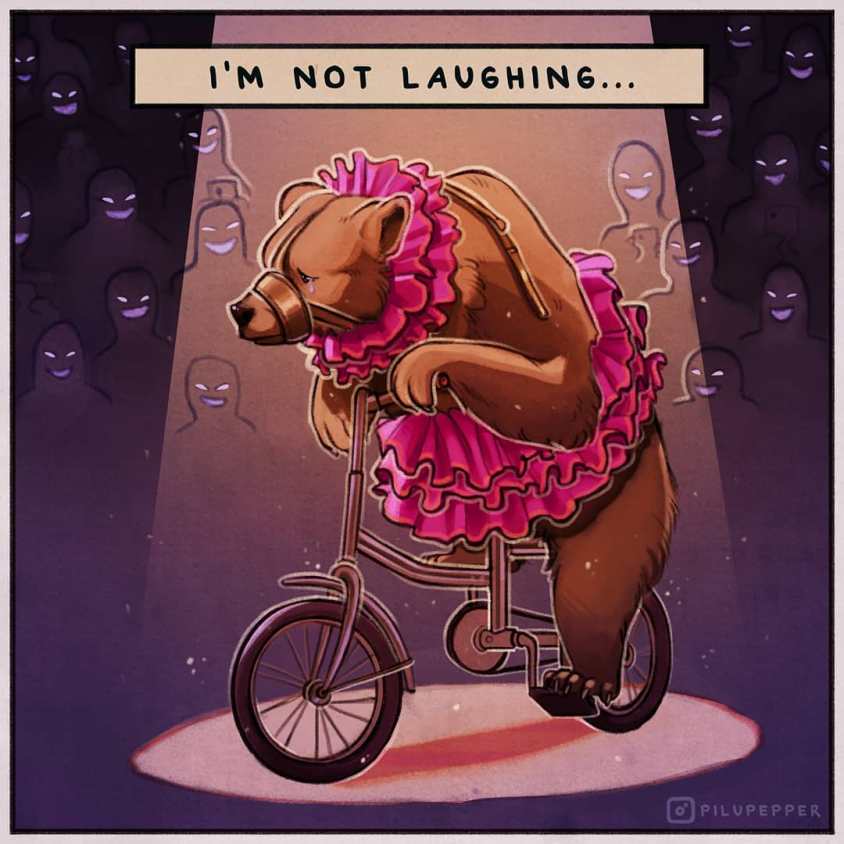 This is a 3 page article – please click on page numbers at the end of post to select page – thank you.

As someone who researches the dairy industry regularly, I have observed over the last few years a distressing surge in pro-dairy messaging from an increasingly visible and vocal sector of animal agriculture: female dairy farmers, many of whom are also mothers. It is painful and disturbing, to say the least, to read these mothers righteously defending the reproductive subjugation of other mothers, and the destruction of other mothering relationships for profit. But I believe this growing trend is no coincidence; rather, in a climate of increased criticism of dairy farming practices, it represents a strategic industry shift to put more female faces on dairy farming, and to reframe this mother-exploiting industry as a maternal, nurturing one.

Fortunately, I am also frequently privy to comments and messages from mothers relating how the process of becoming a mother led them to see the dairy industry for what it truly is: an assault on motherhood and bodily sovereignty. The poignant insights these mothers relate articulate a uniquely powerful perspective that I believe deserves a larger audience. For this reason, I founded Mothers Against Dairy , a year-round campaign devoted to showcasing the stories of vegan mothers for whom motherhood influenced their decision to reject dairy and go vegan, as well as reflections from mothers who were already vegan before becoming a parent, but whose mothering relationship deeply reinforced for them the injustice of dairy farming.

In the nearly two years that have passed since first posting a call for statements, I have received hundreds of inspiring reflections from vegan mothers around the world. New stories are shared each month on our Facebook and Instagram accounts, which have a combined following of more than 30,000 readers. Submissions to be featured at Mothers Against Dairy are accepted on an ongoing basis and can be uploaded to our website or emailed to info@milkhurts.org.  To keep up with new statements and other news about the campaign, follow our Facebook, Instagram, and our new Twitter account, and sign up at our website to be notified each time a new story is published.

Below are 10 heartfelt reflections that first launched the Mothers Against Dairy campaign on Mother’s Day of 2016.

WAV Comment – we are not publishing all the experiences here – please click on the link given to view them all.

Mothers Against Dairy: Why Moms Worldwide Are Saying NO (freefromharm.org)