Mauritius presents itself to the world as a Paradise Island, yet hides a brutal secret.

Dogs are caught in nets, flung into a van with other terrified dogs and taken to the Pound. Covert filming over the years has shown dogs crammed together, left for days to fight for scraps of food, and most shockingly attacking and eating their kennel mates. 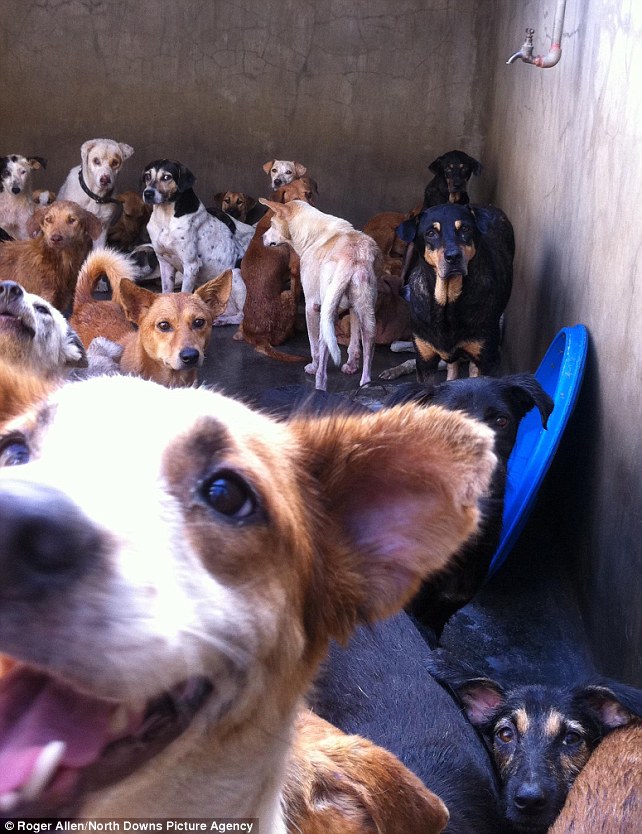 Squalid: A dog jumps up looking for its owner. He is on death row at the dog pound in Port Louis, Mauritius. Eighty per cent of the dogs caught and killed are pet dogs not strays

Without anaesthetic, dogs are brutally killed by lethal injection into the heart – it is such a hit and miss affair, that some die immediately, whilst many others pitifully stagger about bewildered, fall over and try to get up again.

Such painful torment is unimaginable!!

Despite calls for tourist boycotts by some groups and offers of help to change the situation by others, the Mauritian Government shows no remorse or any willingness to change its inhumane ‘Catch & Kill’ policy.

In spite of recent comments made by Minister Gobin which have been cautiously welcomed, due to our previous experiences with the Government, the Soi Dog Foundation will be continuing with the Petition until we see signs of actual changes for dogs in Mauritius. Therefore, we continue to seek and very much need your support. We call on citizens from all nations of the world to sign this letter and make it clear to this uncaring Government ‘NO MORE – STOP THE ABUSE AND CRUELTY’!! 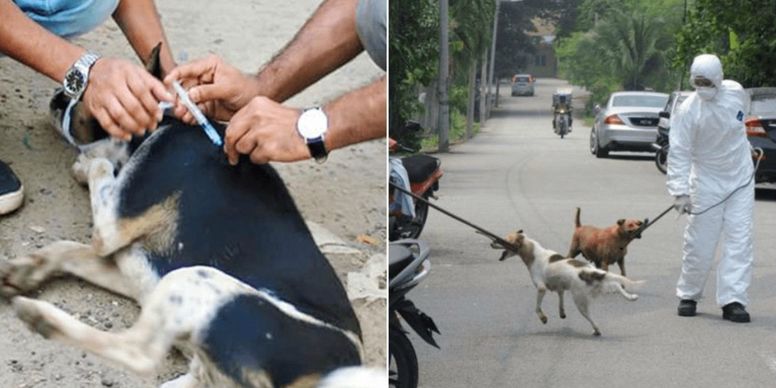 Please sign this letter calling on the Prime Minister of Mauritius to end the outdated, indiscriminate, ineffective and inhumane dog control policy known as ‘Catch and Kill’.

Your signature today can help save thousands of dogs from suffering and a cruel death.

And I mean…As soon as you find the holiday destination Mauritius in the travel catalog, it sounds like a romantic honeymoon, snow-white palm beaches, cocktails at sunset.

The island is a tourist magnet, especially for European tourists. In 2018 alone, 1.3 million tourists came to the island, including 132,000 Germans. The dogs are a nuisance for the tourists and therefore they want to get rid of them.

More than 20,000 pet and stray dogs are killed annually in a brutal way, terrorism against dogs is commonplace in Mauritius.

Some of the animals are strays but many more — up to 80 per cent — are much-loved pets that have been snatched from their doorsteps, with collars and security tags clearly marking their addresses.

They are captured as part of a ‘clean-up’ campaign, despite pleas from animal welfare organisations across the world.

Kitted out in jaunty red caps and wielding giant fishing nets, MSAW dog-catchers snatch animals wherever they see them — sleeping on street corners, lingering in alleys or lazing on their own doorsteps.

The following tactic is particularly cruel: The state dog catchers disguise themselves as animal rights activists.
In Mauritius, the government itself finances some animal shelters to kill street dogs.

The innocent dogs are taken to a supposed refuge in Port Louis, the capital of Mauritius, where they are later killed, a man is in charge of keeping them against the ground, while another gives them the lethal injection, the dogs agonize and after a while they die while the others try to escape. The death of these dogs is slow and painful.

The worst part is that people don’t wait for the dog to be dead and bury it alive. In other words, not only do they take away their right to life, they also inflict great agony on them.

Each worker earns a bonus as a prize for each vilely murdered dog.

This material is a real disgrace to the Mauritius government, which has not done anything about it since the undercover investigation scandal five years ago.

The Mauritian government claims it is a humane way to control the island’s stray dog population!!
To call this brutal and uncivilized way of dealing with strays humane is evidence of cynicism – genocide is not humanitarian aid either.
Anyone with a trace of humanity will find this material insufferable. It is chilling to watch the cruel indifference of dog killers to their victims.

Mauritius is touted as an island paradise for international tourists, but it is a true hell on earth for dogs.