The organization “Doctors Against Animal Experiments” in a report on the vote of the EP against animal experiments was delighted and calls this news (caution: no decision) a historic step. 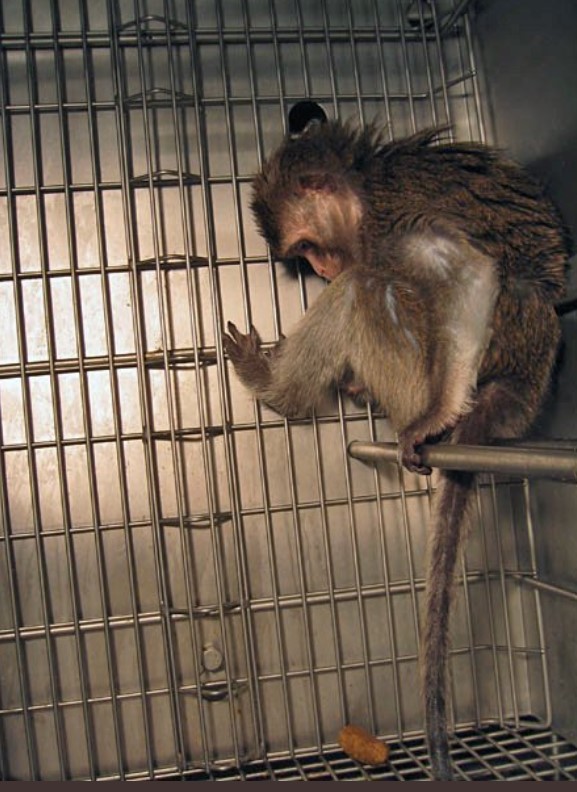 “The European Parliament voted on September 15, 2021 for a comprehensive plan to phase out animal testing
The EU Parliament (EP) has passed a resolution calling on the EU Commission to present an action plan to get out of animal testing.

The resolution was passed by an overwhelming majority of 667 votes, 4 against and 16 abstentions.
The nationwide association “Doctors Against Animal Experiments” is delighted “

Responsibility for the action plan should not lie in the hands of a few, but a high-level task force should be set up, which brings together various Directorates-General of the Commission and EU agencies as well as involving the Member States and relevant stakeholders.
Targeted promotion of animal-free methods and training on these are also part of the requirement.

While the EP recognizes that the EU is striving to reduce and “refine” animal testing, an active, coordinated approach to reducing and ultimately eliminating animal testing has so far been totally lacking. With the request, the EP wants to actively promote the withdrawal from animal experiments.

The umbrella organizations Eurogroup for Animals and European Coalition to End Animal Experiments, of which Doctors Against Animal Experiments is a member, as well as Cruelty Free Europe, Humane Society International and PETA, which together unite over 100 member associations in Europe, have campaigned for the resolution and are calling for it now from the EU Commission to give it the highest priority.

The majority of EU citizens want to get out of animal testing.
This is also shown by the current European citizens’ initiative “Save Cruelty Free Cosmetics – For a Europe without animal testing”, which has already collected over 120,000 signatures within just three weeks.

Please everyone (only EU citizens) who have not done it yet, sign: https://eci.ec.europa.eu/019/public/#/screen/home

“The vote in the EU Parliament is a historic moment for the anti-animal experimentation movement,” said Dr. med. vet. Corina Gericke, Vice-Chairwoman of Doctors Against Animal Experiments.

“The call from European citizens to phase out animal experiments and move on to research that is relevant to humans was heard. In addition to protecting animals, new advanced research systems are, above all, essential to achieve the Union’s environmental and human health objectives. With today’s vote in Parliament, we are making progress on all three fronts, ” concluded Gericke.

Almost ten million animals are “consumed” in animal experiments in EU laboratories every year – monkeys, dogs, cats, rabbits, rats, mice and animals of many other species.

In addition, there are around 12 million animals that are killed as “excess”, mostly because they do not have the desired genetic modification. This enormously high number has hardly changed in the last ten years.

Petition (only for EU citizens) https://europa.eu/citizens-initiative/initiatives/details/2021/000006_e

And I mean…one thing must be clear: the EU Commissioners are not elected by EU citizens. Each of the 27 Member countries proposes its representative and, depending on the case, it is accepted.

The members of the EU Parliament are elected, but unfortunately have no executive power. Only the EU Commission has that, according to the statutes.

It can then decide on a proposal from Parliament whether it wants to comply with the request or not. The only thing the Commission is obliged to do is to justify its decision in any case.

We remember…The Danish EU parliamentarian Dan Jørgensen initiated the 8hours campaign and collected well over 1.1 million signatures by the beginning of 2012 to limit the transport times of farm animals to a maximum of 8 hours.

When the list of signatures was presented by the representatives of European animal welfare organizations and EU parliamentarians on June 7, 2012, Dalli (the then European Commissioner for Health and consumer protection) promised for 2014 a new EU bill for the protection of animals on transport.

The member states have shown themselves to be unable and unwilling to push through this campaign, and the EU Commission, with its executive power, had the right to decide again what the lobbyists of the animal transport industry wanted.

This makes one thing clear: in the Monster EU, decisions are not made democratically, and when it comes to animals, those who were not democratically elected decide their fate. 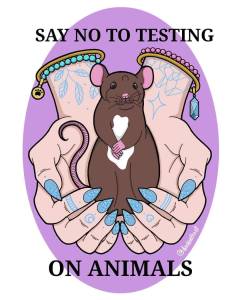 We are also happy about the resolution of the EU parliamentarians to abolish animal experiments.
And we remain optimistic that by August 2022 the petition will not only have over 1 million votes (which would force the EU Commission to a legal act) but also act as a strong means of exerting pressure against lax decisions by lax commissioners

From the experience of the past, however, we should have already learned that positive results unfortunately cannot come only from good-willed people, but rather from fighting and working against those who do not respect the will and the voice of these people, although they are obliged to do so according to democratic rules.

One thought on “We fight against animal testing”