⚠️ Did you know that greyhound racing is still practiced in Spain?
📹 We have managed to infiltrate a team in several races to show how alive one of the practices that causes thousands of abandonments and deaths of greyhounds every year follows.

Dogs are forced to undergo tough training and are treated as mere tools to win competitions and bets. When they are not in their best physical condition, they are abandoned or killed in horrible ways.

In many places, hunting and racing dogs are considered work tools, so many companion animal welfare regulations do not apply to them.

The dogs used in hunting are the forgotten victims of this terrible activity.

They spend their days confined in cheniles and small cages, starving and cold, with almost no contact except when the hunters collect them. And once they are old and useless for the activity, they are abandoned or killed.

Greyhound racing is very popular in Spain, especially in Andalusia. Dogs are forced to run to exhaustion, maintaining tough training and treated as mere tools to win competitions and bets. When greyhounds are no longer in peak physical condition, they are killed in horrible ways.

There is no single registry to obtain abandonment data and thus be able to have official figures on the situation of greyhounds, hounds and other dogs used in hunting and racing.

Only through a total census in Spain can these animals be controlled and protected, as well as prosecute the irresponsibility of those who are in their charge.

We are working to achieve a state animal welfare framework law that ensures maximum protection for these animals and the modification of the animal protection laws of each Autonomous Community, as well as toughen penalties for abandonment and abuse.

We are working so that the “rehalas” (groups of between 16 to 40 hunting dogs) are no longer considered objects of “cultural interest”, eliminating all public subsidies intended to promote this practice. 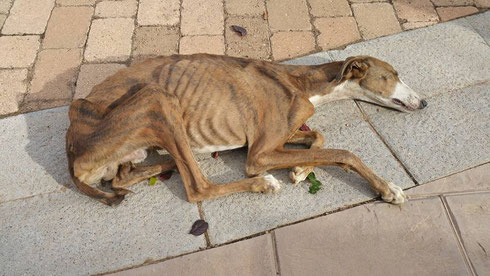 We work to prosecute the mistreatment and abandonment of these animals so that no case goes unpunished before the law.

We are working to ban the training of greyhounds tied to motor vehicles.

The Spanish greyhound is a breed used both for hunting and for racing in different regions of Spain, especially in Andalusia, Castilla La Mancha and Castilla y León.

Only in Seville, it is estimated that 5,000 abandonments occur annually, and some estimate that in Spain about 50,000 greyhounds and other hunting dogs are abandoned.

The need to nip the problem at its roots is imperative, changing the laws that (un) protect greyhounds and dogs used for hunting in general.

✍️ Sign NOW to help us demand equal protection for all animals, because none should ever be considered a mere work or competition tool

And I mean...For centuries the greyhound was used as a hunting companion for the nobility. He belonged to the elite among the dog breeds, was considered a status symbol and was, accordingly, well looked after.

However, this once so valued and cherished breed was degraded at the beginning of the 20th century, through its use in modern dog races, to pure sports equipment, to a commodity “greyhound”.
From that point on, greyhound breeders, dog track operators, dog owners and trainers exploited them mercilessly.

They are bred for one purpose only: to win races.
Because greyhound races bring big money.

Most problematic in Spain is the large number of unofficial competitions organized privately by the Galgueros.
Galgueros, the breeders of this breed, use the animals in Spain for hare hunting and greyhound races.

A really good galgo that takes part in competitions can be worth up to 30,000 euros, so galgos are often stolen.
Some breeders therefore keep their valuable specimens in bunkers.

A lot of money is involved here – as well as the reputation of the breeders.

Because of the Galgos, around 1 billion euros are turned over annually and 27,000 jobs are directly related to them, the entire hunter community moves 3 billion euros annually.
And wherever there is a lot of money, an animal is always degraded to a commodity.

Galgos are a disposable product for most growers these days.
Tens of thousands of them are cruelly killed in Spain every year.
Even a champion hardly stays with his owner for more than four years, and the animals can reach an age of 15 years.

Those who are not fast enough for the races are mercilessly and often painfully killed: shot, drowned or abandoned with broken limbs in the woods, or end up in a rescue station, a so-called perrera, which are considered killing stations. 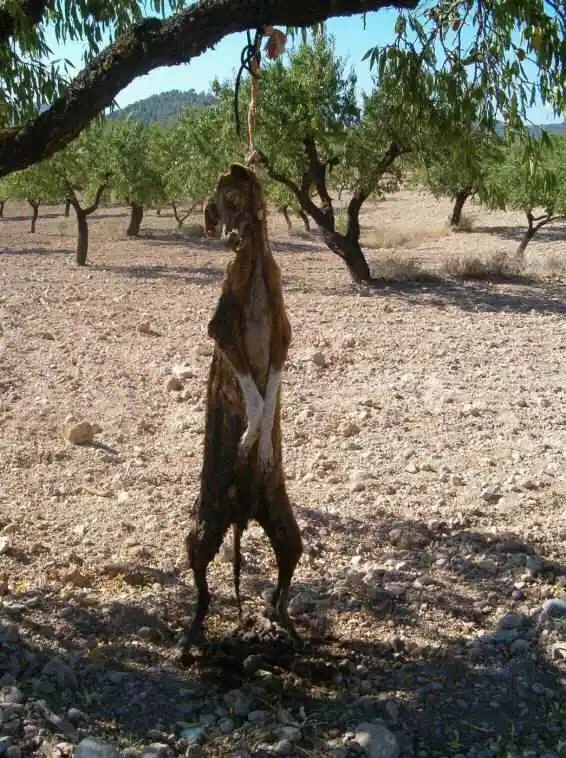 Thanks to the efforts of animal rights activists, at least one particularly cruel tradition could be banned: death by “playing the piano”.

Animals that “disgraced” their breeder were hung from a tree just high enough for their toes to touch the ground.
In the agony of death, the dogs tapped their paws up and down in panic, which is vaguely reminiscent of playing the piano.
This method is now prohibited by law.

Spain is the only EU country where hunting with galgos is still allowed.
How long does the European Community want to watch this barbarism inactive?

One thought on “Greyhound racing in Spain”