A prominent huntsman from Dorset has been ordered to pay Â£3,500 for giving advice to countrymen about how to covertly carry out illegal fox hunts.

The senior fox hunter Mark Hankinson has been found guilty of encouraging and assisting people to evade the ban on fox hunting.

Recordings of Mark Hankinson, a director of the Master of Foxhounds Association, speaking to around 100 senior hunters in two private webinars in August 2020 were leaked online.

We have reported about it:

The prosecution argued he was giving advice on how to avoid the law. Speaking to 103 hunt-masters on the call, he explained how “to create a smokescreen” to enable them “to portray to the people watching that you’re going about legitimate business”

The defence said he was advising what to do if saboteurs disrupt legal hunts (!!!)

At Westminster court Deputy Chief Magistrate Tan Ikram said “I am sure that the defendant through his words was giving advice on how to illegally hunt with dogs.”

“In my judgement he was clearly encouraging the mirage of trail laying to act as cover for illegal hunting,” he added. 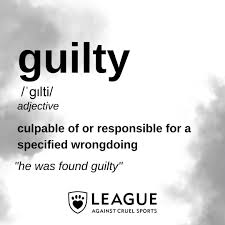 The Masters of Foxhounds Association said it was considering an appeal of the verdict.

“We will be setting up a review which will be conducted to ensure that hunts are in a position to offer reassurances to all landowners and other stakeholders that hunts are operating within the law,” said Chairman of the Masters of Foxhounds Association Andrew Osborne.

The videos of Mark Hankinson, from Sherborne, Dorset came to light when they were leaked to anti-hunting groups and then posted online.

Fox hunting was made illegal in the Hunting Act 2004.
Many organisations instead turned to trail hunting which involves laying a scent for hounds to chase instead of a live animal.

What happened in the trial?

The trial at Westminster Magistrates Court took place over three days in September. Clips of the video recordings were played in court.

The case rested on the context of the advice Mark Hankinson gave in the webinars.

In the recordings he told participants “if you’ve got saboteurs out with you in any shape or form we need to have clear, visible, plausible trail laying being done throughout the day.”

“It’s a lot easier to create a smokescreen if you’ve got more than one trail layer operating.”

Hankinson told the court that when he said “smokescreen” he was giving advice on laying dummy trails to confuse potential saboteurs and allow legitimate hunting to continue.

During the trail Hankinson’s barrister Richard Lissack QC asked him what message he sought to send.
Hankinson replied that the law “must be adhered to, there’s no question of it.”

Mr Lissack QC argued in his closing submission that Mr Hankinson had carried out his role “strictly, properly and unapologetically.”

Prosecuting barrister Gregory Gordon said in his closing submission that Hankinson was offering advice on how to hunt illegally “behind a smoke screen of trail hunting”.

On Friday Deputy Chief Magistrate Tan Ikram concluded: “Mr Hankinson’s advice that trail laying needed to be “plausible” was only necessary if it was a “sham and a fiction””

“It wasn’t just bad language as he suggested, there was a clear and common thread throughout the two separate webinars.”

“A specific aggravating factor was that you were speaking to large number of people. Your words potentially had an impact throughout the whole country.”

Following the police investigation into Hankinson, a number of organisations withdrew their permission to allow hunts to cross their land. That included the National Trust, Forestry England, the Lake District National Park and Natural Resources Wales.

The court verdict is likely to lead to a review of this position. A motion to permanently ban trail hunting on National Trust land will be debated this month.

According to the Countryside Alliance, approximately 40,000 people are regularly involved in hunting each year, including those who follow mounted on horseback and those who follow on foot or in a car.

Between 2010 and 2020 there were 384 successful prosecutions under the Hunting Act reveal Ministry of Justice figures.

And I mean…“Your words may have had an impact across the country “, said Chief Magistrate Tan Ikram to Hankinson
In clear words: now even the last fool knows what dirty excuses and cheap camouflages hunters use to continue killing wild animals illegally.
And that’s not good! Hankinson would lose his job as a result.
Because everyone loves betrayal, but nobody loves the traitor.

2 thoughts on “Mark Hankinson found guilty of telling others how to hunt illegally!”