This is what we call true progress: With the pioneering international approval of a unique test method for chemicals, countless animals are spared great suffering in the test laboratory – because the new method does not require a single animal.

It combines various animal-free tests in a formal, predetermined approach to testing chemicals for their potential to cause allergic skin reactions.
The approach can replace the animal experiments currently used for skin allergy testing.
Because in these cruel experiments, animals are shaved off and a chemical is applied directly to their skin. 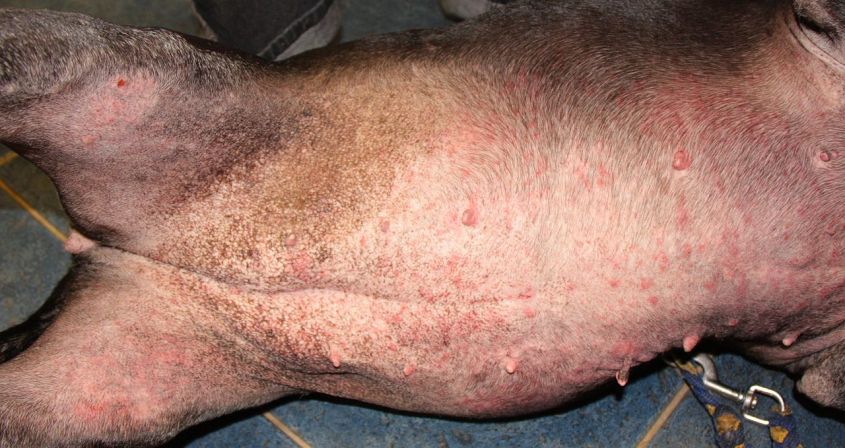 Allergic dermatitis in a dog – how terrible it must be when the whole body is itchy. (Photo: Wikimedia Commons, Kalumet, CC BY 2.0)

Now that the Organization for Economic Co-operation and Development (OECD) has approved the method, they must accept all 38 member states of the Organization for Mandatory Chemical Toxicity Testing.
The EU, USA and Great Britain, among others, are members of the OECD.
That means there is an imminent global move away from animal abuse in skin allergy testing. 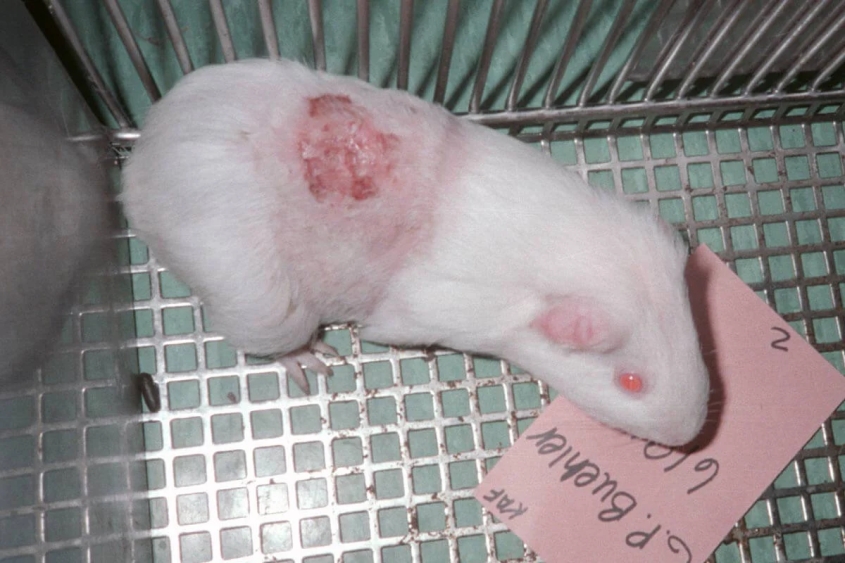 Skin allergy tests lead to various side effects in the animals – for example swelling, blistering and inflammation. After the experiments, the animals are killed and dissected.
In Great Britain alone, hundreds, and in some years even thousands, of animals are abused for skin allergy tests.
Across the EU, there were over 47,000 animals in a single year.

But the new approach doesn’t just replace these cruel tests.
A 2018 study also showed that it delivers results that are more easily transferable to humans than previous animal experiments.

A win-win situation for animals and humans!

Sign the Petition for a Europe without animal testing

And I mean…Animal experiments always have faces…
Mainly rodents, especially mice and rats, are used for the excruciating experiments, but rabbits, dogs and cats also have to sacrifice their lives for what we believe to be completely useless and ethically reprehensible tests.

In the skin allergy test, the test substance is injected into the skin of guinea pigs in order to sensitize the immune system to the substance. If repeated contact with the chemical triggers an allergic reaction, painful inflammation and peeling of the skin are the result.

We welcome the decision to use this animal-free test procedure.
These procedures are not only cheaper, they also take medicine much further.
Animal testing only slows medical advancement because of its false results.

More and more advanced testing procedures will become common practice.
The aim of all efforts is to achieve a worldwide ban on animal testing. 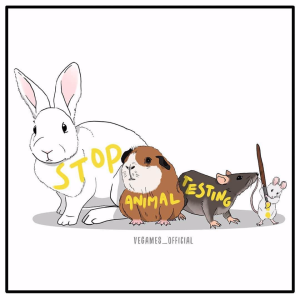 One thing is certain, however: the fate of laboratory animals as a whole will only change through the active and tireless commitment of animal welfare organizations, animal rights activists and supporters.
Together we can completely abolish cruel and useless animal experiments and achieve humane, effective research.