The head of a chicken is usually not part of the offer at KFC.

An English woman still finds one in her meal and is shocked. The fast food company apologizes – and justifies itself.

She certainly hadn’t ordered that: when an English woman reached into her fast food order from KFC at the beginning of December, she pulled out a fried chicken head in horror.
Dinner is a mess.
This literally applies to most KFC orders, but when it comes to this find, the customer actually lost her appetite.

Shortly before Christmas the Twitter handle @TakeawayTrauma shared a screenshot of the woman’s review, along with the repelling picture of the chicken head.

The woman had written in her review, “I found a fried chicken head in my hot wing meal, put me off the rest, ugh.”
The photo of her meal clearly shows the head, beak and eyes of the chicken.

The explorer Gabrielle left her rating on a delivery service.
What stands out: Despite her horror at the chicken head, which “spoiled her lust for the rest of the meal”, Gabrielle even gave the order two out of five stars.
This surprises the Twitter community and quickly reaches those responsible.

The British KFC representative then expressed a detailed apology under the tweet entitled “Probably the kindest two-star rating of all time”. 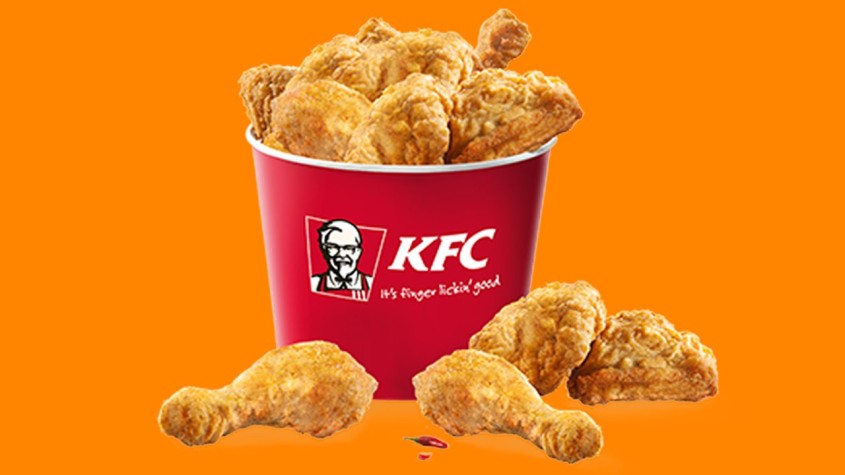 “We are really surprised and shocked by this photo and have this incident investigated immediately.”However, the company does not want to be ashamed:
“To be clear: We serve real chicken – and we are proud of it.” (!!)
Something like this can and will occur in rare cases despite strict controls.

For Gabrielle, the story seems to have a happy ending after all: The company contacted her and offered her one free KFC food – she agreed. While she is certainly hoping for a headless order, according to her own statement, KFC never wants to cause a “takeaway trauma” again and will soon receive top ratings from her loyal customer again.

And I mean… Yes the chicken you eat has a head…. was even alive at some point.

And here the corpse showed his face!

“To be clear: We serve real chicken” –
And what exactly would be a fake?

KFC – we ask for clarification.

General elections are scheduled to be held in Brazil on 2 October 2022 to elect the President, Vice President, and the National Congress. Elections for state Governors and Vice Governors, State Legislative Assemblies, the Federal District Legislative Chamber and the District Council of Fernando de Noronha will be held at the same time.

This article is more than 5 months old

The collapse of the Amazon rainforest is inevitable if Jair Bolsonaro remains president of Brazil, academics and environmental activists have warned amid a fresh government assault on protections for the forest.

Despite evidence that fire, drought and land clearance are pushing the Amazon towards a point of no return, they say the far-right leader is more interested in placating the powerful agribusiness lobby and tapping global markets that reward destructive behaviour.

The onslaught on forest safeguards has picked up pace. On Wednesday the lower house was due to vote on legislation that would reward land grabbers by legalising ownership of property that had been illegally invaded and cleared before 2014.

The previous day, the government shifted responsibility for forest fire satellite monitoring away from the National Institute for Space Research, a scientifically-robust organisation that had carried out the task for decades. Control has been given to the National Institute of Meteorology, which is under the influence of the agriculture ministry and the farming sector.

In the past few months, Congress has also diluted standards for environmental impact assessments and a committee has approved a bill – PL 490 – that has been described as the greatest assault on indigenous rights since the launch of the Brazilian constitution in 1988.

Continue on next page.

From a distance, the beach at Winterton-on-sea in Norfolk looks like the opening scene of Saving Private Ryan, with hundreds of grey bodies lying motionless across the sand. On closer inspection, it becomes clear they are not fallen soldiers but a huge colony of seals taken to the land for pupping season.

It’s an amazing annual sight that draws tourists and nature-lovers from across the country, but another process is taking place that is pushing people back – the growing threat of coastal erosion. Just along from where the armies of grey seals lay with their white pups, there used to stand the Dunes Cafe, a much-loved beach facility with a large and loyal clientele.

A year ago it was demolished to prevent its imminent collapse as a result of land lost to sea and storms. The ground where it stood is, like the cafe itself, no longer there. It’s a story of disappearance taking place all along the eastern coast of England, but particularly in East Anglia, that bulbous protrusion jutting into the North Sea.

That climate change and rising sea levels take their toll on the landscape is an old story, but one with an urgent new twist. “The sea level’s been rising since the last ice age, 20,000 years ago or so,” says Jim Hall, professor of climate and environmental risk at Oxford University’s Environmental Change Institute. “And it’s going faster. We’re probably not seeing its effect very much yet on the coast, though we will in the future.”

In an exclusive new interview, Dame Jane Goodall sat down with Plant Based News’ own Robbie Lockie to discuss her new book. The renowned ethologist – referring to the study of animals in their natural habitat – delved into the food system, animal suffering, and hope.

Goodall penned the new release, called The Book of Hope: A Survival Guide for Trying Times, alongside Douglas Abrams, the internationally bestselling co-author of The Book of Joy. In The Book of Hope, the pair take an intimate look at humankind’s complex relationship with planet Earth. This includes the ways in which humans have wronged the planet, but also, and importantly, the ways in which we can start making amends.