So the Chinese government are basically refusing to take responsibility for contaminating the world just because they are useless at making laws !

If the livestock animals markets where the virus had originated had been controlled with decent, effective animal welfare legislation, then we would not have seen the tragic pictures of rats being skinned on tiled floors; with blood everywhere.

Look at it here:

Now more than ever, the Chinese government needs to step up to the plate and accept responsibility that what has happened now is a direct result of themselves NOT having any national legislation to protect animals in markets and more, such as the original market facility where this all started.

Do we have sympathy for them ? – no; we see this as a payback for the ignorance that the Chinese government has shown regarding lack of animal welfare legislation since time started.

This is not a companion animal issue; yet here we are below supporting a petition which asks people not to throw their cats and dogs and other companion animals out of their ‘home’ windows to their deaths !

Mark has just spoken with Animals Asia regarding the Chinese government and animal welfare legislation; basically saying that if they do not learn from this, what will they ever learn ?

We give our support to Animals Asia with all their work, as we know they are trying to help people with getting food into domestic pets.

It is time for change in China – big animal welfare legislation; and we want it now.

They throw their pets from buildings to fight the Coronavirus 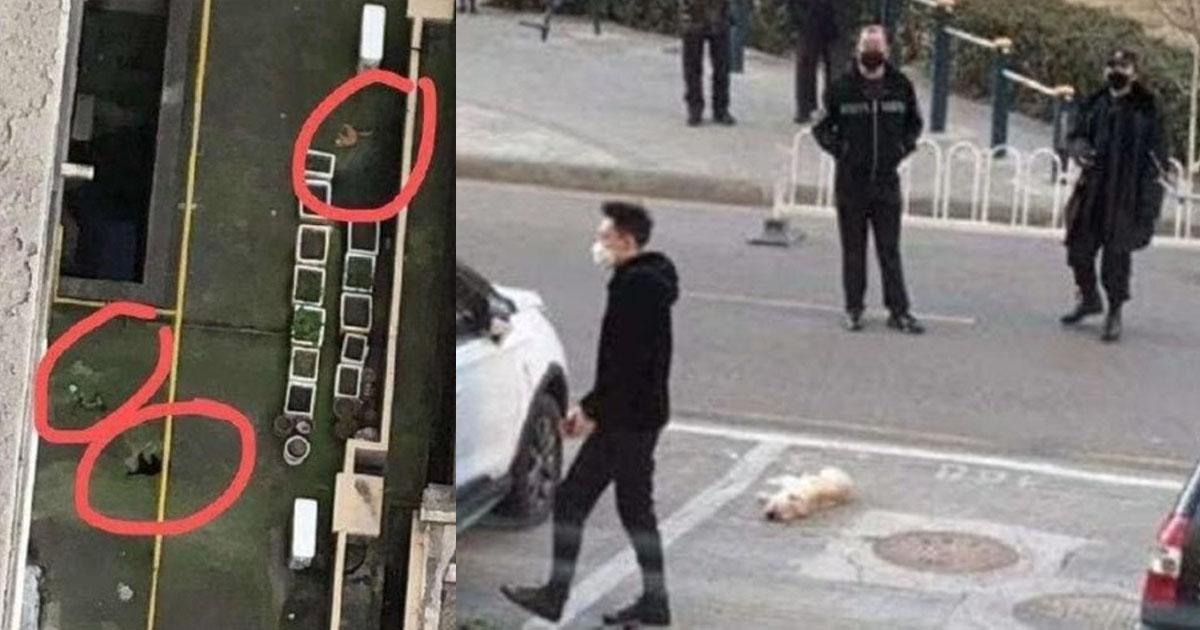 This Chinese government madness has ordered China to its citizens to get rid of their pets before the outbreak of Coronavirus that is killing so many people.

They throw their pets from buildings!

This madness has ordered China to its citizens to get rid of their pets before the outbreak of Coronavirus that is killing so many people. I believe it is a punishment from God for all that they do to animals for hundreds of years.

One thought on “China: Petition – They Throw Their Pets From Buildings !”