Bull was chained to wall his entire life.

This is his touching reaction to freedom

Imagine being chained your entire life, never able to move freely, or run in the fresh, clean air. That was the fate of Bandit, the bull, one of the millions of animals who are locked up and confined to chains and narrow stalls. But for Bandit, life changed for the better. 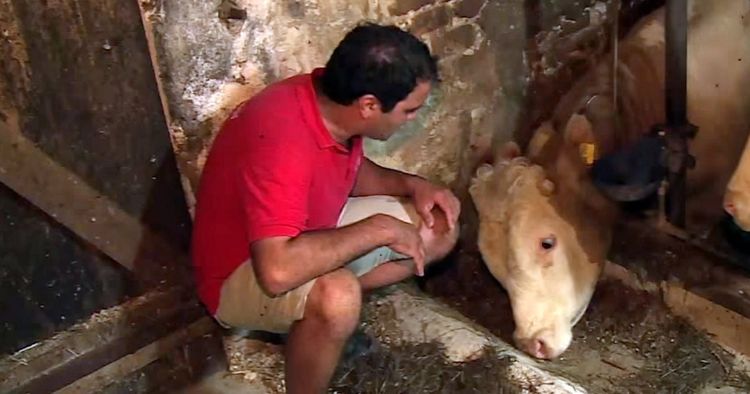 Gut Aiderbichl Sanctuary, an Austrian rescue group, freed Bandit from his bondage. Despite his confines, Bandit shows nothing but pure enjoyment as Christian, his rescuer, scratches his face and head. Then, when he is released from his chain, Bandit seems genuinely surprised to be free.

He moves tentatively at first, as if unable to believe any of this is actually happening. Suddenly, he leaps up and begins to dance around, celebrating his freedom. He jumps around and rolls in the mound of clean hay before him. This large bull thinks he has hit pay dirt, but he has no idea what is coming next!

Bandit is loaded onto a comfortable trailer and taken to the Gut Aiderbichl Sanctuary, home to hundreds of rescued cows, donkeys, horses, geese, and other animals. There, Bandit is given a large pen with fresh straw to stay in, and this gentle giant can’t help but express his happiness and joy! He jumps and bucks and trots through the straw, shaking his chain-free head with exuberance.

Toward the end of the video, Bandit nuzzles against Christian, thanking this young man for giving him a life of freedom. It is an incredibly heartwarming moment, and proof that animals have feelings, too! 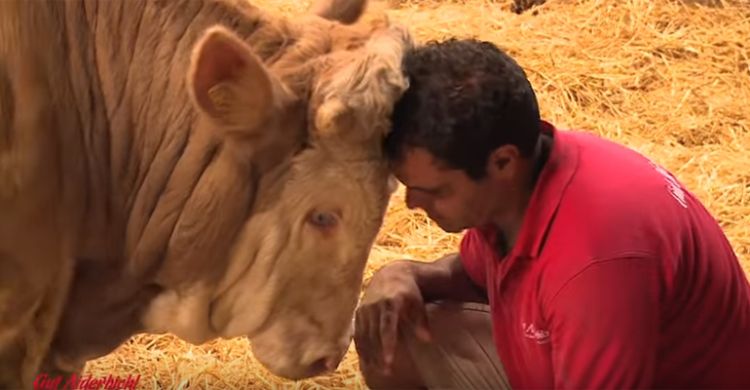 At Gut Aiderbichl Sanctuary, Bandit now lives the life he was meant to live, grazing outside on the green grass and sleeping under the stars. Watch Bandit’s amazing rescue video below. Be sure to share his dance of freedom with your friends and family on Facebook!

One thought on “Austria: This Bull was chained to a wall for his entire life. This is his touching reaction to freedom.”