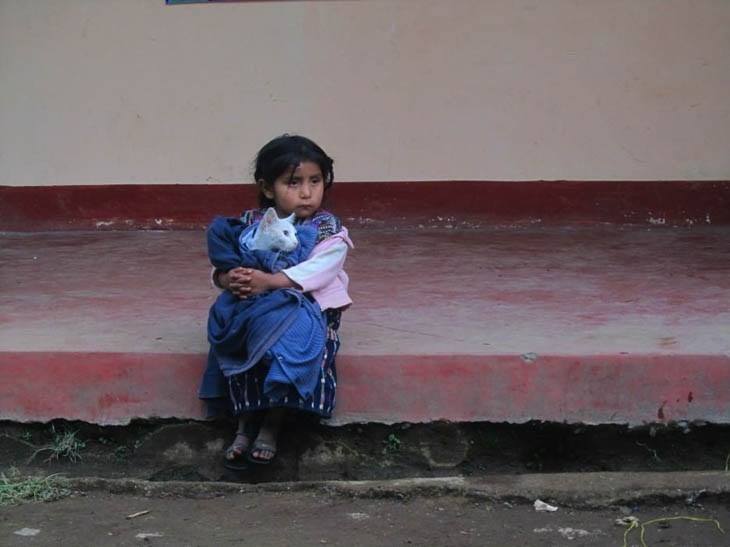 Prevents the capture of monkeys in the Philippines for the animal testing laboratory!

The Philippines has played little role in catching, breeding and exporting monkeys to the animal testing laboratory in recent years.

The authorities now have an application to catch long-tailed macaques from the wild in order to for sale for corona research. This must be prevented! 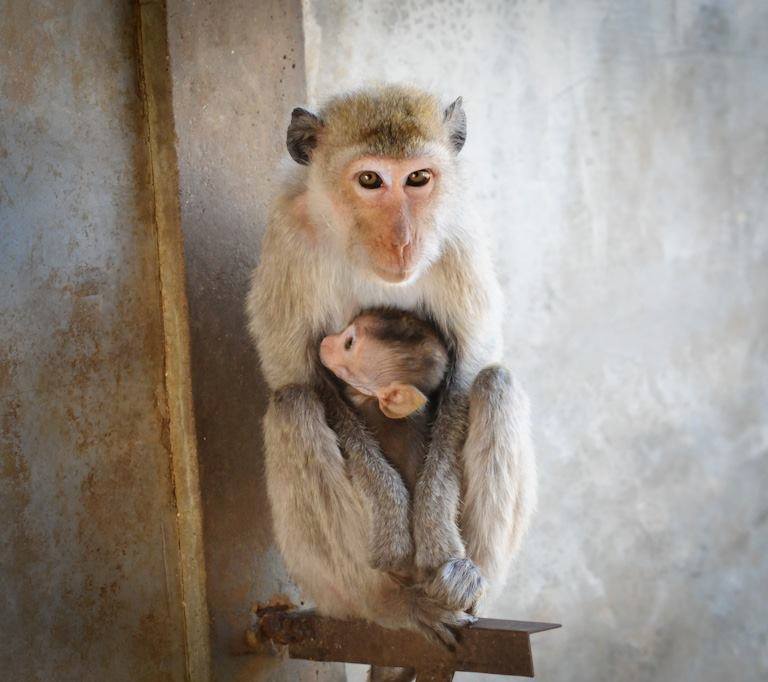 The Department of Environment and Natural Resources (DENR) in the Philippines has received at least one application asking to capture wild long-tailed macaques (Macaca fascicularis spp. philippensis) for research purposes. This could mean a revival in farms breeding and exporting macaques for research, using newly trapped monkeys as a source.

Sign now so that the Philippines government is made aware of the international concern about the capturing of its native wild monkeys for research or any purpose.

Primates are intelligent and social animals and capturing and removing them from their native habitat and family and social groups is cruel and can result in injuries and even death. Several official bodies and organisations recognise the suffering involved in the capturing of wild non-human primates. 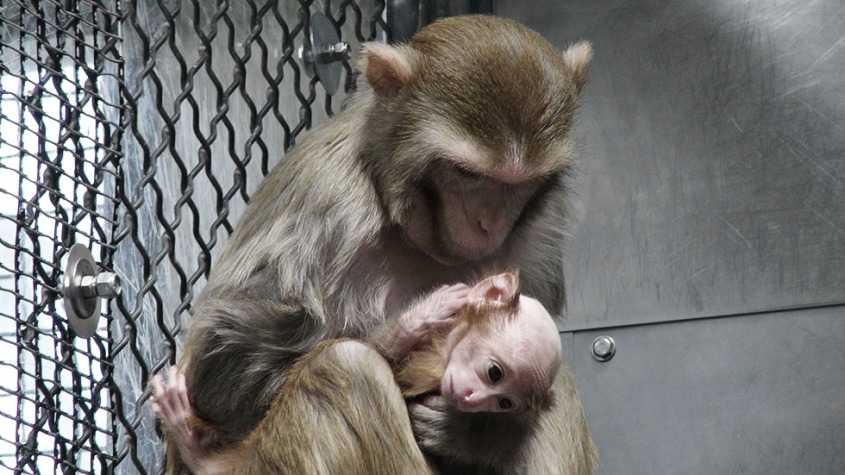 For example, the International Primatological Society:

“the capture of nonhuman primates from the wild is stressful for the animals and increases the suffering, risk of injuries, spread of disease and even death during capture, storage and transport” 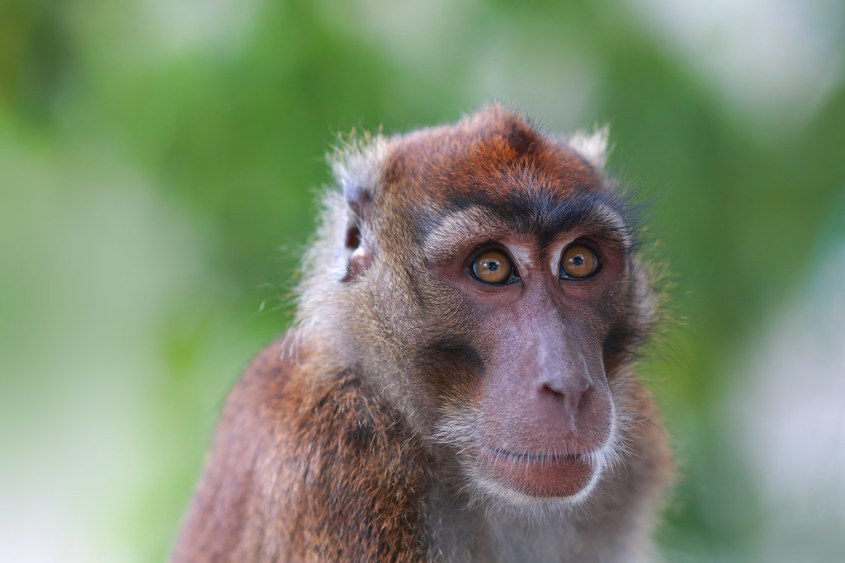 Action For Primates and The Philippine Animal Welfare Society (PAWS) appeal to the DENR to protect wild populations of its indigenous primates, not remove them from their native habitat.

Macaca fascicularis spp. philippensis is listed under Appendix II of CITES (Convention on International Trade in Endangered Species of Wild Fauna and Flora).

The Philippines, as a signatory to CITES, has a responsibility to safeguard the conservation status of the species. Furthermore, according to the most recent assessment by the International Union for Conservation of Nature’s (IUCN) Red List of Threatened Species, Macaca fascicularis spp. philippensis is also listed as ‘Near Threatened’ with a population that is decreasing.

Threats identified for the decline in this species were given as hunting and habitat loss.

The DENR, in considering whether to grant a permit to capture the wild macaques, cites an increase in the monkey population and conflicts with people. Instead, we urge the DENR to adopt a humane approach to deal with any human-macaque conflict (!!!)

There are methods that can be used effectively to resolve conflicts humanely, including reproduction control, relocation and public awareness and education about measures people can adopt to discourage macaques from coming into their communities.

My comment: The human species are becoming more and more and the animal species less and less.
We enslave the animals for our own purposes, we rob their freedom, their habitat and, in the end, their lives, and then we have the audacity to speak of conflict.

If something does not suit human animals, we talk about conflict and deliberately confuse effect with the cause of the conflict.

Whole families of Macaca philippensis are now to be torn apart to test for a virus that does not infect animals!!

That’s what the laboratory mafia and its researchers call “science”.
Should we trust these chess heads in our health?
A macaca alone has the intelligence that all laboratory researchers would bring together.

Please sign the petition, we may be able to prevent the Philippine government from catching and selling these animals to unscrupulous laboratory traders: 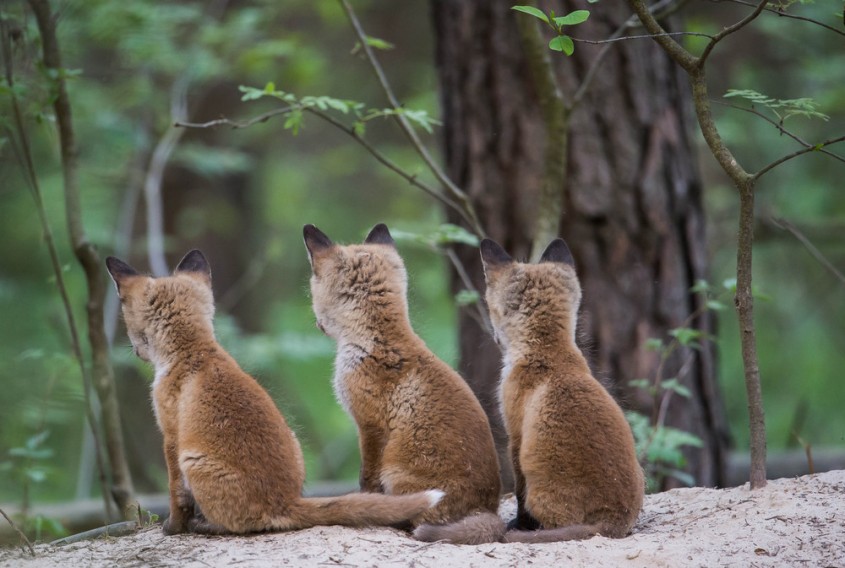 It is not only since Corona that wild animals are spreading in cities. In Wernigerode (a town in the district of Saxony-Anhalt, in central Germany), foxes roam through a residential area and undermine garages.

At dusk the animals become active: Several stray foxes have been causing uncertainty in the city for several weeks. 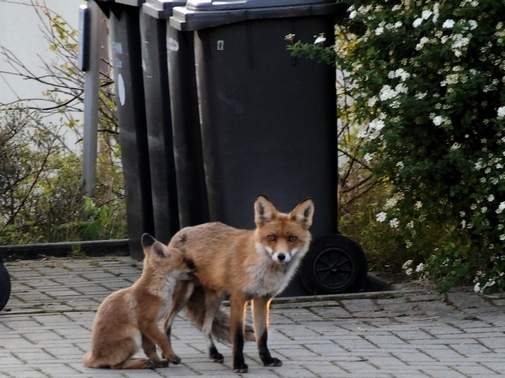 In families, the red fur animals roam between the houses and dig their burrows under garages. The resident himself has filled a hole under his garage for the fourth time in just a few weeks, and has now set up a waste paper bin in front of it – “so that at last there is peace and quiet,” (!!!) he says.

What worries residents in particular: They fear that the adaptable predators could transmit diseases such as rabies (!!!). And that the animals lose their shyness.

“Since the beginning of the Corona crisis – and the associated restrictions on public life and traffic in our district – we have seen it more and more frequently,” he explains.
Calls to veterinarians and other agencies have so far brought nothing.

As the spokesman for the town hall says: “Prevention of predators is the responsibility of the private property owner and can be done relatively easily with the use of frightening agents. I also had contact with a local resident to whom I recommended this measure. The tip was gratefully received and should be implemented. “

Furthermore, the spokesman for the city administration recommends that those affected adjust their behavior: closed compost heaps, for example, are helpful in order to provide the survivors with no food. This also includes not storing leftover food in the garden and avoiding open feeding of pets outdoors. “Sometimes foxes are even fed, that should be avoided!”

According to the Federal Agency for Nature Conservation, the red fox is not subject to any species protection regulations in Germany.

According to the German Wildlife Foundation, these predators are not threatened, “but are among the big winners in our cultural landscape”.
They have spread rapidly in large cities.
In the 1980s and early 1990s, rabies had partially decimated the fox population.

Germany has been rabies-free since 2008, according to the World Organization for Animal Health.

And I mean... Of course, none of the residents wonder why the foxes leave the forest.

We have driven them out and fought since the first day of their lives.
We have not wondered what we would do if others stole our houses, our country, if our children were murdered so that others could build their houses or businesses.

We are the only animals that accept coexistence when we rule and dominate.
The only real plague that I know, is the human plague. 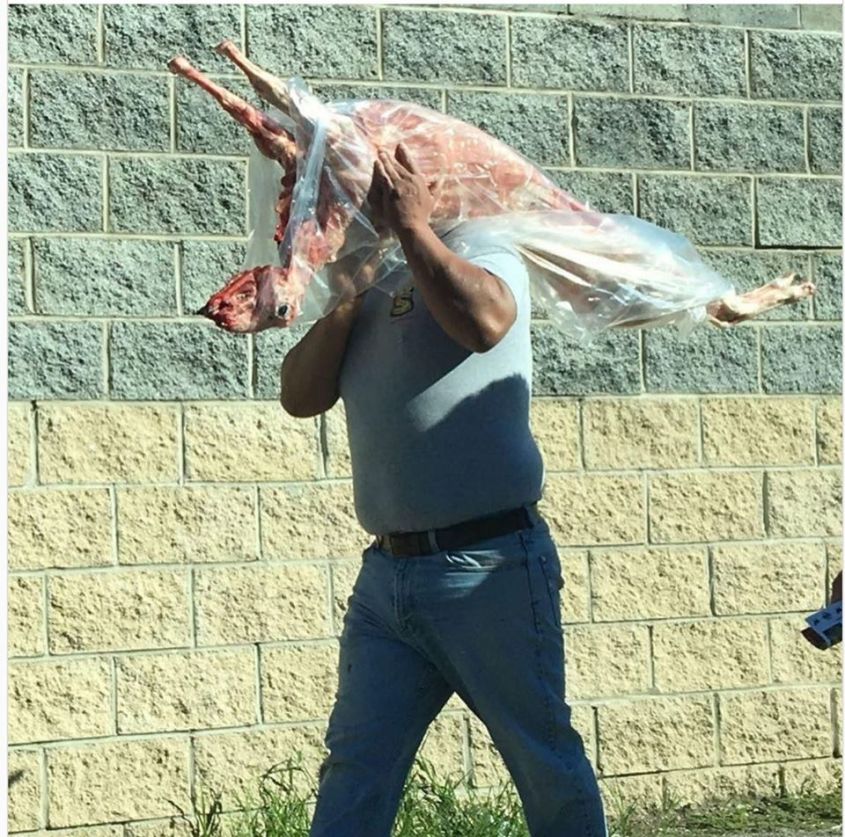 “You know what’s more insane than slaughterhouses? Meat-eaters, walking around, acting like their lifestyle isn’t causing any harm.” – G. Yourofsky.

And I mean…Regardless of whether you consider meat consumption as normal.

That`s why meat konsumption is collaboration with the world dictatorship “meat mafia”.