‘Unprofitable’ chicks at a farm supplying Tesco, Ocado, and McDonald’s were deliberately deprived of water and left to die of dehydration, an undercover investigation has found.

Secret filming also shows how other baby birds deemed too small to be worth raising had their necks crushed or snapped by workers, causing a painful death. 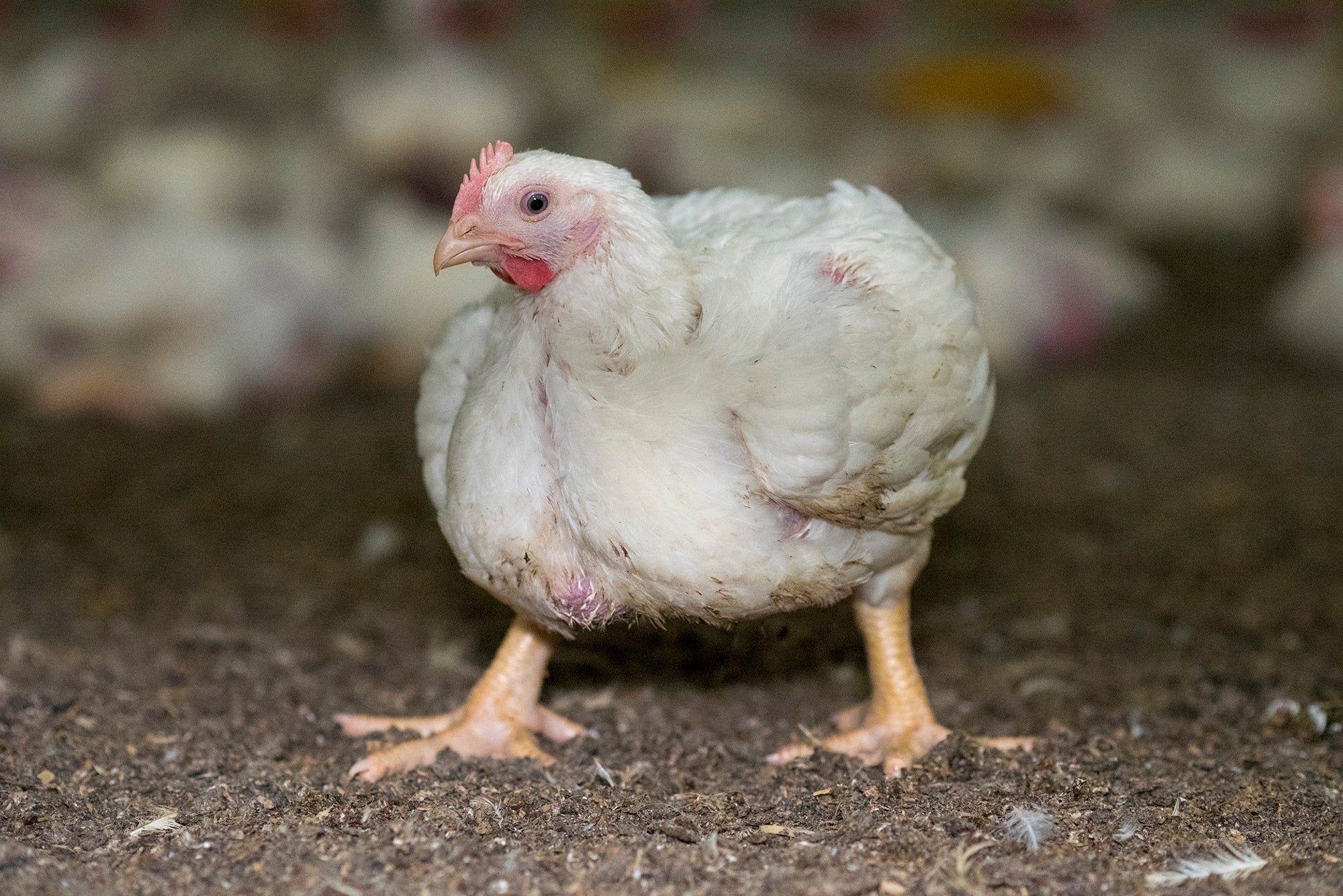 Some were left to die because they were too weak to feed themselves, it was claimed. 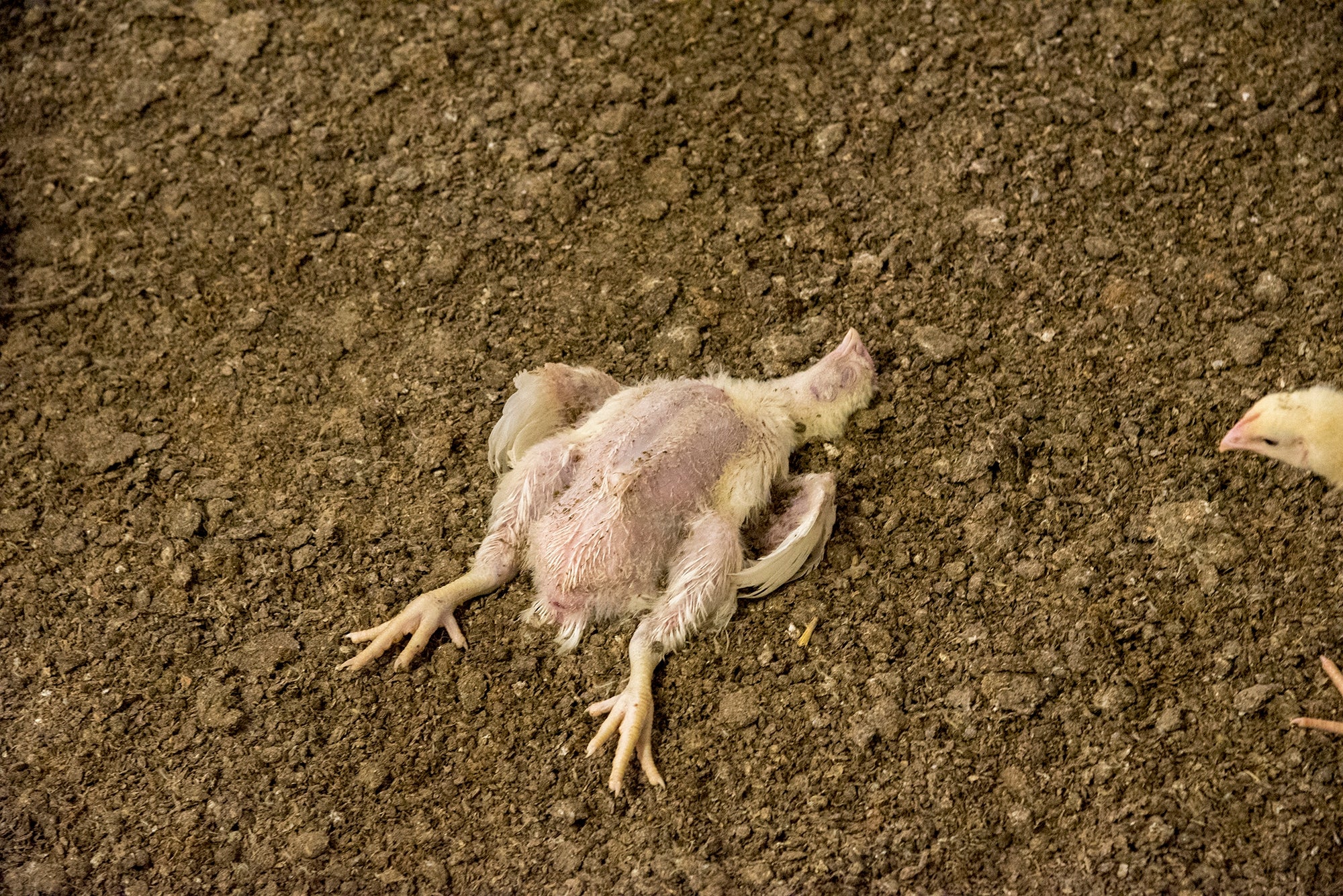 An undercover activist for animal protection organization Animal Equality, who was employed by the company, shot footage showing that at one farmworker raised the height of the drinkers every day for about 40 days so that the smaller chicks – those considered not profitable – were unable to reach them. 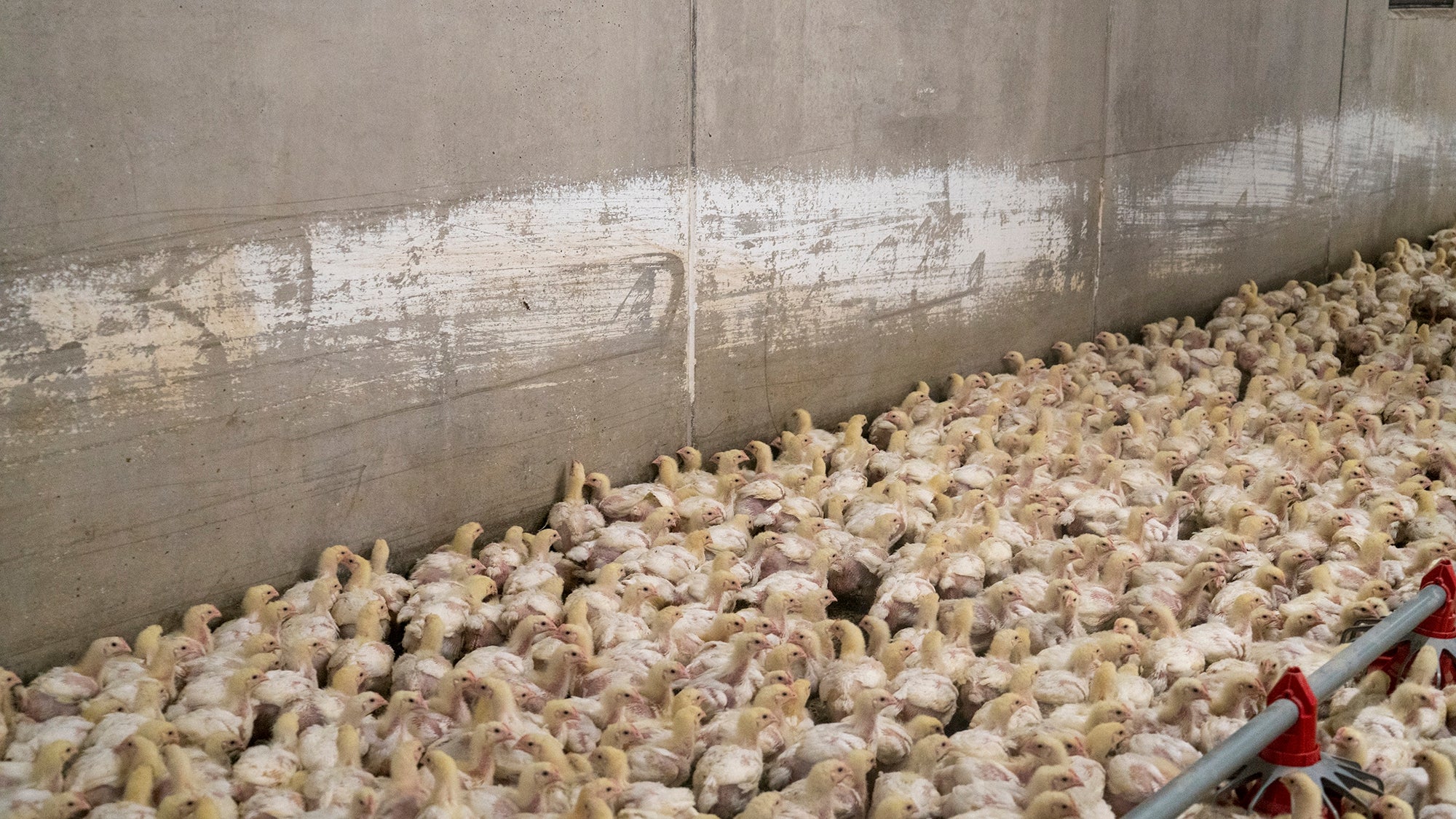 At two farms, workers were filmed crushing chickens’ necks in their hands so the farm did not “waste” food and water on those that would not be profitable. The investigator said that as a result, hundreds were suffering agonizing deaths each day.

One farm manager was reported to have said: “I can look at a day-old chick and say ‘that’s going to make 1.85[kg] at 32 days or it’s not’; if it isn’t, there’s no point feeding it. It’s cheaper to get rid of it and kill it. Because at the end of the day it’s about making money.”

All the farms are certified by Red Tractor, the UK scheme that claims to guarantee high standards of food and animal welfare. And the practices, filmed at farms operated by Moy Park, one of the UK’s biggest chicken processors, flout animal-welfare law and government codes.
Moy Park, which raises and kills more than 312 million birds each year, is the source of nearly a third of all the chicken sold in the UK.

It is one of Europe’s 10 biggest poultry producers, supplying restaurants as well as smaller grocery stores.
The undercover footage, taken at farms in the East Midlands, also suggests: 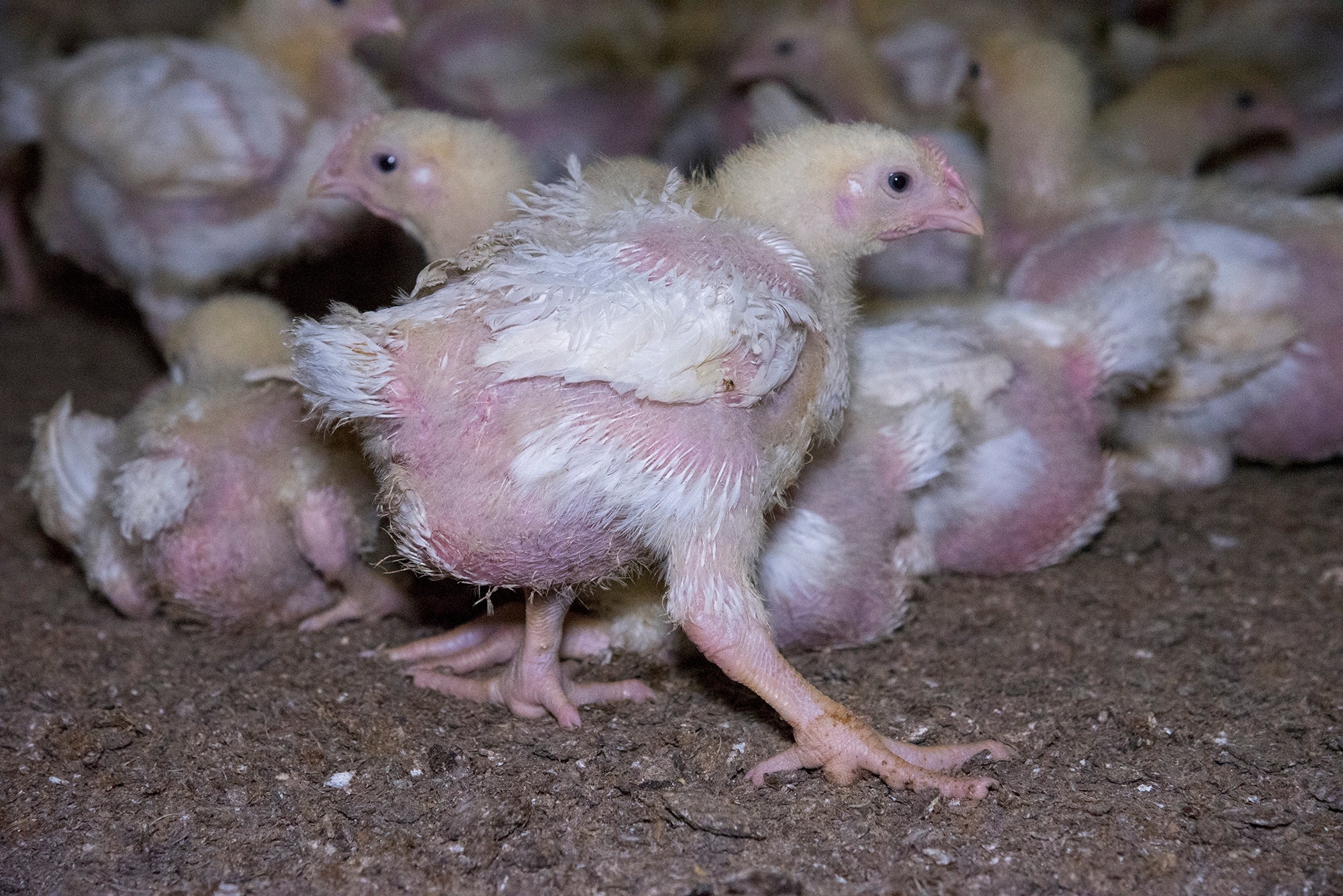 Birds in sheds were filmed gasping for air because “their hearts and lungs struggled to cope with their unnaturally huge bodies”. Some struggled to walk, and others could not stand up.

Other animal groups have previously said most chickens in UK farming are selectively bred so that they grow to the equivalent of a human baby weighing 28th at just three years old.

And I mean…Anyone who would now think that such a company is only the exception is unfortunately wrong. Nowadays these are the standard methods in meat production.
All over the world!

It is said that animal suffering is systemic.
But what kind of system is that?
The answer is: the operators of the so-called “meat industry” brutally exploit everything and everyone in a kind of “back room” of our society. Although our lives are made of meat, the meat mafia goes to great lengths to keep their criminals secret and invisible to society.

The situation in the German slaughterhouses is not any better. The same grievances or similar situation has existed for over 20 years and maybe it has gotten worse.

By the way, and of course, all of this applies not only to the chicken farms, but also to cattle, pigs, sheep, etc. The (dismantling) personnel, called dismantling columns (!), mostly from third countries, are usually housed in a way that could well be described as ‘barracked’!

But the German government is proud to take the top places in the export world championship league with this criminal industry too.

TODAY we know more about nutrition than ever before, which is why there are no longer any arguments in developed industrial countries why animals and their hormone products MUST be part of a diet. Only the power and the law of the stronger allow us to act in this way.

Animals have a consciousness and the same feelings as we humans, such as grief, pain, fear, wanting to stay alive, wanting to live with their family.
And we can all understand that without any scientific evidence, videos and undercover investigations, right?

I cannot take seriously people who exploit others and also kill them for their own enjoyment or profit and cannot regard them as my friends.

There are many good reasons not to eat meat. But actually one is enough …!