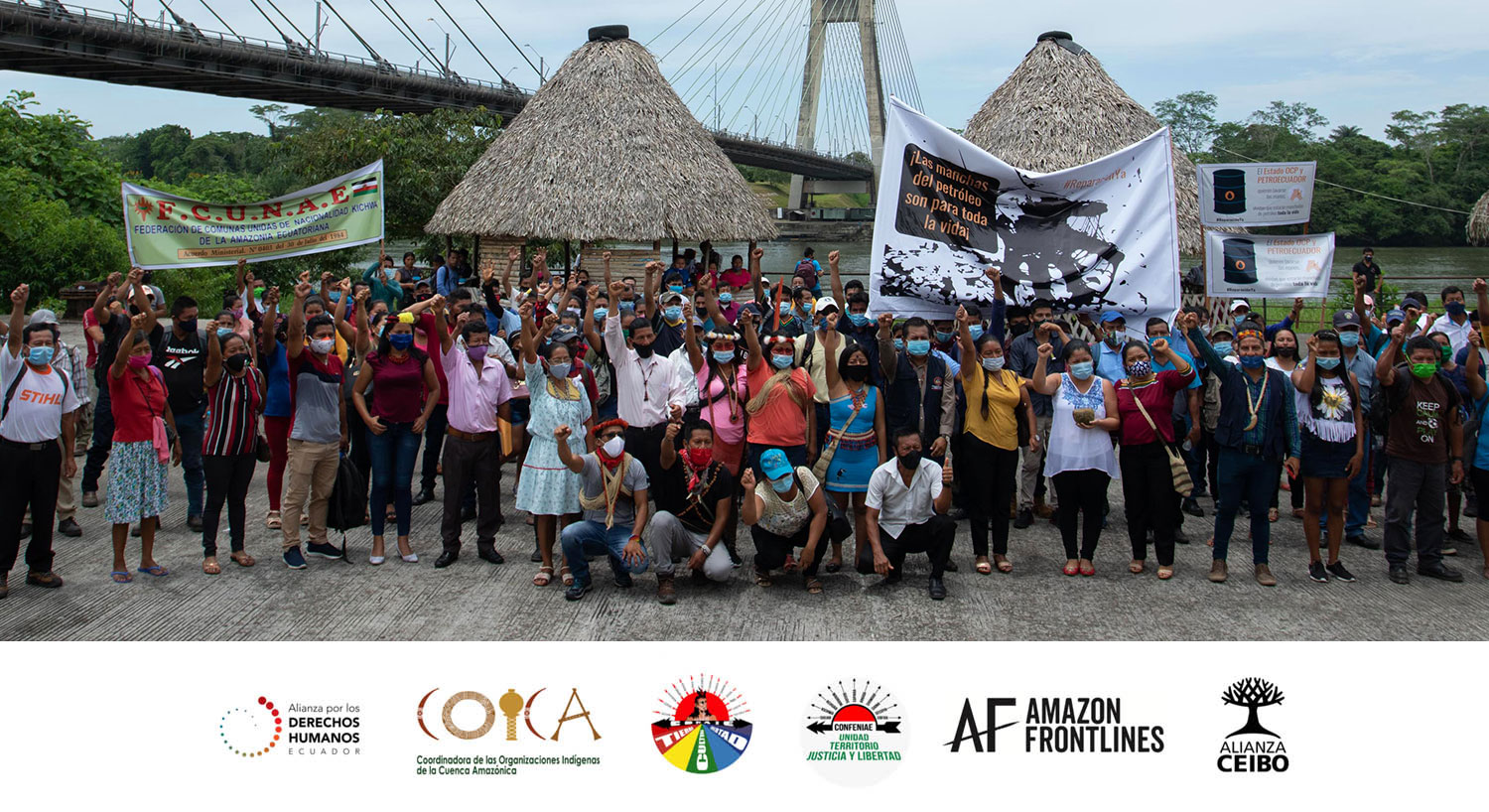 Unbelievable. Today, after months of unjustifiable delays in the lawsuit brought by Indigenous communities for the massive oil spill that occurred in the Amazon on April 7, the judge dismissed their case, citing that his court, which processes constitutional rights violations, was the incorrect legal venue.

What does this mean? It means that the judge sided with the oil companies by claiming that the constitutional rights of Indigenous peoples and nature were not violated by the spill, despite overwhelming evidence to the contrary.

Dirty crude oil contaminated the biodiverse headwaters region of Ecuador’s Amazon and affected the health and livelihoods of thousands of Indigenous Kichwa community members, and yet, this decision gives oil companies OCP and Petroecuador a free pass for their pollution and raises serious concerns about the oil industry’s influence over the judicial branch.

It is what Indigenous communities’ have feared since the start of this trial—that the justice system is rigged in favor of the country’s economic interests and doesn’t guarantee Indigenous peoples’ rights. It also tarnishes Ecuador’s pioneering constitution, which was the first in the world to incorporate “rights of nature”.

Can you believe the oil companies actually claimed the oil spill was an unpreventable “act of nature” and that the river would clean itself over time? They also claimed to have supplied adequate food and water to communities whose lands and drinking water were contaminated, but the families who received limited supplies say the aid was nowhere near enough to survive on and came with strings attached.

It’s not over yet. The Kichwa, backed by Amazon Frontlines and other allied organizations, will appeal and fight back.

More than 300 Indigenous community members from different nationalities came together on Monday to march with the Kichwa people in solidarity and demand justice. While the outcome of the lawsuit is not what we hoped for, the road to get here has strengthened the Indigenous movement in Ecuador and prepared us for the next phase.

We hope that you will continue to stand with us when that time comes. It has never been clearer that the power of the oil industry must be challenged. Join us and our Indigenous partners in calling for an end to extraction in the Amazon.

Help the fight back:

We stand throughout; united with the wonderful indigenous peoples of the Amazon – they must be protected from the abusers in the oil industry – WAV.