Fight injustice.
Stand up for those who cannot defend themselves

As the world’s most trafficked mammal, pangolins suffer immensely as poachers chop down and burn their treetop homes, throw the defenseless animals into bags, and transport them on nightmarish journeys before beating them to near-death and boiling the pangolins alive for “medicine.”

This repulsive trade impacts people, too; the new coronavirus may have been first transmitted to humans by a pangolin.

Sadly, the United States market is helping feed this ruthless trade — but there is new hope. Following a lawsuit from multiple activist groups, the U.S. Fish and Wildlife Service must decide by June, 2021 whether all pangolins will be protected under the Endangered Species Act, which would fully ban the horrific trade in the United States.

From 2004 to 2013 in the U.S, authorities confiscated 26,000 imports of pangolin products, the Center for Biological Diversity reported. And pangolin parts have been found in “medicinal” products in the U.S., according to a 2015 Humane Society International report.

Despite an international ban on pangolin trafficking in 2017, this brutal practice hasn’t stopped.

We must defend these innocent creatures from the brutal violence they endure in the wildlife trade and help prevent future zoonotic disease outbreaks by banning pangolin trafficking completely.

A plan to begin exporting live animals from Namibia to Kuwait has been quashed thanks to a united, global effort drawing attention to the suffering caused by the trade.

The idea that when one door closes another opens, is mostly reassuring. But when it comes to the global live export trade, this universal truth is the reason we need to remain ever vigilant. You see, as countries have become clued-up to the cruelty inherent to live export — and widespread opposition to it — live exporters have found it harder to shore up business.

When Australia restricted sheep exports during the dangerous northern summer months, exporters knocked on Romania’s door. And Animals Australia was there. When Romania began questioning the trade, they went to South Africa. Again, we were already there. When South Africa’s NSPCA took the battle to stop the trade all the way to the High Court, it was abundantly clear: this global trade in animal cruelty is well and truly matched by a global effort to stop it.

From Australia to New Zealand to Brazil to South Africa and to dozens of countries throughout Europe — there is a powerful, international collaboration of groups and individuals working together to save animals from this ruthless industry.

And it’s a compassionate effort that has just paid off in Namibia, with new plans to begin live export from the Southern African nation put on hold indefinitely.

The business plan put forward by Tradeport Namibia proposed to import 70,000 live sheep, 50,000 goats and 5,000 cattle from South Africa and Botswana for live export from Namibia to Kuwait.

As exposé after exposé has revealed — it’s a sea journey fraught with risk for the animals who would be confined in cramped and stressful conditions for weeks before facing terrifying fully conscious slaughter upon arrival.

A rapid-fire public and media education campaign was launched in Namibia to highlight the reality of live export for the animals. In its submission objecting to the business plan, Namibia’s SPCA noted that the trade undermines Namibian laws and standards and that allowing live export would:

…effectively endorse an archaic trade that is struggling to maintain a social license to operate in this day and age.

Former live export vet and whistleblower, Dr Lynn Simpson detailed for the Namibian media the animal suffering and deaths witnessed during her 57 voyages from Australia, warning:

I would caution any country approached by exporters to avoid getting caught in this trade of unnecessary cruelty and death.

And the warnings have been heeded. In announcing that plans to export live animals would be ‘put on ice’, Tradeport Namibia noted the strong opposition, locally and internationally, to the export of live animals and that the company did not want to be involved in a business that will attract widespread outrage.

A united global front is turning the tide on live export. We don’t always win, but we are always there. And every action you take to support these efforts takes us another step towards shutting the door on this industry, for good.

For as long as this cruel trade in living beings exists — we remain as committed as ever to sparing animals from falling victim to it. Will you join us?

Please spare 1 minute now to lend your voice to the animals — and help create a world free from the horror of live export.

Recent research by the Italian magazine “Repubblica” documents the animal suffering and environmental impact caused each year in Europe by illegal fishing.
The report, entitled “La Guerra del Tonno Rosso”, “The Bluefin Tuna War”, deals primarily with the problems that arise in connection with the commercial catch of a fish whose meat is internationally traded as a valuable commodity. 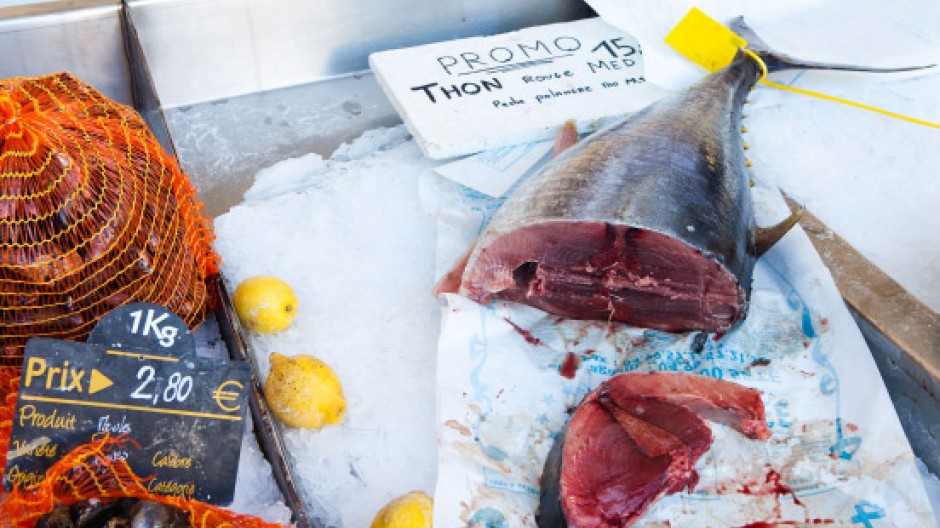 Animal Equality, has documented both the natural behavior of tunas underwater, and the plight of the bluefin tunas who are brutally killed. Bluefin tunas are able to feel pain and suffering like any other animal. This slaughter in Carloforte is a cruel practice that must stop immediately.

• Unnaturally high densities of tuna at the catching stage presented a significant stressor to individual animals.
• Fish were dragged from the ocean with giant sharp metal pick hooks and brought onboard ships.
• Extensive tissue damage was caused by the piercing, blunt hooks, and this is likely to have inflicted acute pain on the fish, who was still alive and conscious.
• The suspension of the tunas’ body weight caused the further tearing of tissues as a result of gravity working against the hook.
• The struggling, frantic movements of the tuna whilst suspended in the air indicated that the fish were in pain and stress.
• Fish were observed being repeatedly stabbed with knives in the thoracic (chest) region and major arteries, causing death via exsanguination.
• Animals were slaughtered in the presence of conspecifics which is likely to cause additional stress.

Every year, from late May to early June, hundreds of bluefin tuna are caught in traps called “tonnaras” as they migrate to their spawning areas.

“Tonnaras” is a complex system of nets in which the tuna are caught and then slaughtered.

On the migration to their spawning areas, the tuna are forced to swim through a system of fixed nets that lead into several enclosed areas.
After they have passed these “net tunnels”, they reach the “killing zone” where the animals are herded together and slaughtered.