More and more often you come across clothes, accessories, and blankets made of dog wool, also known as chiengora, on the Internet. The yarn from the combed-out undercoat of dogs should be sustainable and, above all, be produced without animal suffering.

Where does dog wool come from?

Manufacturers of products from Chiengora state that they receive combed dog wool from private individuals, breeders, animal shelters, and dog barbers for a fee. This is to ensure that the wool only comes from dogs raised in a species-appropriate manner.

However, the keeping of the animals is not controlled.
Many animals are also badly treated in private households and by breeders.

In addition, the fibers for products from Chiengora are currently mixed with the fur of agriculturally exploited merino sheep and alpacas in order to improve the quality.

With dog wool, as with any other product of animal origin, the following applies: sooner or later animal suffering is almost inevitable.

When clothing from Chiengora becomes a trend, many more people will want to get into the business model and breed dogs for wool production. As in many areas of the fashion industry, animals will then suffer for profit. In Asian countries, millions of dogs are already tortured and killed for leather and fur production.

Trading in dog wool could make the situation even worse. 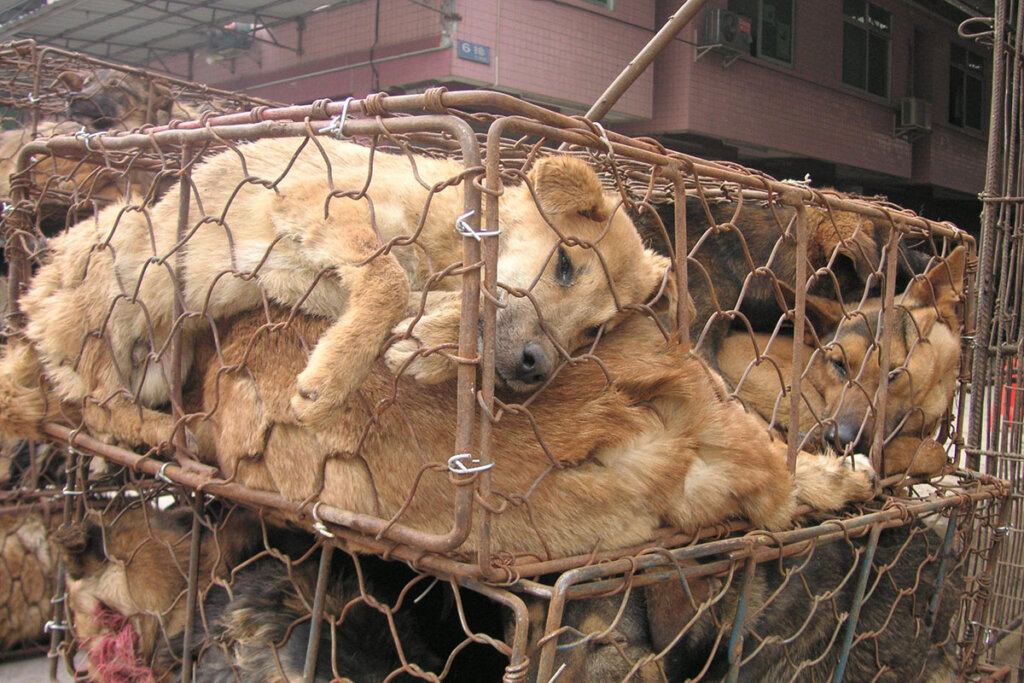 The excruciating abuse to which animals are exposed in the wool industry around the world clearly shows that as soon as one can make money with animals, they will suffer.
Animals are not resources and are not there to be attracted by us.

As soon as sweaters, hats, and scarves are made from their fur, it is only a matter of time before they suffer from the greed of individual people. For more sustainable fashion, it is better to invest in the development of plant-based alternatives such as woocoa or soy silk.

The proportion of animal quality products such as alpaca or cashmere

To make dog wool spinnable, products and clothing made of dog wool are often mixed with alpaca or merino wool, for which countless animals around the world are tortured, beaten, kicked, mutilated, mistreated, and killed.

Numerous undercover research by PETA shows how animals are beaten, mutilated, and painful cuts with shearing knives during shearing.
Many Angora rabbits and cashmere goats have their fur torn from their bodies so forcibly that they scream in pain.
They are all killed as soon as their coat quality deteriorates.

Dog wool is not new

In some parts of the world, dogs have been bred for their wool in the past.
In 2012, for example, the American Hibulb Cultural Center received a wool blanket made of dog wool from members of a historic indigenous coastal tribe.
The blanket, dating from around 1850, confirms oral records and research that suggest that indigenous tribes on the Pacific coast bred dogs for wool production for over 5,000 years.
The bones of the knee-high, hairy dogs have already been discovered at more than 210 archaeological sites on the Pacific coast, but could not previously be assigned to any type of dog.

In order to be able to process their fur into wool, the animals were not combed but sheared. In the meantime, many other products made from dog hair have been discovered. 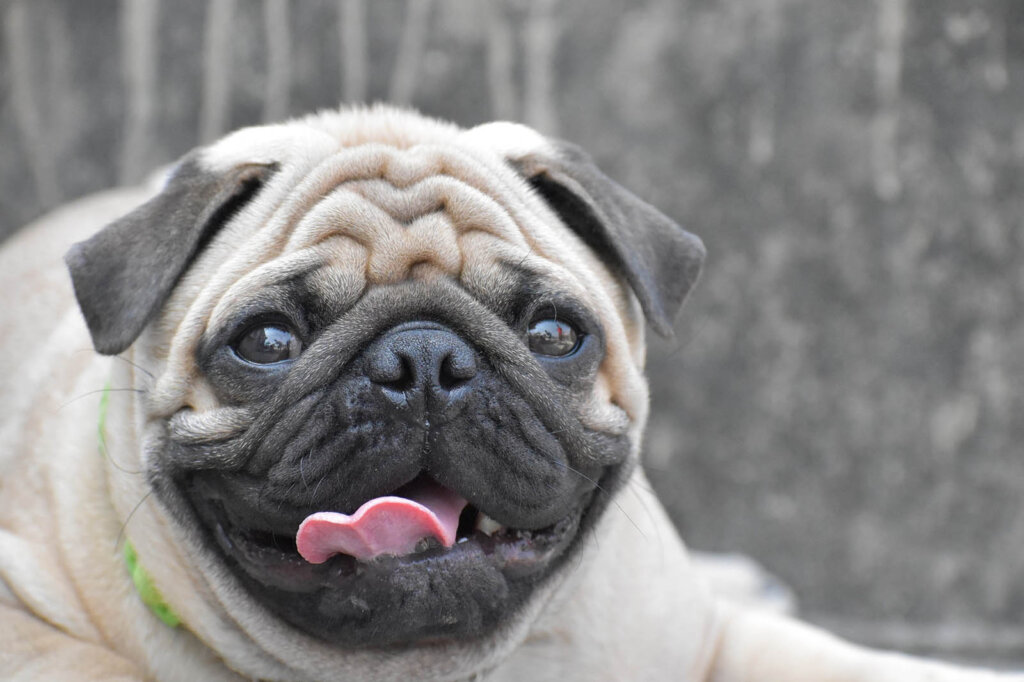 Even now, many dogs are treated as goods and bred en masse.
Every year around 80,000 dogs end up in animal shelters in Germany alone.

Regardless of this, irresponsible people keep breeding and create dogs according to certain ideals, colors, and shapes, which is often associated with massive suffering for the animals – for example in the form of shortened noses and the associated severe breathing problems.
But there is a lot of money to be made from breeding these animals.

But it makes no difference whether animal wool comes from a sheep, a dog, or a goat.
They can all feel fear, but also joy and affection. They panic when they are forcibly restrained for the shear or even their legs are tied.
They are in pain when the shearing knives cut into their flesh and leave bleeding wounds.

What you can do

To save dogs the fate of millions of sheep or cashmere goats, please do not buy products made from dog wool – unless it comes from your own animal as part of the necessary grooming and no other wool is mixed in.

Only then is the Chiengora really cruelty-free and does not promote the mass breeding of dogs as wool suppliers.

And I mean…The dog and cat hair business is flourishing on the Internet.
Where the best comes from, how to wash it, how it smells, how it warms …
All offers sound harmless and attractive, and mostly the sentimental dimension is addressed, namely that dogs and cats depilate anyway, so … why not make a sweater out of it?

It is true that as soon as money is made with animals, one can assume that animal suffering is also produced with this type of wool.
Therefore it is better to do without and prefer great synthetic materials!

One thought on “how animal-friendly is Chiengora really?”