740 tons of calf blood ordered and not collected
The serum is taken from the unborn calves of slaughtered pregnant cows.

Such slaughtering is not welcome in Switzerland, which is why the substance, which is important for pharmaceuticals, is imported by the ton.

It’s all about this

-Because a Basel pharmaceutical company went bankrupt, a Dutch importer is now stuck with 740 tons of calf blood.

-The blood serum is obtained from unborn calves from slaughtered dams. The practice is controversial.

-The substance is important for the pharmaceutical industry but has to be imported.

What to do with 740 tons of frozen calf blood that nobody wants?

This is the question asked by a Dutch freight forwarder who was supposed to import the substance for a pharmaceutical company in Birsfelden (municipality in the canton of Basel). The buyer went bankrupt at the end of last year, now the shipping company has stayed on the load, as the «Basler newspaper» writes.

The original value of 1.3 million euros has now shrunk to just 35,000 euros (!!)
Even destruction would cost twice as much.

But why does a Swiss company need hundreds of tons of calf blood from abroad?

According to the “«Basler newspaper»“, it was used in Birsfelden to produce Solcoseryl, an adhesive paste for use in the mouth.
The blood serum obtained from unborn calves is rich in enzymes and nutrients and is often used where small organisms are artificially bred, for example in the development of vaccines (!!)

In order to get to the substance, however, you first need an unborn calf.
This is removed from the uterus after the pregnant mother has been slaughtered. 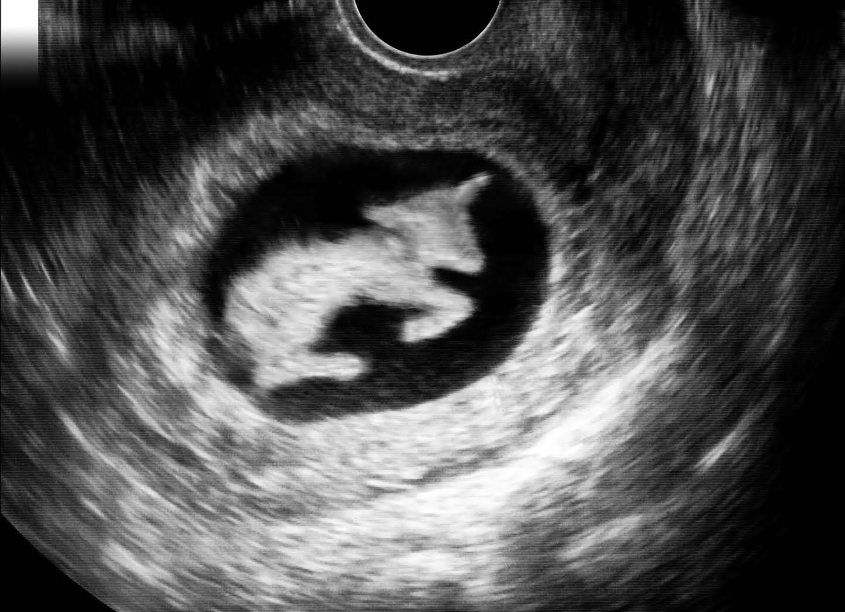 Because the slaughter of pregnant cows is not welcomed in Switzerland, the material has to be imported.
According to the “New Zealand Herald”, the blood is removed from the heart of the fetus with a needle, which gives around 300 milliliters.

The liter is then exported from New Zealand around the world for the equivalent of around 1,600 francs.

The slaughter of pregnant cows and the taking of blood from their unborn calves are repeatedly criticized by animal rights activists.
«Forbes», writes that it is unclear whether the calves feel pain.
The “Herald” quotes an anonymous insider, according to which the dams suffer because they are transported during the gestation period.

In addition, the allegation has been made that some farmers would deliberately drive pregnant animals to the slaughterhouse in order to collect additional money for the blood of the calves.

The slaughter of pregnant cows in Switzerland caused a sensation as early as 2015. But it was not about the collection of calf blood.
The killing apparently occurred as a result of a misunderstanding.
At the time, however, it was no exception.

A study carried out in 2012 by the Federal Food Safety and Veterinary Office (FSVO) at two slaughterhouses showed that pregnant cows were also slaughtered in Switzerland.
Also, many of the farmers did not even know that the animals they delivered were pregnant.

In 2017, the Swiss meat association Proviande made livestock owners responsible, as the industry magazine “Schweizer Bauer” writes.
For example, pregnant animals were only allowed to be slaughtered “in unavoidable exceptional situations and emergencies”.

At the end of 2019, a balance sheet was drawn up and the need for further action was identified.

Since January 1, 2020, a fee of 100 francs per slaughter has been due without sufficient justification.

So much for the serum collection procedure: If a pregnant cow is slaughtered, the uterus is removed, the fetus is exposed and then a needle is stuck into the beating heart to take the blood.

The heart still has to beat, otherwise, corpse poison and coagulated blood can contaminate the suctioned blood. The blood is then centrifuged and the serum collected as a yellowish supernatant and processed further.

“A study by Professor David Mellor of Massey University, New Zealand, from 2003 shows how excruciating the bleeding is: the fetuses are already breathing and have an intact brain function when their blood is drawn from them. The whole thing can take up to 20 minutes. “

And the “basis” looks like this: 800,000 liters of Fetal Calf Serum are produced annually (figures from 2016).
To do this, 2 million fetuses are cannibalized (or, to be more precise, would be “bled out”).

And yet there is still a huge demand for FCS that cannot be met by this offering.
Every drop of fetal blood is desirable. The demand is increasing worldwide. It’s a business that has a lot of room for scams.

Serum-free media are much safer. There is no hassle with microbes that contaminate the serum and make it unusable.

But the researchers claim that this work is complicated, time-consuming, and sometimes unsuccessful because the “imitation” cannot have the same ingredients as the original.
The fact is that a researcher has no moral problem, just takes the FCS out of the refrigerator and pipetted it to his cells in the plastic bottle

The nice thing about it is that hardly anyone knows about it, but we all pay it with our tax money