The world’s largest meat processing corporation, JBS, was hit by a cyberattack which disrupted meat production in the US, Canada and Australia, and forced many workers to stay home.

The intrusion on Sunday has targeted the company’s servers in North America and Australia, JBS USA said in a statement.

The company clarified that its “backup servers were not affected,” and specialists were working to restore operations as soon as possible.

It added that there was no evidence that any customer, supplier or employee data had been compromised.

The Australian Broadcasting Corporation (ABC) reported that numerous deliveries of cattle were canceled in the state of Queensland, forcing cow trucks to turn around. 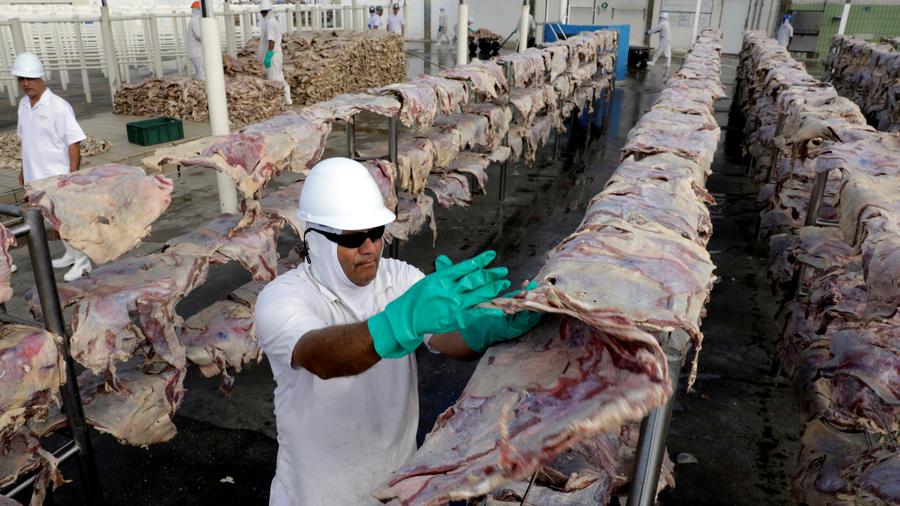 Grazier Colin Baker told the broadcaster he had to send the cattle back because “the meatworks was going to be shutting for an indefinite amount of time.”

ABC cited Andrew Foden, the head of the Australian Meat Industry Employees’ Union in Tasmania, saying that thousands of meat workers across the country were sent home as a result of the hack.

JBS runs 47 facilities and employs around 11,000 people in Australia, according to AP.

JBS Australia CEO Brent Eastwood told Australian beef industry news website Beef Central on Sunday that he could not say how long the stoppage on the company’s operations would last.

Federal Agriculture Minister David Littleproud said on Tuesday that although JBS makes up for around 20% of Australia’s processing production, he was expecting “significant impacts on exports so long as this isn’t a protracted shutdown.”

Littleproud told ABC Radio that the government was working closely with JBS and it is “too early” to say if the meat packing company was hit by a ransomware attack.

Damage was also done to JBS operations in the US and Canada.

A beef plant in Brooks, Alberta, which processes over 4,000 heads of cattle a day, had to be effectively shut down, according to Scott Payne from United Food and Commercial Workers (UFCW), who speaks for the Local 401 union branch in Canada.

In the US, two shifts at a JBS plant in Greeley, Colorado had been canceled, according to the UFCW Local 7 union.

Last month, the operator of Colonial Pipeline, the largest oil pipeline system in the US, paid a ransom of $4.4 million to hackers who targeted the company.

In exchange for the payment, the criminals provided a decryption tool to unlock the hacked systems.

Colonial Pipeline temporarily shut down operations as a result of the hack, sparking price hikes at gas stations due to the fears of fuel shortages.

And I mean...This is known as “ethical hacking”.
We need more of this ethical hack to stop these wicked murders of innocent animals.
It doesn’t really matter what you think about hacking at the moment and whether you like it, but it is important to realize that any nonviolent means is right against the meat industry which has only one goal:
Make More Money From Animal Suffering!
Everything else are just side effects!

Thank you to the hackers, you guys are great!
I find it legitimate to attack mass extermination camps.