A publication of the Fund for the Protection of Wild Animals (Fapas) uncovered a group of farmers who falsified the damage of the wolf in western Asturias.
The news collected by the entity on its website prompted an investigation by the Seprona de Vegadeo, attached to the Oviedo Command. 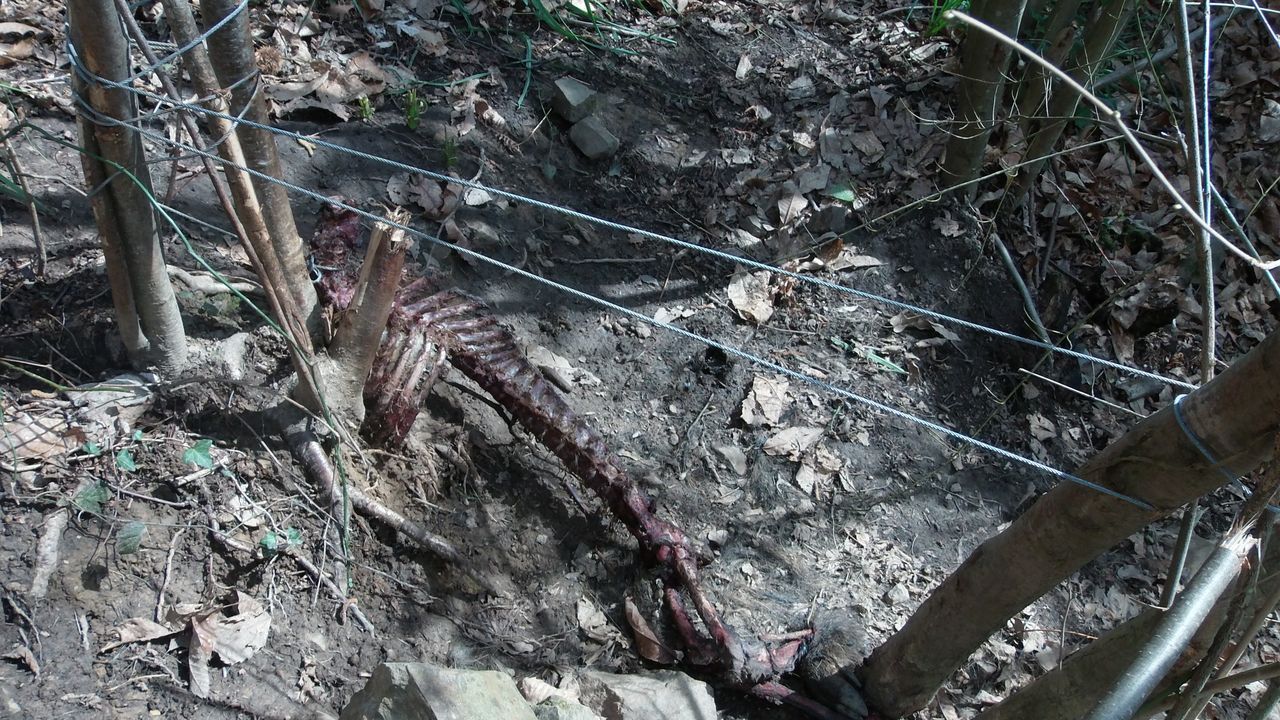 The operation took place under the orders of the Castropol Court of First Instance and Instruction, it took place for almost two years and culminated in the arrest of six Asturian farmers, accused of collecting more than 60,000 euros of public funds from the Asturian administration.

Likewise, it was shown that they had killed six wolves that were part of a pack shared between Asturias and Galicia.

In November 2020, a veterinarian from Asturias denounced in the Castropol court irregular practices of farmers who reported alleged attacks suffered by horses and whose cause, they pointed out, was the wolf.

However, the investigation showed that they were false and that the complainants had a very specific modus operandi: they separated the foals from their mothers and then abandoned them in the mountains, getting the canids to attack them and thus collect a subsidy that could reach 900 euros for each one.
This means a profit of between 600 and 700 per animal, since the price of it is between 150 and 300 euros.

From Fapas they assure that some of the animals left in the forest were bought in Galicia, as they are the cheapest specimens.

The Asturian veterinarian also denounced that the farmers fed the wolves so that they could approach the herds. This prompted the court to open an investigation by Seprona.

The proceeding of the defendants in the framework of this operation, baptized as White Fang, was to attract wolves to the area where the foals were located by means of feedlot.

In total, more than 170 horses were killed and linked to the cause between 2019 and 2020. In some cases, farmers falsified the documentation to collect a double subsidy, feigning the death of the same animal twice in six months.

The police agents made several house searches and confiscated weapons and mobile phones.

The investigation made it possible to demonstrate that the six involved, all of them ranchers from western Asturias, cheated more than 60,000 euros for false attacks by the wolf.

A hunted wolf that was provocatively hung on a road sign in the Natural Park and Biosphere Reserve de las Ubiñas La Mesa in Asturias, Spain.

They are accused of continuous crimes of fraud, animal abuse, against fauna, false report and cover-up.

After a while since the activities began, the wolves began to remain in areas close to the herds, and when they finished off the foals they continued attacking the cattle.

It was then that the ranchers decided to get rid of the canids by luring them with artisan baits that could contain substances to anesthetize them.

They were later beaten to death and left by the side of the road to divert attention and pretend to be accidentally run over.

In the case, three guards from the Natural Environment of the Principality of Asturias are also charged with trespassing for signing files of damage to the wolf without evidence confirming that they were committed by the canid.

For the same reason, the head of the Principality’s Natural Environment Hunting and Fishing service is being investigated for granting the detainees subsidies from public funds without sufficient evidence, the value of which exceeded 30,000 euros.

From Fapas they propose to appear as a popular accusation in the case, something that has already been confirmed by the National Association of Animals with Rights and Freedom (Anadel), which also reported the events to Seprona and appreciates the work of the agents in this investigation, as well as the of the judge.

From the entity they explain that the Regional Agrarian Office of the Principality of Asturias refused to facilitate the damage of the wolf and that a court order was necessary so that the investigators could access them.

«In Asturias the administration does not investigate fraud, it normalizes it. There is a “ranchers yes and wolves no” policy. This is not the first operation with farmers investigated and we denounce the lack of verification of damage from the wolf. The bad guy is not the animal, but the incompetent politicians, so we ask for the resignations of the people directly or indirectly involved in this case« they emphasize.

The Seprona investigation lasted two years, although the associations explain that practices like these have been happening in Asturias for years.

The first results of this research come to light in the midst of the great debate that has raised the decision of the Ministry for the Ecological Transition to increase the protection of the wolf in Spain.

And I mean…It is believed that the total number of dead wolves in Spain during 2017 will be between 500 and 650 animals (legally hunted, checked with the permission of the authorities, poached, run over, poisoned).
The hunt for wolves takes place in areas that are not designated as protected as well as in nature parks and biosphere reserves.

Politicians in wolf areas are only too happy to give in to the demand for the killing of wolves in rural areas – especially the farmers – because this is the only way they can count on the votes of the farmers in the next elections.

The government of the Principality of Asturias has banned all surveillance of wolves in the protected areas. They don’t want any data there, they don’t want anyone outside the regional government to have any real insight into the wolf population there.

So they can keep killing as many wolves as they want without ever being prosecuted and no one will ever be able to prove whether the persecution has a negative effect on the wolf population.

In 2017, an estimated 66 wolves were killed in the Asturias region alone, far more than anticipated, and illegally killed wolves have to be added to the legally shot animals.
The hate of some of the farmers for the predator is too great, so that they fight it with the most cruel means, including chickens filled with poison and needles that are laid out in the forest.

The practice of removing wolf pups from the burrows and killing them is widespread in Spain and is considered “normal”.

In the Picos de Europa National Park, too, farmers and recreational hunters practice wolf controls in their own interest and on their own.

Nobody knows how many wolves there are. Once the burrow is discovered, the parent animals are first shot and then the puppies are killed.

At the beginning of the year, the ministry and eight regions voted for the protection of wolves and decided to ban wolf hunting, we reported on that.

Apparently that does not prevent farmers or hunters from taking the law into their own hands, executing wolves how they like and also collecting money from this crime.