Article from “Together for the animals”

Very few consumers are aware of the horror behind this alleged “rejuvenating agent”, but it is ubiquitous on snail farms.
Like all living things in factory farming, the little animals are exploited and mistreated here.

The slime of the snails is needed to make this cream.
As the name suggests, snail slime is produced by snails.
The small animals generate it to protect against injuries, dehydration and for locomotion.
This secretion makes even razor-sharp razor blades an obstacle that is easy to overcome.

The production of this liquid is extremely strenuous for the animals and always associated with stress.
If the stress increases, the amount of secreted mucus also increases.
And this is exactly where the factory farming industry comes into play on snail farms. 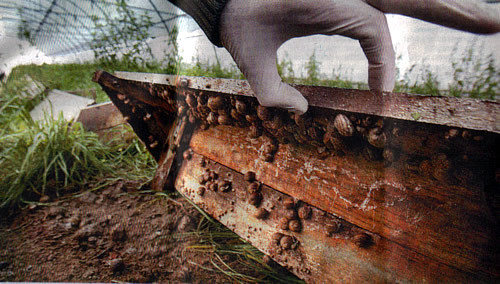 For this animal product, snails are kept anything but appropriate to the species in small cages.

In order to be able to harvest as much secretion as possible, the animals are put under artificial stress and pain using various methods, and all of them are cruel and ethically absolutely reprehensible.
So that the mucus settles outwards, the poor little creatures are centrifuged.

Damage is done to them to increase stress.
This happens through chemicals, salt, dehydration with salt water, acids, cold water, knocks with sticks or electric shocks, among other things. 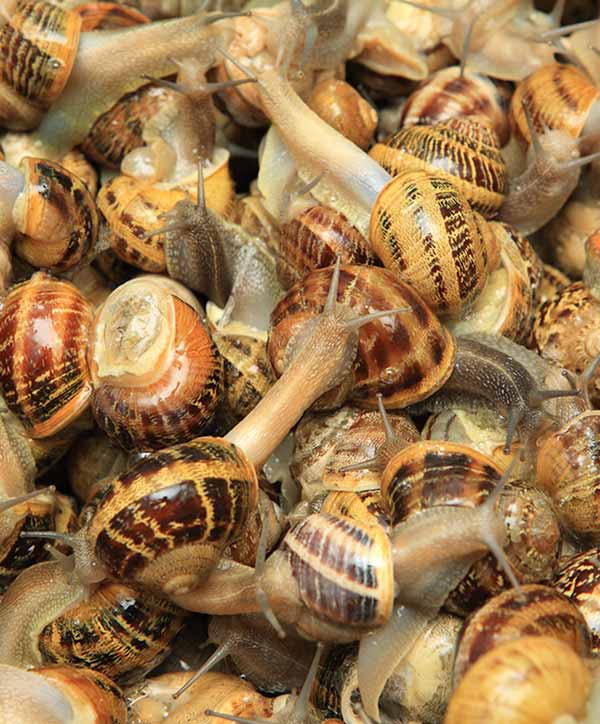 All of this is officially not considered animal cruelty globally, as it is claimed that animals are not harmed and do not die in the process.
This abuse is also not covered by the Animal Welfare Act, since snails are invertebrates and, in an incomprehensible manner, are said to be completely insensitive to pain.

But even though they only have a simple nervous system and a tiny brain, they are still able to feel pain.

They are breathing creatures and therefore not the plaything of humans.
There is no conclusive research result anywhere in the world about the allegedly rejuvenating and healing properties of this cream.

We condemn this kind of cruelty to animals against sensitive living beings in the strongest possible terms.

It is absolutely immoral for the mass production of a questionable anti-aging product to harm wonderful living beings and to deny their ability to experience pain. 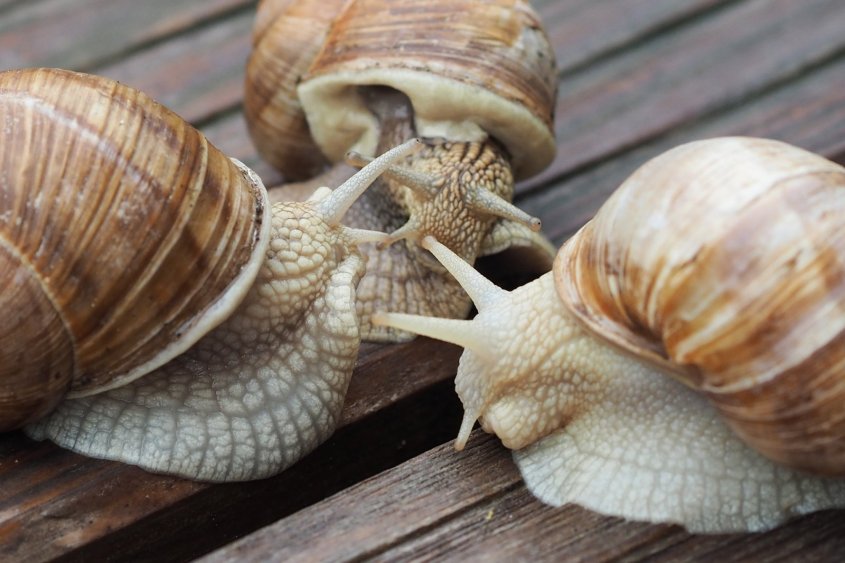 We also appeal to all consumers not to participate in this disgusting system of exploitation, because, as is so often the case, it is up to the end consumer to alleviate the suffering of the animals.

Please do not buy any products that contain snail slime, because after all, anyone with common sense should understand that the life and the integrity of breathing creatures weigh more than the illusion of beauty.

The best thing to do is to look out for items that are completely cruelty-free.

AND ALSO APPLIES TO SNAILS: EVEN IN THE SMALLEST BODY, A HEART BEATS !!! 💖🐌

And I mean…There has always been a public interest in snails, but not because of the snail cream, but because many meat eaters are interested in eating bred snails (i.e. several million snails are bred and killed each year)!
A well-known snail farm in Vienna alone, for example, breeds 200,000 Roman snails on 2000 m², that’s 100 snails on a single (!) Square meter.

Since ancient times, escargots have been regarded as a delicacy. They are particularly valued in France, Spain, Italy and Portugal in local kitchens.

The situation is somewhat reminiscent of the problem with fish not so long ago.
After all, it has long been thought that fish cannot feel pain and have no feelings.
It was only thanks to dedicated advocates for Pisces that we now all know that this is not the case.
Today we can safely say that Pisces feel pain.

It is quite likely that snails will feel pain too, and just as likely that science will find it out in the near future. 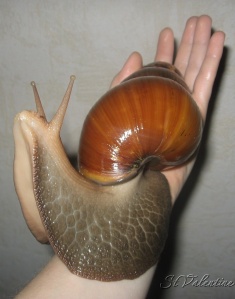 So if we don’t know whether someone is capable of suffering, it is better not to hurt them