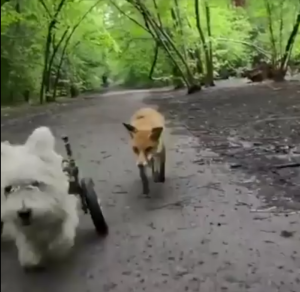 Actually, the support between the two disabled animals works better than it would have worked between humans.
You don’t even notice their difficult fates.
They both enjoy life.